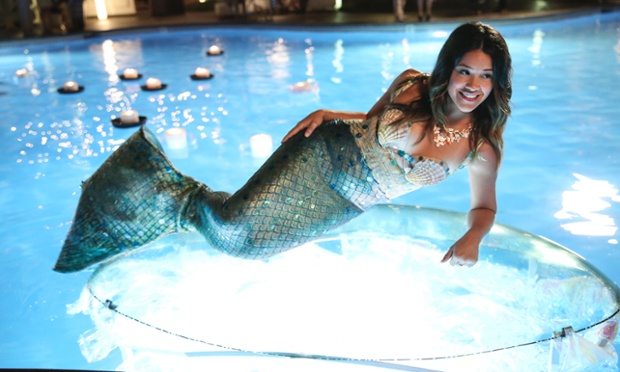 As traditional audiences move to on-demand services, networks are attempting to appeal to one of America’s last audience of loyal, committed TV watchers: Latinos.

In an internal memo sent to employees on Monday, MSNBC president Phil Griffin outlined his plans to bolster the channel’s viewership. The reason for the change of plan is simple: its audience has hit its lowest point since 2005 and it finished third in cable news behind Fox News and CNN. The decline in tradition television audiences across the board has been affecting cable and network channels since the turn of the decade with former nailed-on winners such as ABC’s Modern Family losing viewers. But the one advantage MSNBC has over its competitors is its ability to attract a diverse audience, and especially Latino viewers.

Latino viewers are an increasingly important demographic for all networks. The Nielsen Company found that Hispanics in the US have over $1 trillion in purchasing power and represent more than half of US population growth between 2000-2010. Bi-lingual homes where both Spanish and English are spoken currently watch about 50% Spanish-language television, while English-dominant Hispanic households watch a mere 3% of Spanish-language TV. In other words, television networks need to win over this audience if they want to make up the shortfall left by formally loyal absconders. But at the moment few networks are catering for Latinos specifically.

“Everybody – cable or broadcast, news or entertainment – lacks the same thing,” says Alex Nogales, president of the National Hispanic Media Center (NHMC), a media advocacy and civil rights organization for the advancement of Latinos. That “thing” is Latino executives who can guide and drive programming and talent decisions to best reach that specific audience. Nogales believes that while every network genuinely wants to have a foothold among Latinos, they continually fail to deliver the type of programming that those audiences want.

“I know they want to do the right thing for the business reasons behind it,” he said. “They see us, they know the numbers – but they haven’t really executed in terms of programming for Latinos.”

And the business reasons Nogales alludes to are significant. Hispanic women in particular represent a particularly sought-after advertising demographic. A 2013 Nielsen report shows that while Hispanics in general represent $1.3 trillion in purchasing power, it is the female members of Hispanic households that are driving purchasing decisions. That purchasing power is expected to reach $1.5 trillion in 2015, with Latinas expected to be 30% of the total female US population by 2060.

Latino viewers are not just critical for cable news, but for scripted programming as well. ABC’s overt attempt to target a Latino viewership with the sitcom Cristela has seen a major ratings win for the network. The show, helmed by comedian Cristela Alonzo, is the number two most-watched new comedy of the fall TV season. (Interestingly, it is ABC’s Black-ish, an attempt to speak directly to African-American viewers, which is the season’s top new comedy). As a result of the NHMC’s Memorandum of Understanding signed by the networks, they are now required to publish annual statistics on diversity and employment. The NHMC also published report cards each year, grading the networks on the presence of diversity shown in scripted and reality programming, as well as in writing, directing, and producing positions. According to the data gathered by the NHMC, Latinos made up 8% of regular characters on primetime broadcast scripted new and returning series in the fall 2013 television season. Furthermore, Latinos were only 3% of guests in cable news shows, Latino TV writers are underrepresented by a factor of four to one, and Latino TV producers are underrepresented five to one at the executive producer level, and nearly 30% of all television shows have no minority writers on staff.

But when it comes to increasing viewers, the need for securing a Latino audience is not just a politically correct pander, but a financial necessity. Cristela may have drawn a large audience but the breakout critical hit was the CW network’s, Jane the Virgin. After series star Gina Rodriguez received a Golden Globe nomination the show saw a 20% bump in viewership for its winter finale episode, which garnered 1.3 million viewers. In comparison, network heavyweight The Voice earned only 2.9 million viewers for NBC for it’s season finale, and NBC’s new Katherine Heigl-helmed drama State of Affairs had 1.6 million viewers.

MSNBC has recently added Telemundo anchor Jose Diaz Balart, a Cuban-American, to their roster but as Nogales asserts, the networks have some way to go before they get it right.

“There are negative stereotypes left and right – and they still occur,” says Nogales, “You have to include us to make sure you’re not creating stereotypes that blow up in your face. You have to know our sensitivities and then know how to proceed.”

One can only assume that the network realises that should it wish to rise above its competition in the cable news landscape, that means telling the stories that matter to people outside the echo chambers on either coast. As Nogales put it, “This is not a time for niceties – you have to do something. Stop standing in front of the elevator and saying, “You first,” “No, you first.” It’s time to just get in the elevator already.”

Check this out at the TheGuardian.com