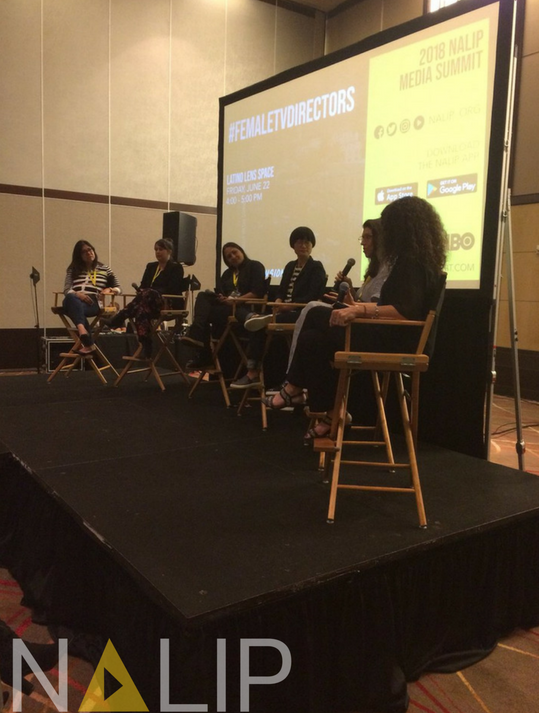 Even with the increased demand for episodic content, women of color remain offensively underrepresented in behind-the-camera positions. The jobs are out there, but WOC are not being considered for them. To address this bias, NALIP (National Association of Latino Independent Producers) put together a discussion with five prominent female directors during this year’s Media Summit.

The panel featured a combination of those who started out making independent film and moved into television and others whose bread and butter has always been short form storytelling: Catalina Aguilar Mastretta (Vida), Aurora Guerrero (Queen Sugar), So Yong Kim (Vida), Kimberly McCullough (One Day at a Time), and Linda Mendoza (Fuller House).

What It’s Like to Be a Latina Showrunner in Hollywood

Out of 500 television shows currently being produced, we can count on one hand (one!) the series that are being led by Latinas. The role of showrunner — you know, the person who has a vision for the show and guides the choices on everything from casting to who writes and directs each episode — has long been synonymous with men. White men, mostly. Think Matthew Weiner on Mad Men or Damon Lindelof on Lost. But women like Tanya Saracho (Vida), Gloria Calderon-Kellet (One Day At A Time) and Danielle Sanchez-Witzel (The Carmichael Show) are making a mark on contemporary television and proving that there may yet be a future where Latinx talent behind the camera flourishes and is celebrated as loudly as the kind in front of the camera. Gathered together as part of the Keynote luncheon at the National Association of Latino Independent Producers (NALIP) Media Summit, these three Latinas dished on how they got to where they are, how they dealt with the discrimination that risked putting them off their dream job, and what they hope to change as they move forward in their careers.