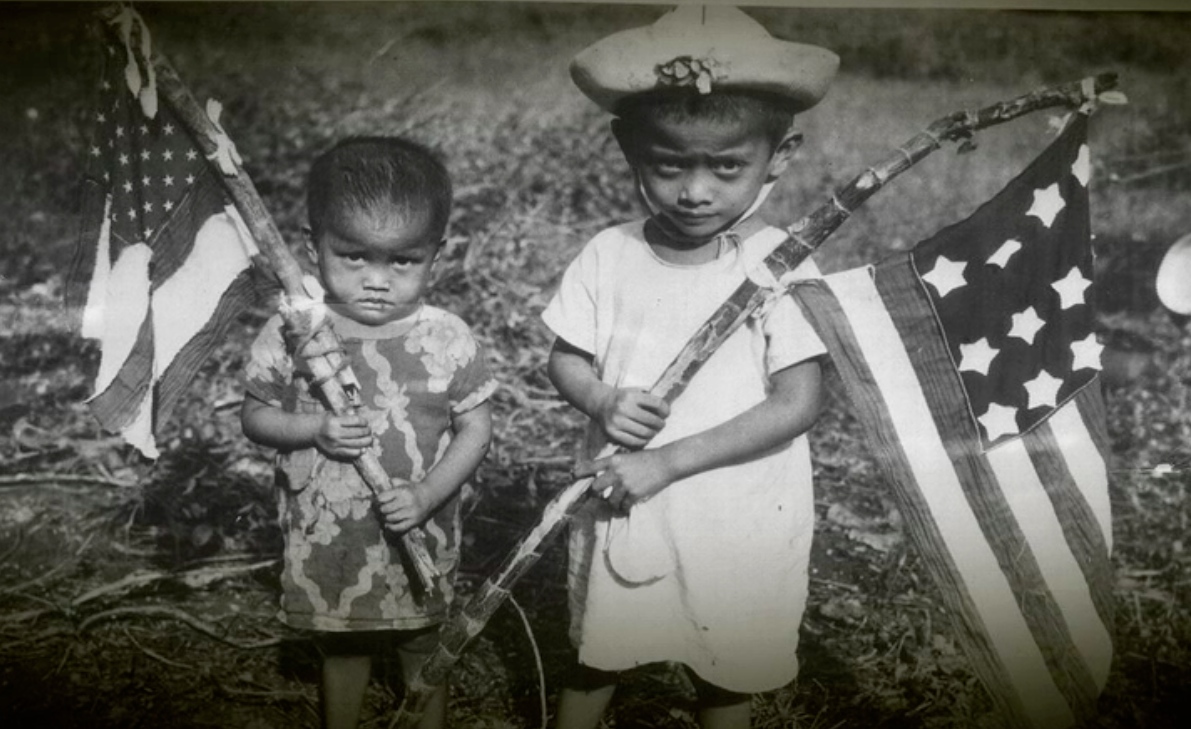 National Educational Telecommunications Association (NETA) presents War for Guam for Asian American and Pacific Islander Heritage Month. The first public television documentary about the experience and impact of WWII on Guam, a US territory since 1898.

In May, to commemorate Asian American and Pacific Islander Heritage Month and Memorial Day, public television stations throughout the country will begin broadcasting War for Guam, the latest production by award-winning filmmaker, writer, and scholar, Frances Negrón-Muntaner.

The program tells the story of how the native people of Guam, the Chamorros, endured a three-year Japanese occupation only to be stripped of much of their ancestral lands by the U.S after the military liberated the island. “It’s vitally important to bring this story to the American audience, not only as a witness to history but to deepen our understanding of war’s effects on native people and their lands, not only then, but now,” said Gayle Loeber, Director of Programming and Information for NETA, a distributor for public television. “NETA’s program service is proud to include War for Guam in our catalog of diverse, well-told stories.”

Filmmaker Negrón-Muntaner adds, “The program aims to amplify the voices of the people of Guam and contribute to an urgent dialogue regarding the long-term effects of U.S. military policy on the island.” Guam became a U.S. territory as a result of the Spanish-American War. From 1899 to 1941, naval captains appointed by the president of the United States governed the island.

Under American military rule, the Chamorros did not enjoy U.S. citizenship or basic civil rights. In 1941, Japan’s Imperial Army invaded Guam and harshly ruled the island until 1944. The Chamorro people remained loyal to the U.S., risking their lives to protect American soldiers who had avoided deportation. Despite the fact that Guam was the only occupied Pacific island that was a U.S. territory, it was the last to be liberated by the American military. In part due to this delay, Japanese forces massacred nearly 10% of Guam’s population before the landing of U.S. marines.

“This was a painful time for the Chamorros of Guam,” expressed Baltazar Aguon, the film’s co-producer. “All families were touched, including my own. The deep scars of that period and its aftermath still shape the lives of everyone on Guam.”

The Chamorros, who had been interned in several concentration camps for weeks, welcomed the U.S. soldiers as saviors from death. Yet, immediately after Guam's liberation on July 21, 1944, the U.S. proceeded to confiscate three quarters of Guam's landmass for military and recreational purposes. Chamorros responded with a drive for the people of Guam to become U.S. citizens, believing that such status would protect them from the seizure of land. After years of organizing, in 1950, Chamorros became U.S. citizens. But basic citizenship rights such as the ability to vote for president and a having a voting delegation in Congress were not extended; there was also no significant devolution of land. Instead, Guam was quickly ushered into a market economy where most activity revolved around military contracts and military service. Presently, nearly a third of Guam’s land remains under military control.

“The sacrifice of the Chamorro people continues to this day,” said Guam Senator Frank Blas, Jr. “Today, Guam has the highest per capita rates of soldiers going and dying in U.S. wars. Most Chamorros are proud of their service. Yet the United States has a difficult time properly recognizing us as part of the American family. Many sons and daughters of Guam have paid the ultimate sacrifice for protecting liberties we are not afforded."

Marginally employed or working for the military, Chamorros initially found it difficult to seek justice. But as Chamorros increasingly felt like squatters on their own land, the memory of the war started to change from that of being rescued to that of being occupied. “The war,” as survivor Jose Garrido concludes in the program, “is not over yet for us. We are still fighting”

For more information about the film and filmmaker visit www.warforguam.com