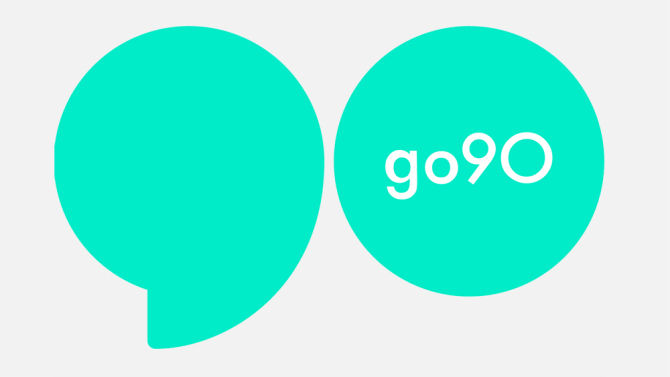 Verizon is getting ready to launch a new mobile video service called Go90 this summer, Variety has learned. Go90 promises users full episodes of TV shows from select networks as well as music videos and other short-form content, and the company will at least initially offer the service entirely free of charge.

Verizon has talked for some time about plans to launch an online video service, but the company has kept mum on crucial details, including brand and pricing. This week, it accidentally made a pre-launch staging website available online, revealing not only Go90’s name but also many key details about the service.

A Verizon spokesperson wasn’t immediately available to comment when contacted for this story.

The website states that Go90 will deliver “live music, exclusive events, best of web content, sports, prime time and more.” Users will be able to watch “full length shows and short highlights, all for free,” the site boasts elsewhere. And an About section states:

“We didn’t want to mimic TV—that’s just an appliance you rearrange your living room around. Instead, we wanted to create a mobile-first, video-based app that can keep up with you and your on-the-go social life. One that features completely immersive live and on-demand content, no matter where you are or where you’re going. No cord required.”

Verizon had announced some content partners for its online video venture in recent months, including DreamWorks, Scripps, AwesomenessTV, Vice, ESPN and CBS Sports. The Go90 staging site lists a few additional, still-unannounced content partners, including Victorious, GoPro and Vevo. Screenshots of the Go90 app published on the site include references to content from Fox and AMC.

Go90 will also include NFL content, for which Verizon owns the mobile rights, and content from Nickelodeon, Comedy Central and MTV, thanks to a partnership with Viacom. However, while Go90’s iOS and Android apps are going to be freely downloadable from the App Store and Google Play, at least some of that content will be exclusive to Verizon mobile subscribers.

It’s worth noting that the website still includes placeholders in some places, and it’s entirely possible that Verizon could change the service’s content line-up or other details ahead of its launch. A source with knowledge of the company’s plans confirmed that Verizon has been planning to make the service freely available at launch, and also that the company wants to contribute its mobile NFL content. Another source said that the service’s launch had been delayed multiple times.

However, activity around Go90 has intensified over the last two months. In May, Verizon used a shell company called 2342 Holdings LLC to register four trademarks for Go90. Later that month, the same company registered the domain Go90app.com.

Verizon CFO Fran Shammo said during this week’s Q2 earnings call that the company’s service is going to be ready late this summer, adding: “It won’t be the full entire of everything that we contemplate within the product set. It will be an initial launch and as the year goes on it will progress.”

There was some talk at Vidcon this week that Go90 could launch as early as next week, but it’s also possible that this will be delayed as Verizon looks to add some of the content it gained through the AOL acquisition to the service. Shammo acknowledged this week that AOL and its content are going to be instrumental to the new service. “We can’t leave out the AOL content that is coming with the acquisition, including Huff Post and TechCrunch,” he said.

AOL also seems to play a major part in the ad-based monetization and general; direction of the service going forward. In fact, Shammo confirmed during the call that Verizon’s OTT service will now be led by AOL CEO Tim Armstrong and Verizon’s EVP Marni Walden, who effectively is Armstrong’s boss since the acquisition.

The launch of a free, ad-supported mobile video service would just be the latest twist in what has been a long and at times rocky history for the people building the service. Much of the team was initially hired by Intel with the goal to build a full-blown TV subscription service, complete with live broadcast and network feeds and a set-top box, to compete with existing pay TV services from cable and satellite TV providers.

Intel hired former BBC Player exec Eric Huggers to lead the service, and originally planned to launch it under the name OnCue in 2013. The project was championed by then-executive Paul Otellini, who saw it as a way for Intel to extend into the consumer services business. But Intel got cold feet, and Otellini’s successor Brian Krzanich decided to sell OnCue to Verizon for $200 million instead.

References to OnCue can still be found throughout the Go90 staging site, which is in fact hosted on OnCue.com, but a source close to the OnCue team said that the new service will bear little resemblance with OnCue’s user interface.

Early on, it became clear that not everyone was on board with Verizon’s plans to turn OnCue into a mobile video service. Some key execs didn’t make the jump from Intel to Verizon, and Huggers left soon after the acquisition. He now leads music video platform Vevo, which may be why it’s no surprise to see Vevo content on Go90.

For Verizon, Go90 could just be a first step towards a multi-pronged online video approach. AOL is already contributing a healthy online video business to the company, and Verizon also has B2B relationships with other video vendors through its Verizon Digital Media Services business.

In that picture, Go90 may have more than one function for the company: It can generate revenue through advertising, promote Verizon’s mobile business with exclusive content and demonstrate to other companies interested in building video services that Verizon has the knowledge and tools to power such a service.

Check out more at Variety.