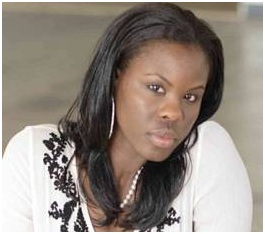 As Film Fund Coordinator for documentary films at Sundance Institute, Velissa Robinson is an instrumental voice for the Sundance Documentary Fund. She is responsible for expertise in the review, evaluation and selection process, and is part of the visioning and strategy around Audience Engagement grant making initiatives. Robinson provides individualized editorial and creative feedback for supported artists from around the world, and supports new programs such as Sundance Institute’s Women Filmmaker and Diversity initiatives. Prior to Sundance Institute, Robinson worked with Tyler Perry’s 34th Street Films as well as with B.E.T. Network. She earned her MFA from the USC School of Cinema and Television Production in film production with a concentration in directing.

Sundance Documentary Fund, part of the Sundance Institute Documentary Film Program, provides creative and financial support to cinematic, feature documentaries from independent filmmakers globally. We provide $1M-$2M in non-recoupable financing annually across all stages of development, production, post-production, and strategic audience engagement. Films supported have included Why We Fight; Trouble the Water; Reportero; The Queen of Versailles; The Interrupters; Free Angela; Powerless; When I Walk; God Loves Uganda; Invisible War; and The Square. In addition to financing we offer a year-round suite of creative support opportunities including Creative Labs, Fellowships, and Work-In-Progress screenings. In supporting a broad spectrum of innovative and creative non-fiction storytelling, Sundance Institute embraces documentary film as a vital contributor to the language of the 21st century.