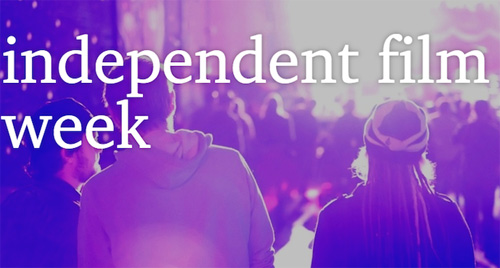 Are you an emerging filmmaker of color? Funders are looking for you!

At Independent Filmmaker Project’s Film Week in September, a panel of documentary funders discussed diversity in film production. According to Leslie Fields-Cruz, interim executive director of The National Black Programming Consortium, there is a need for more filmmakers of color.

“Out of the films that are presented [to AfroPoP], my mission is to make sure 50 percent are made by producers of color,” Fields-Cruz said. “I am starting to have a problem to try to make sure that happens.”

The funders at the panel, titled “In Living Color: Funding Diverse Stories and Filmmakers,” are seeking to reverse that trend. They offered their guidance to prospective applicants. Here are three tips to help funders find you.

Think about the big picture.

Just because you have a good subject, it doesn’t mean you’ll have a good film. Alex Hannibal, coordinator of documentary programming at Tribeca Film Institute, said a common issue is that passionate filmmakers only have their eyes on the project. Think about where the film will land, and why you are doing it, she said.

Thinking about the factors surrounding the project—the destination of a film and the motivation behind its production—can allow a filmmaker to occupy a wide spectrum of genres. Moira Griffin, manager of diversity initiatives at Sundance Institute, suggested that filmmakers should experiment with different ways of getting their message across. If a filmmaker is seeking to tackle social justice issues, she said, they should expand their definition of a social justice film.

Be creative to attract private funding

Diversity is no longer a mandate for many foundations, according to Loira Limbal, director of the Firelight Media Producer Lab, so you may need to get creative—add a white male co-producer, if that’s what it takes. And, as Griffin pointed out, there are private, wealthy non-white funders who producers of color can approach.

Public television can provide a high profile outlet and resources, but the venue is easily overlooked by young producers, according to ITVS Programming Manager N’Jeri Eaton. Often, young filmmakers don’t consider public television and its potential funding, Eaton said, because they don’t believe that their audience aligns with the audience of public television.

Develop your audience and track the conversation

Cultivating your audience at the beginning of the production process is an important step in presenting your work, Griffin said. Once you find that audience, you can showcase the fact that your work has an interest base. And, according to Limbal, there are underserved audiences who would respond to films from producers of color. If you produce for an underserved audience, then you can prove to funders that your film has a built-in interest sect.

Fields-Cruz added that in order to continue growing their audience, filmmakers should keep track of metrics and lead conversations with their viewers.

Do you agree with the panelists? Do you have your own tips? Share your experience in the comments.