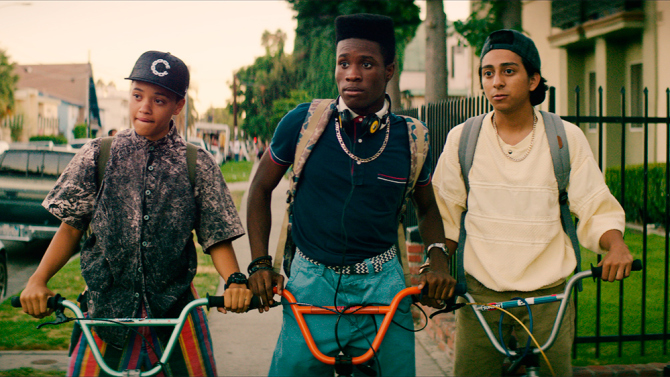 While hosting this year’s Oscars, Neil Patrick Harris joked that the awards show honors “Hollywood’s best and whitest. Sorry, brightest.” The comment has a troubling amount of truth behind it.

A new USC study confirms the lack of diversity in film that Harris lambasted. Nearly three quarters (73.1%) of all the speaking or named characters in the 100 top-grossing movies of 2014 were white, according to Inequality in 700 Popular Films, a study from the Media, Diversity & Social Change Initiative at the USC Annenberg School for Communication and Journalism.

The study examined gender, race and ethnicity in films from 2007 to 2014. The report found 4.9% of all speaking or named characters in the 100 top-grossing movies of 2014 were Hispanics or Latinos, who comprise 17% of the population. According to the Motion Picture Association of America, Hispanics account for 25% of frequent moviegoers, while Asians make up 8% of the population and 9% of frequent moviegoers. African-Americans comprise 12% of all moviegoers.

Along gender lines, 30.2% of the 30,835 speaking characters evaluated were female across the 700 top‐grossing films and only 11% of the films had gender‐balanced casts or featured girls/women in roughly half (45‐54.9%) of the speaking roles.

Only 17 of the 100 top films of 2014 featured a main actor from an underrepresented ethnic group and a full 17 films did not feature a single black character. Across the 100 top films of 2014, only five of the 107 directors (4.7%) were black — only one was female and black. Of the films with a black director, 40.2% of all characters were black. When the director was not black, only 10.6% of all onscreen speaking or named characters were black. The report also found only 45 black directors have been attached to the 700 top‐grossing films – that means just 5.8% of all top-grossing films in the last seven years were directed by black directors.

Only 19 Asian directors worked across the 700 top‐grossing films, meaning just 2.4% of recent top-grossing films were directed by Asians. (Only one Asian co-director was female across the films analyzed.)

Across 4,610 speaking characters in the 100 top films of 2014, only 19 were lesbian, gay or bisexual. Not one transgender character was portrayed. Ten characters were coded as gay, four were lesbian and five were bisexual. Only 14 movies sample wide featured an LGB depiction and none of those films were animated.