Every year during NALIP's Season Of Giving, we strive to support the advancement of LatinX and underrepresented communities through our many programs such as NALIP Media Summit, Latino Lens™, Latino Media Fest, Diverse Women In Media Initiative and more.

In 2019, we dedicated Season of Giving to the Diverse Women In Media Initiative. We highlighted powerful influential women and emerging professional women from NALIP internships.

At our 2019 Diverse Women In Media Forum, we connected, promoted and provided mentorship for content creators and executive professionals to advance their careers. Together we provide resources to the next generation in the entertainment industry.

2019 Diverse Women In Media Forum was an empowering day filled with thought-provoking panels, an engaging mentorship session, and a few moments to recognize women in the industry for their work in helping to create a more inclusive space for women of color and underrepresented communities.

Before working with Upright Citizens Brigade (UCB), Irene volunteered at NALIP as a Digital Volunteer for 2018 NALIP Media Summit, Interned for 2018 Latino Media Fest, Volunteer Coordinated at the 2018 Diverse Women In Media Forum, and spearheaded the pre-production of future NALIP podcasts.

Before working with NBCUniversal Media, LLC as an Assignment Editor, Vania served NALIP as a communications intern in the Spring of 2018.

From a communications intern at NALIP to News Assignment Desk intern at TMZ, NALIP makes it possible for diverse creatives, like Sharon, to pursue their professional development in entertainment and media.

Before working with The Whitehouse Post, Stephanie served NALIP as a Digital Intern for NALIP events including: the NALIP Media Summit ’18 (NMS), Diverse Women In Media Forum ’18, Digital Roundtables, and Sundance, eventually evolving into a Digital Production Associate. 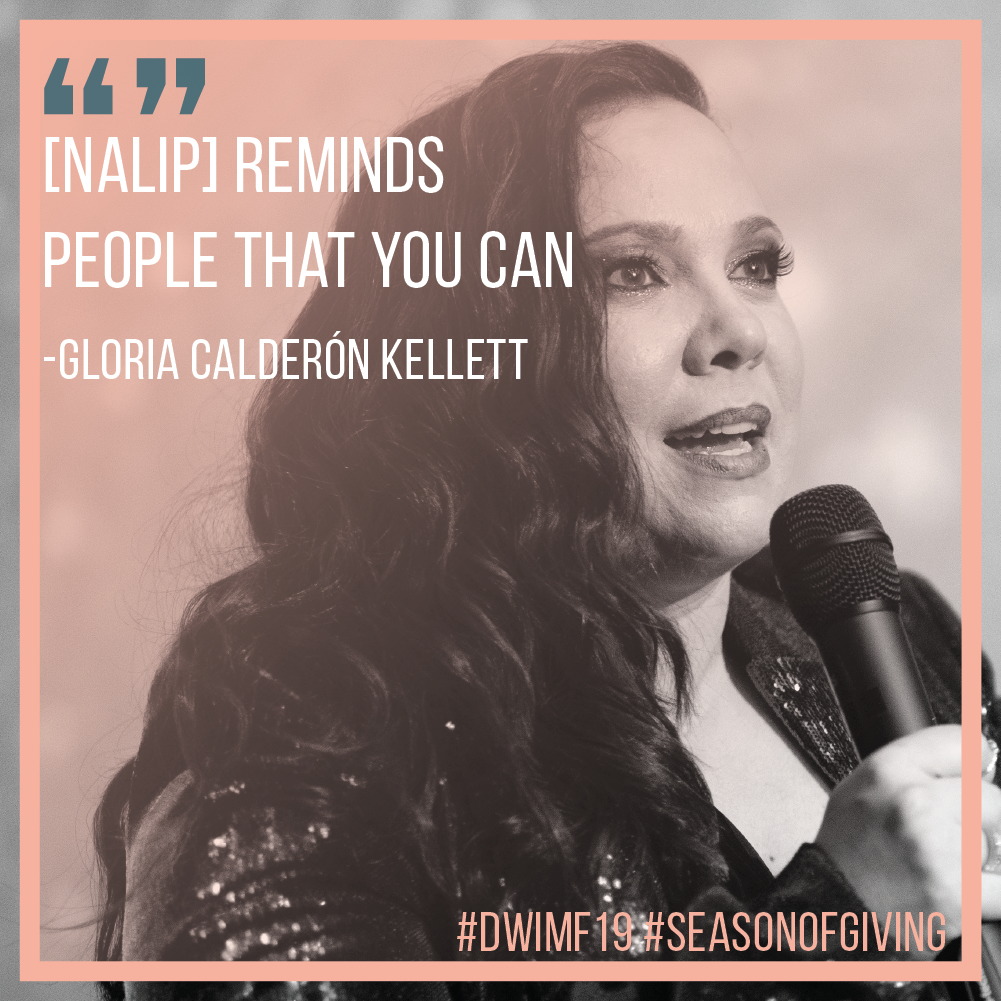 Gloria Calderón Kellett has never been one to shy away from controversial topics like LGBTQ+ relationships and toxic masculinity. She has created roles that steer clear of Latinx stereotypes as showrunner of “One Day At a Time,” and continues to amplify Latinx voices both behind the camera and on screen. We presented her with the Industry Pioneer award at our 20th Annual NALIP Media Summit.

We are pleased to continue supporting influential women of color like Calderón Kellett who have created space for strong Latinx characters. 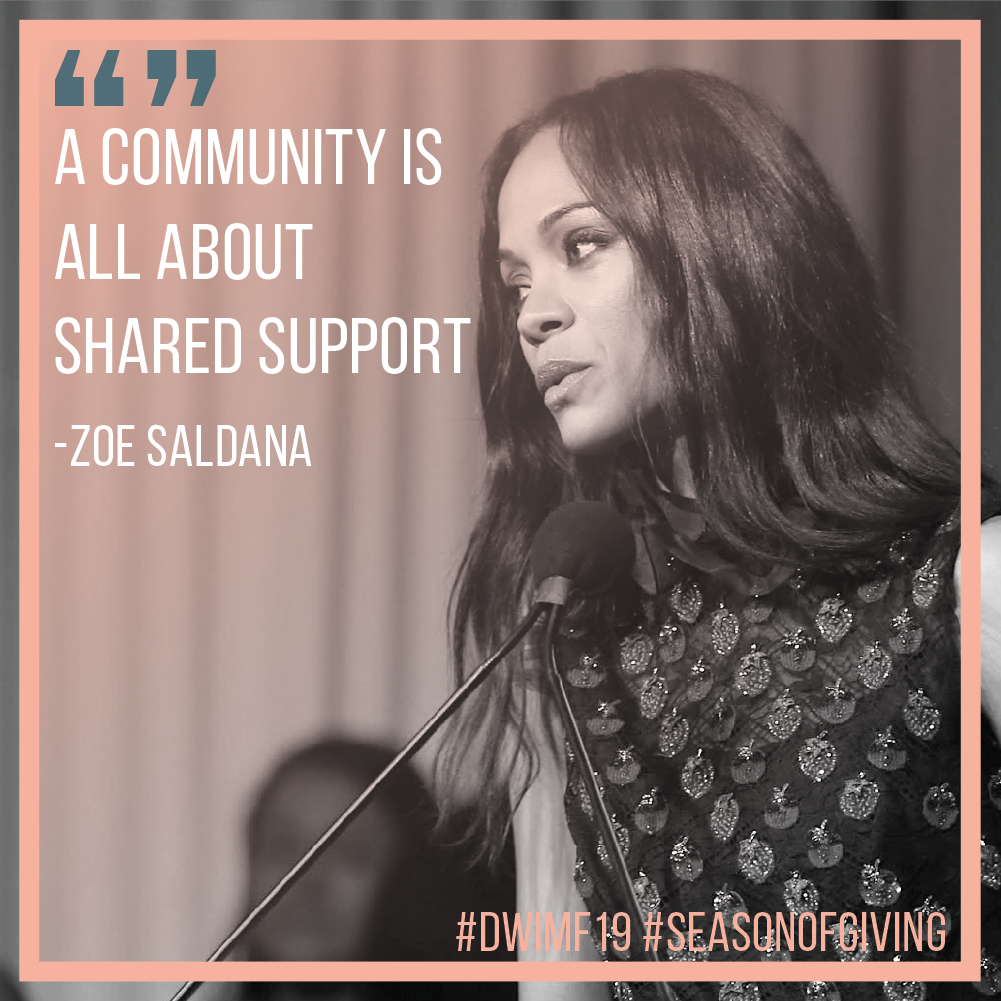 Actress, producer, activist, entrepreneur, and so much more, Zoe Saldana is the epitome of a true star in Hollywood. She has built her reputation as a versatile and respected actor by choosing roles that she feels passionately about. NALIP had the pleasure of awarding Zoe with the Outstanding Achievement in Film at the 2017 NALIP Latino Media Awards!

We are thrilled to continue honoring powerful influential women like Zoe who have positively portrayed strong female characters. 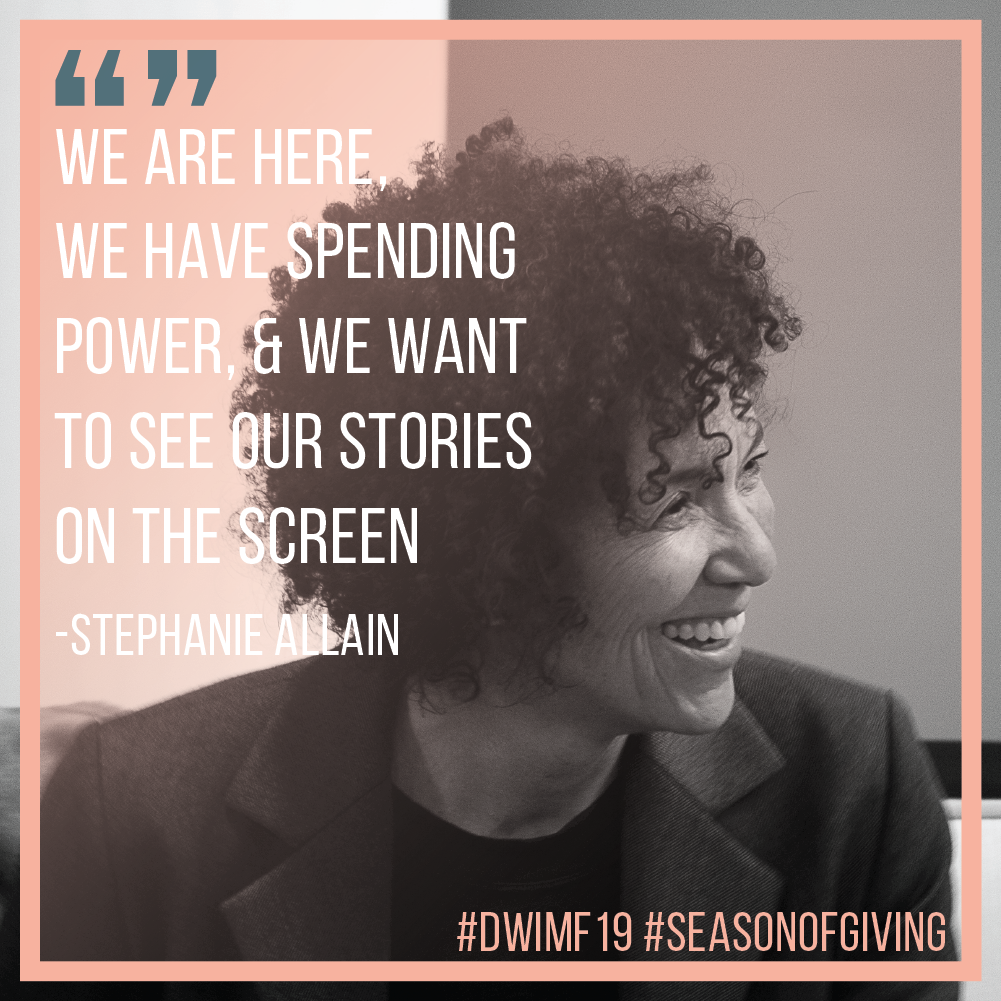 Stephanie Allain produces award-winning films by women and writer-directors of color that make headlines, launch careers and shape the cultural landscape. From producing films like Hustle and Flow, Dear White People, and Leimert Park to directing the LA Film Festival for five years, Allain has utilized her experience working with celebrated artists as well as their tens of thousands of attendees to further diversity and inclusion in entertainment. She was able to share her insight on our Producer’s Panel at our 2018 Diverse Women in Media Forum.

View More Powerhouse Women we featured on our social media!

For more information about the Diverse Women in Media Initiative, visit nalip.org/dwimi.

Support our programs and future internships programs by visiting nalip.org/donate.