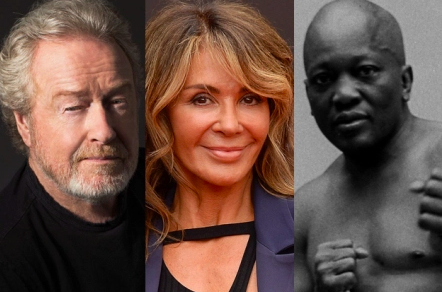 Jack Johnson, the first black heavyweight boxing champion who recently was pardoned by President Donald Trump from his conviction for violating the Mann Act in 1910 at the height of the Jim Crow era, has suddenly become a prized film property. Reinaldo Marcus Green, who wrote and directed the Sundance film Monsters and Men, will helm The Big Blow, which Oren Moverman adapted from a Joe Landsdale novella that is inspired by Johnson’s own story. Giannina Scott and Ridley Scott are producing at Scott Free.

The Big Blow is set against the backdrop of a giant hurricane that flattened Galveston, Texas in 1900. Local black champion Little Arthur must go head-to-head not only against prejudiced social and relational divides, but with a ringer from Chicago – Jim McBride – a dirty-fighting racist hired by the local Sporting Club to do one thing: Kill Little Arthur and restore the championship to a white fighter. As with the real Jack Johnson, Little Arthur further defies social constructs by being in a forbidden relationship with a white woman.

The film is ready to go. Giannina Scott brought Landsdale’s novella to Ridley Scott and she enlisted Moverman to write the script. They then engaged Green, whose Monsters and Men won the Special Jury Prize for Outstanding First Feature and will be released by NEON in October.