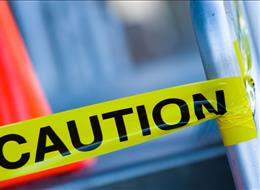 The tragic on-set death of Sarah Jones, the 27 year-old camera assistant who was struck and killed by a freight  train during production of Midnight Rider last February, sparked criticism of on-set safety procedures and raised questions about the precautions producers need to take before cameras roll.

Who is in charge of keeping everyone safe? What should you do if you or a crew member are injured on a set? Find out what changes have been mandated to improve conditions nationwide. You can’t afford to miss this informative panel that will help you improve safety on any film, commercial or television set.

Register here for your NALIP discount.
Panelists:
Christina S. DeHaven works as a production manager, line producer, and producer on numerous short films, features, documentaries, commercials, and music videos.  Several of her films have played at Sundance, Tribeca, SXSW, and HBO.  She also co-produced two feature length documentaries, MyUncle Berns, which aired on HBO, and 761st, an independent documentary about the first African-American tank battalion to enter combat in WWII.  More recently, she served as supervising producer on Season 2 of In Between Men, a web-based TV series.  She is also a member of the Producers Guild of America, East. Christina currently serves as the Area Head of Production Studies in the Undergraduate Department of Film & Television at Tisch, where she also teaches a course on producing for film.

Karen Mobley is a NYWIFT member who was injured on a film set when a piece of lighting equipment fell on her. Originally from Detroit, Mobley started her career as a dancer, touring with the Detroit City Ballet Company, before moving to New York to study dance with the Alvin Ailey American Dance Center. Mobley went on to dance with the Alfred Gallman's Modern Dance Company and the Nanette Bearden Dance Company.  As an actress, Mobley's credits include Law and Order: SVU and the movie Double Platinum starring Diana Ross. She served as the chairperson of the New York Dancers Committee of the Screen Actors Guild, and has produced plays and independent films in New York.

Stephanie A. Perry is the Director of Theatrical Contracts at SAG-AFTRA where she oversees the administration and enforcement of film entertainment contracts in the New York area. Prior to joining SAG-AFTRA, Perry worked for such conglomerates as 4 Kids Entertainment, Marvel and Pfizer. She is an attorney and an active member of the New York Bar since 2000.

Steven B. Serafin is the Senior Property Casualty Risk Engineer, New Jersey Loss Control at Chubb Insurance. Previously, he worked as a Senior Risk Control Consultant for Travelers. Serafin has been in the insurance loss control industry for the last 11 years. During this time he has served in a variety of roles including consulting for the General Commercial Industry, Local Governmental Entities and most recently with accounts in Chubb's Entertainment Underwriting Group. He has been a member of several working groups within the PLASA Technical Standards Program. These include groups creating ANSI Technical Standards for  Rigging, Floors and Stage Lifts.  He holds a Certified Safety Specialist Designation from the World Safety Organization and is currently working on attaining a Certified Safety Professional designation from the Board of Certified Safety Professionals.
NYWIFT programs, screenings and events are supported, in part, by grants from New York City Department of Cultural Affairs in partnership with the City Council, and New York State Council on the Arts with the support of Governor Andrew Cuomo and the New York State Legislature.