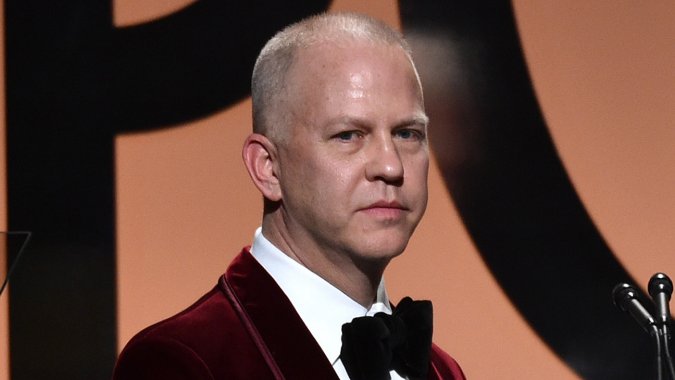 Half, a foundation within his 20th Century Fox TV-based production company, aims to have 50 percent of all director slots on his shows filled by women, people of color and members of the LGBT community and will begin outreach efforts at colleges to align candidates with mentors: "I personally can do better," he tells THR.

Ryan Murphy has been responsible for more than two dozen people getting their Directors Guild of America cards on his watch. But only four or five of them have been women.

"I personally can do better," he says in an interview in which he reveals plans to help make Hollywood more inclusive. Inspired by a series of recent events — including former publicist Nanci Ryder's emotional speech at The Hollywood Reporter's Women in Entertainment breakfast, where she called upon the industry to take action on its "gender problem" — Murphy, 51, is launching a foundation within his 20th Century Fox Television-based production company called Half. "Nanci said, 'People in power, you have a position and responsibility to change the industry,' and I thought, 'She's right,' " says Murphy, who has worked closely with bosses Dana Walden and Gary Newman to create the infrastructure for Half.

Murphy's focus initially was on providing more opportunities to female directors, comprising only 16 percent of TV's directorial roles during the 2014-15 season. He has since broadened his ambitions to include all minority candidates, which make up only 18 percent, according to the DGA. Among Murphy's goals: By the end of 2016, he is committed to having 50 percent of all director slots on his shows — Scream Queens, American Crime Story and American Horror Story — filled by either women or minority candidates, which he defines as people of color or members of the LGBTQ community. The prolific producer, who plans to hire someone to co-manage the foundation with him, will also create a database of names and contact information to share with other showrunners who are also looking to challenge the status quo.

Additionally, Half will begin extensive outreach efforts at colleges and universities, beginning with visits to AFI, UCLA and USC before expanding around the country later this year. The foundation will then align candidates with mentors within Ryan Murphy Productions, as well as with internships and shadowing opportunities around Hollywood. The goal, per Murphy, is to let young people know that there is a place for them in Hollywood. “The industry has always been about, you come to us,” he says. “There’s not a lot of effort and inclusion, and I’m saying, ‘No, we’re going to go to you.'” He already has enlisted a cadre of top names, including Dede Gardner, Nina Jacobson, Supergirl's Ali Adler and American Crime Story director Anthony Hemingway to assist in Half's outreach.

Walden calls the foundation "classic Ryan." "Ryan has always been a leader, whether he was creating new models of storytelling, or setting new standards of inclusion when it came to his characters and casts," she says. "Rather than pay lip service to what we all agree is an important goal for this industry — creating equal opportunity for women and minorities behind the camera — he's actually committing the resources of his company and setting clear targets to help make a real difference."