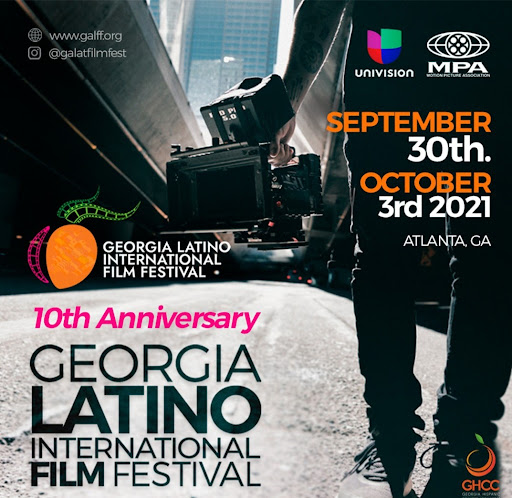 Don't forget to get your tickets for the GEORGIA LATINO INTERNATIONAL FILM FESTIVAL at www.filmfreeway.com/GeorgiaLatinoFilmFestival/tickets.

Lights, Camera, Acción is a celebration of the incredible impact Latinos have made in Hollywood - past, present, and future, with a focus on the exciting new wave of talent that is transforming the industry. The film premieres nationwide on Tuesday, October 5th on PBS, immediately following the broadcast of American Masters: Rita Moreno at 9 p.m.

“Visual media is such a powerful medium. It has the power to change the way we look at the world around us,” says executive producer John Leguizamo. “Ben is on a 24/7 mission to get more of our stories out there because if people are able to see the incredible contributions that Latinx people make and have made to our society, imagine how they would look at our community. And more importantly, imagine how we would look at ourselves.” 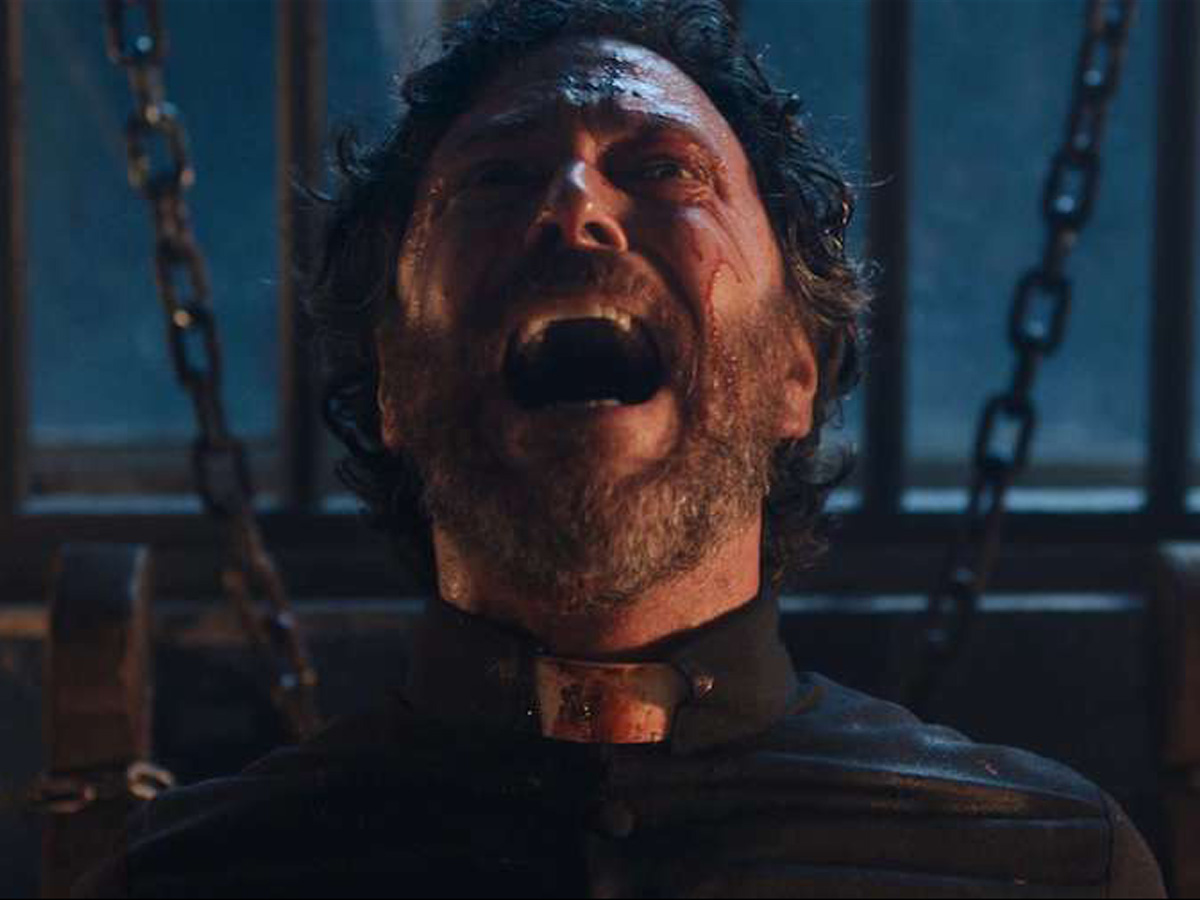 Grab your tickets for three Latinx Directed films, "The Exorcism of God", "Nocturna: Side A – The Great Old Man’s Night", and "The Returned (Los Que Vuelven)"! For more information, check out the SCREAMFEST schedule: https://screamfestla.com/2021/festival-schedule. 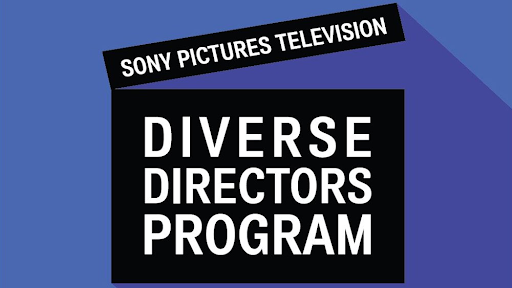 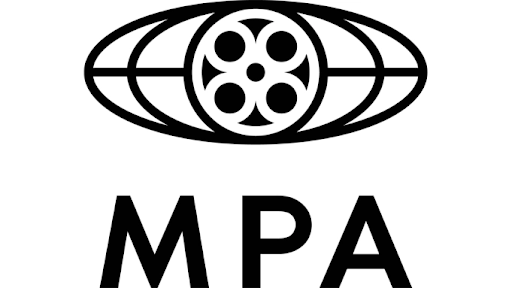 The Motion Picture Association and the Entertainment Industry College Outreach Program have launched the MPA-EICOP Entertainment Law & Policy Fellowship Program to increase diversity in the entertainment and policy sector. The fellowship will be offered to two recent graduates from Historic Black Colleges and University, Hispanic Serving Institutions and Minority Serving Institutions. The application period began today and will run through Dec. 30. Read more here. 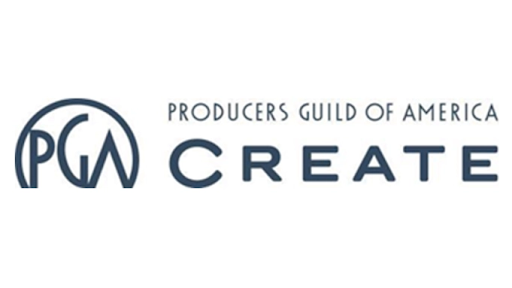 On Monday, the Producers Guild of America announced th 10 scripted producers and producing teams that will participate in the inaugural PGA Create. PGA Create is a lab for emerging and mid-career creative producers from underrepresented backgrounds. The lab will take place October 25-28 and will be invited to reconvene for the PGA Create Forum, which will be held in June 2022. Read more here. 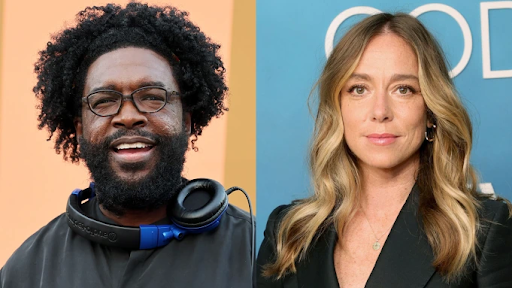 The Sundance Institute announced “Coda” filmmaker Siân Heder and “Summer of Soul” musician-turned-filmmaker Ahmir “Questlove” Thompson will each receive the Vanguard Award during the virtual celebration on October 20. The award has been expanded this year to highlight a fiction and nonfiction storyteller “whose work highlights the art of storytelling and creative independence.” Read more here. 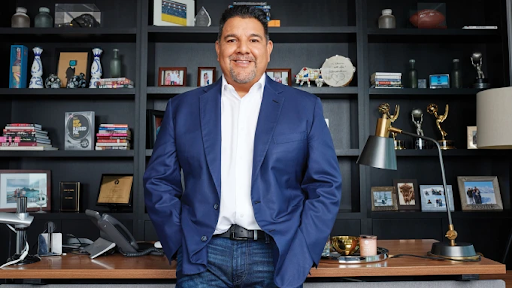 Reality TV pioneer, Cris Abrego, producer of unscripted shows like Fox’s “MasterChef” and Bravo’s “Real Housewives of Atlanta,” discussed his beginnings in the industry. Abrego also shared his production plans for the future, including rebooting past shows and an upcoming project with Mo’Nique. Read more here. 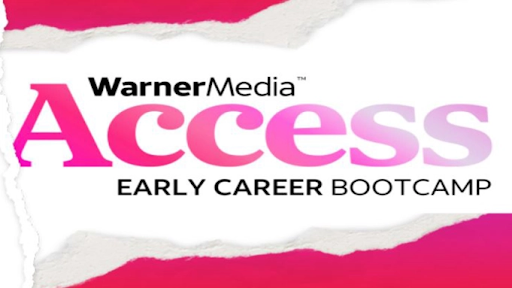 In an initiative to cultivate the next generation of content creatives and executives from underserved communities, WarnerMedia Access has begun its fellowship opportunity: the WarnerMedia Access Early Career Bootcamp. The fellowship will be a weeklong intensive workshop introducing Hollywood careers to a cohort of 40 participants from the Indigenous, disabled, transgender, and MENASA and other Muslim communities. A total of 10 fellows each were chosen from partner organizations RespectAbility, IllumiNative, Transgender Film Center and the Muslim Public Affairs Council. Read more here. 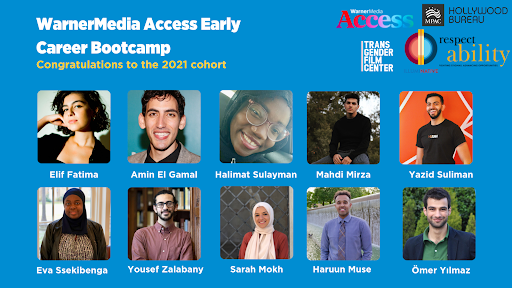 Along with Illuminative, Respectability, and the Transgender Film Center, MPAC’s Hollywood Bureau is honored to be a partner organization for the WarnerMedia Access Early Career Bootcamp. 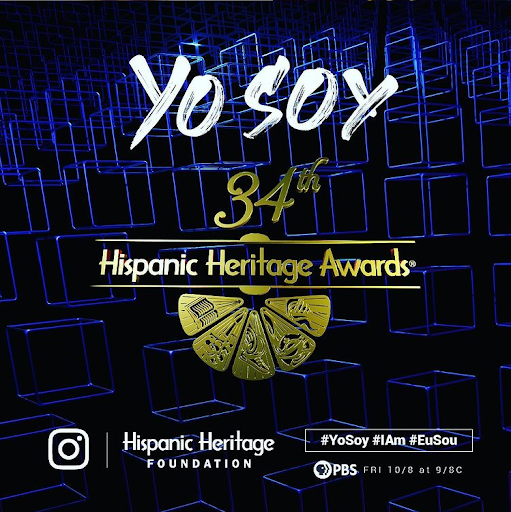 The Hispanic Heritage Foundation and Instagram in a partnership will recognize five Latinx creators during the 34th Annual Hispanic Heritage Awards virtual prelude to the PBS broadcast on October 8th. This is the fourth year that the Hispanic Heritage Foundation and Instagram have partnered to recognize entrepreneurs, filmmakers, artists, activists, and writers, for their positive and inspiring advocacy work within the community on mental health, body positivity, marginalization, BIPOC and LGBTQ+ communities. To see the list of 2021 #YoSoy Instagram Awardees, read more here. 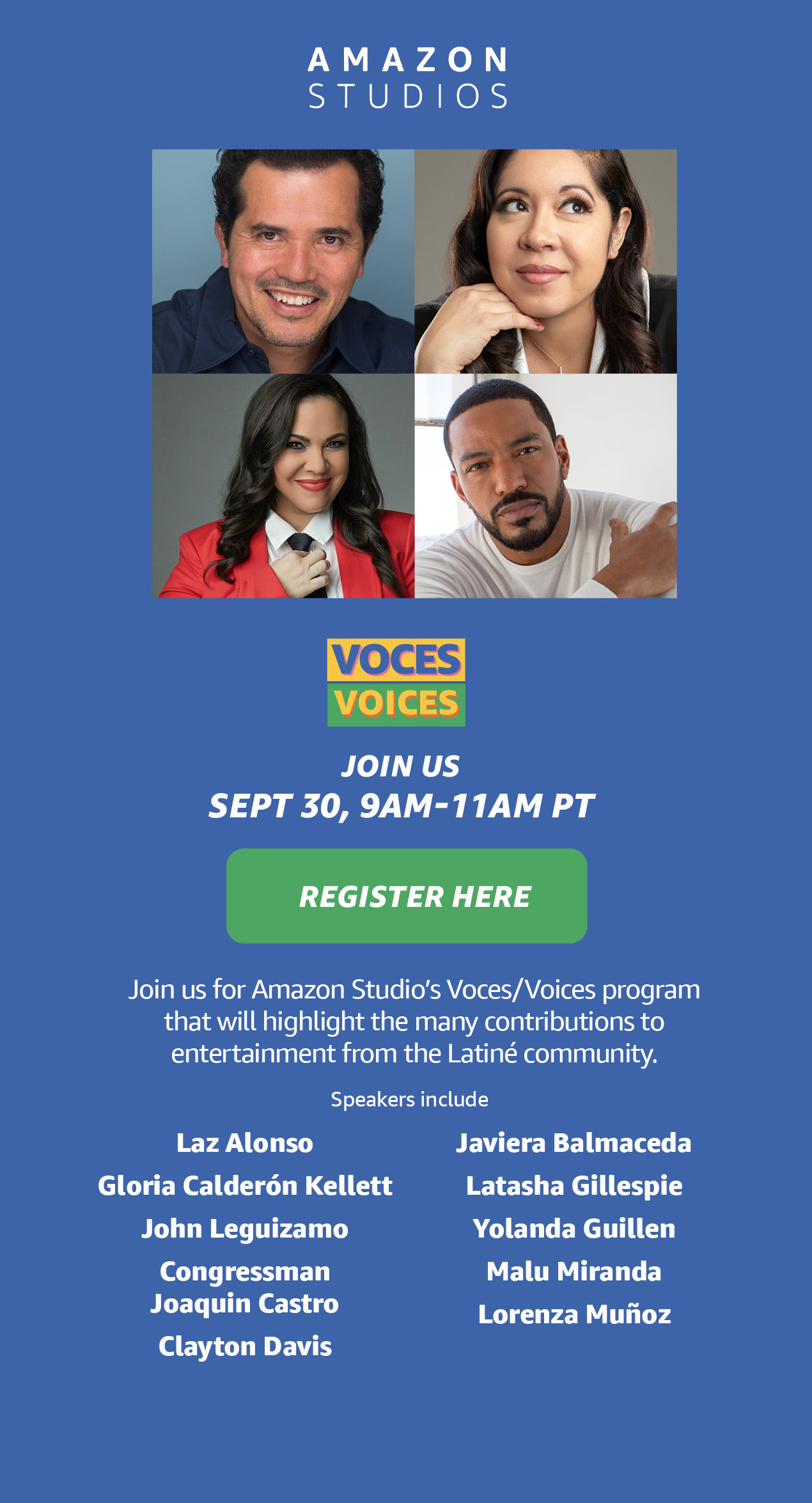 CULVER CITY, California – September 22, 2021 – Amazon Studios today announced Amazon Studios VOICES/VOCES: An Entertainment Celebration for Hispanic Heritage Month, a one-day virtual event celebrating Hispanic Heritage Month and highlighting the many contributions to entertainment from the Latiné community. The event will take place on September 30, 2021 and will include multiple group panels and a set from Puerto Rican comedian Gina Brillion celebrating the richness, diversity and beauty of Latiné communities, and conversations that will dive deep into Latiné representation in film and media over time, as well as celebrate the changing narratives and what is to come. The event will be available to stream on Amazon Live and Amazon Studios DEI Twitch.

This event is a celebration and further discovery of the diverse and powerfully rich culture of 60M+ people living in the United States. Together they represent more than 22 countries that have been labeled as “Hispanic” by the US Census.  Yet there is a lot of complexity in trying to fit this diverse, non-monolithic group under any one label. Many refer to themselves as Latino, others feel more comfortable being referred to as Latinx or Latiné. And many identify themselves through their country of origin i.e., “mexicana”, “puertorriqueño”, “colombiano” or through their indigenous communities including, Bene Xhon’s, Yucatan Mayans, etc.

"The Latiné community is comprised of many rich and dynamic cultures with multilayered stories to tell. To celebrate Hispanic Heritage Month, we’re thrilled to present a Voices/Voces event with an esteemed group of creators, performers and community members from the pan-Latin diaspora,” said Latasha Gillespie, Global Head of DEI for Amazon Studios and IMDb. “Our Voices/Voces event aims to entertain, initiate honest dialog, and drive industry change. We think everyone who tunes in will have a great time and be part of some very important and enlightening conversations.”

Amazon Studios’ Voices is about diving deep into entertainment industry data, having honest conversations, and aligning on actions to amplify and cultivate stories from historically excluded story-tellers and creators of races, ethnicities, genders, sexual orientations, ages, and religious backgrounds. Each external Voices event dives deep into a community (and their intersections), and highlight data, conversation, and community.  Past Amazon Voices events are available here: https://dei.amazonstudios.com/voices/

9:07-9:17 AM PT | Lightning talk: Who We Are… Hispanic, Latino, Latiné, Latinx, Afro-Latino, Indigenous,  Understanding the breadth and depth of the community

Conversation with Amazon’s head of Spanish-Speaking Latin American Content, and head of Brazilian Content. Discussing how the originals are resonating in the US and across borders.

9:51-10:41 AM  PT | Panel Discussion: Conversation: The Evolution of Latiné Representation on Screen

A candid conversation discussing how Latiné representation has changed over time on screen, in writers rooms, and among creative teams. While some communities have seen increased representation, this panel will dive deep into where the narrative still needs to be improved – particularly around colorism and the inclusion of the afro Latinidad – and how everyone in the industry can work to make change.

INCLUSION, INFORMATION, AND INTERSECTION: The truth about connecting with U.S. Latinos

Nielsen released a report looking at today’s U.S. Latino community, its intersectional identities, and how brands can tailor their dialogue with America’s greatest untapped opportunity. Read the report here.