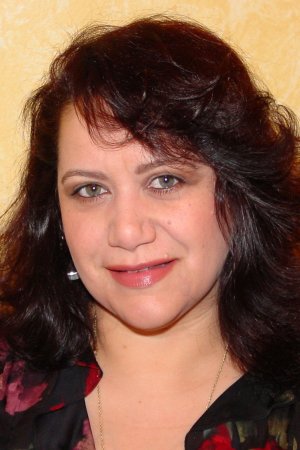 When she departs in October, first deputy commissioner Luis Castro will serve as acting commissioner.

Lopez, who was named commissioner of the Mayor’s Office of Media and Entertainment by Mayor Bill de Blasio in April, 2014, plans to leave that post in October to return to the private sector. First deputy commissioner Luis Castro will serve as acting commissioner once Lopez departs.

During her tenure, New York saw a 56 percent growth in episodic television shows filming in the city in the 2014/2015 season. Lopez also developed strategic partnerships with the Producers Guild, Editors Guild of America, Writers Guild of America, and the Teamsters to expand opportunities that provide a pathway to union membership, and worked with the Department of Education to increase educational opportunities. Her office worked with public and private partners to open the Barry R. Feirstein Graduate School of Cinema at Steiner Studios, the only public film school in America located on a working studio lot. And it provided capital funding and sponsored scholarships and fellowships to ensure diverse, working-class New Yorkers have career opportunities in the film and media business.

Lopez also championed the continued expansion of the city’s soundstages, with York Studios and Silver Cup West expected to bring hundreds jobs for New Yorkers, and she has worked to ensure all the city’s boroughs benefit from on-location film production.Additionally this October, for the first time, People en Espanol will hold its star-studded festival in New York City.

"I want to thank Mayor de Blasio for this wonderful opportunity. It has been satisfying to know that every time a Made in NY truck is on the streets of our communities, it means 130,000 more New Yorkers in middle class jobs,” Lopez said. “I also want to thank my staff who do an incredible job working every day with film crews, producers, and directors to make the process of filming in NYC as seamless as possible, and to help communities with concerns when they arise. When I began as commissioner I wanted to ensure greater opportunities in the industry from diverse experiences, an increase in film production in the city, and to lay the groundwork for the agency to be more of a "one stop shop" for productions. I am happy to say we've accomplished these goals.

De Blasio in a statement of his own said, "New York City remains the capital for film production, and Cynthia has been at the helm of a very busy year where we've seen a nearly 60 percent increase in television filming alone. I want to thank Cynthia for her incredible passion and focus in strengthening the industry's infrastructure and workforce opportunities, and by making sure New Yorkers from diverse backgrounds have a greater pathway to work in film, TV and theater. I know she’ll be doing great work for the industry in years to come and wish her the best.”

Lopez succeeded Katherine Oliver, who headed the film office through December, 2013, when she stepped down at the end of previous Mayor Michael R. Bloomberg’s term.

Before taking up the commissioner’s job, Lopez had served as co-executive producer of PBS’ POV documentary film series.

Check this out at THR.com