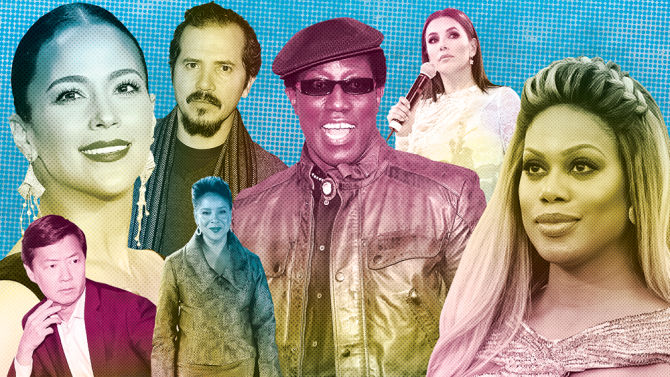 ABC knew going in to the casting process for its drama pilot “Runner” that it was looking for a Latino leading man, as specified in the script. But the female lead role had no racial or ethnic specificity.

Paula Patton, an African-American actress, landed the role of a woman whose life is ripped apart when she learns her husband, played by Adam Rodriguez, is wrapped up in a Mexican gun-running cartel.

“Runner” is but one example this pilot season of a surge of minority actors landing starring roles in prospective new series. Industry insiders say there’s an undeniable openness to African-American, Latino and Asian thesps on the heels of the success ABC and Fox have had with shows led by diverse casts.

TV executives have talked for years about the need for the airwaves to reflect the growing cultural diversity of America. But the 2014-15 television season has marked a turning point in the embrace of diversity as a business strategy. Fox has fielded the biggest network TV hit in years with “Empire,” a soap with a largely African-American cast. ABC has scored with Viola Davis leading “How to Get Away With Murder” and the family comedies “Blackish” and “Fresh Off the Boat.”

Such hits prove that broadcast TV in particular can no longer afford to ignore the value of discrete racial and ethnic groups. The role of  “How to Get Away With Murder’s” Annalise Keating was not specifically envisioned for an African-American actress, but the casting of Davis undoubtedly helped generate sampling among black viewers — a demographic group that has boosted the overall turnout for the show.

ABC’s success this season “proves the point that audiences are hungry for shows that are well done but also reflect the world around us,” said Channing Dungey, exec VP of drama development, movies and miniseries for ABC. “It’s not about just diversity, it’s about authenticity. Audiences are really excited to see more of themselves on the screen.”

“Runner” is an example of how this pilot season, minority actors are much more in demand than they have been in the recent past. And with “Black-ish” and “Fresh Off the Boat” drawing crossover demographics, there’s a greater appetite for shows with ethnically specific settings.

“It’s been interesting to see how much more competitive it is with diverse actors and actresses now,” said Dungey, who added that she is proud ABC helped lead the way, not just with “Murder” but with the blossoming of Kerry Washington and “Scandal” into the first successful drama in decades led by an African-American actress.

“The thing I really hope is that this isn’t a passing phase,” Dungey said. “I’m hoping this is a trend that will continue.”