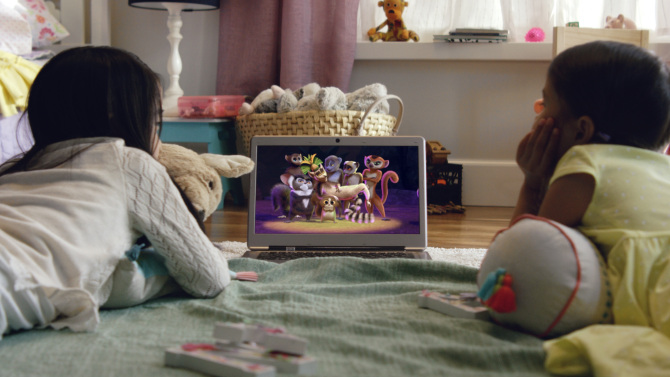 Netflix is leaving an indelible mark on the TV biz — and while the streaming giant isn’t dealing a fatal blow to the industry, it is seriously cutting into traditional television ratings.

In 2015, Netflix accounted for about half of the overall 3% decline in TV viewing time among U.S. audiences, according to a new study by Michael Nathanson of MoffettNathanson. The analyst calculated that based on an estimate that Netflix’s domestic subs streamed 29 billion hours of video last year, representing 6% of total American live-plus-7 TV viewing reported by Nielsen (up from 4.4% in 2014).

Moreover, Nathanson predicts Netflix’s total streaming hours as a percentage of TV viewing will continue to rise to about 14% by 2020. “Currently, Netflix is a source of industry pain, but not necessarily a cause of industry death,” he wrote in the note.

Executives at media conglomerates are now viewing Netflix as a growing threat. Time Warner CEO Jeff Bewkes, who once compared Netflix to the “Albanian army,” last fall said that the company may pull back on licensing TV content to SVOD services.

But not all TV networks are suffering from the rise of Netflix and other streaming-video services, Nathanson noted. Total viewing of networks from Time Warner, Scripps Networks Interactive, AMC Networks and Discovery Communications rose in 2015. A+E Networks’ viewing hours declined 15%, Viacom fell 13%, and NBCUniversal and Disney each dropped 5% overall. Read More At Variety.com