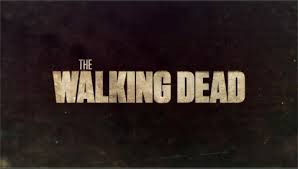 What’s Spanish for zombie? Viewers will find out.
By: Michael Malone

Cable channel NBC Universo has acquired The Walking Dead from AMC, representing the first time the hit zombie series will air in Spanish on U.S. television and other platforms, not including SAP airings. The entertainment and sports channel will commence airing episodes from seasons one through three, dubbed in Spanish, beginning in early 2016.

"Very few series in television history have so thoroughly captivated young adult audiences likeThe Walking Dead. It has been a blockbuster mainstream hit, and there’s a tremendous appetite for Latinos to fully enjoy this series in Spanish for the very first time in the U.S.,” said Rubén Mendiola, president, NBC Universo. “Adding The Walking Dead to our primetime programming lineup is a clear demonstration of our commitment to bringing the most provocative and best-quality entertainment to U.S. Hispanics in Spanish.”

Season six of The Walking Dead recently premiered on AMC.

Available in 40 million homes, Universo has also added the series Prison Break, which premieres Oct. 20, and South Park, which debuts Oct. 26. The network’s distribution partners include DirecTV and Bright House, and select Comcast and Cox markets.

Subscribers will also be able to view episodes of The Walking Dead on demand and online.

Check this out at BraodcastingCable.com