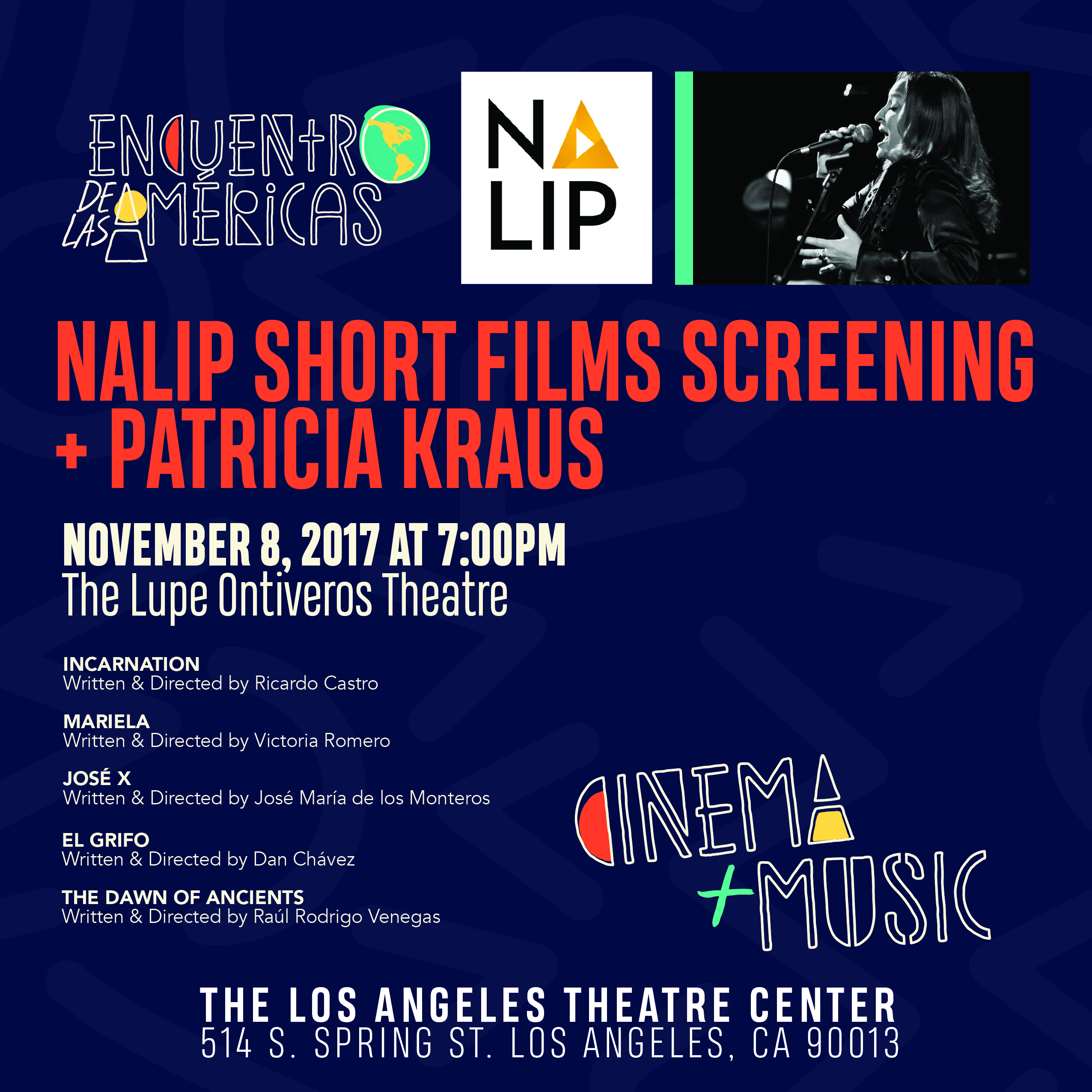 NALIP is excited present a Short Films showcase along with Patricia Kraus at Encuentro de las Americas this November 8th!

Films to be screened include:

Twenty-five participating companies and individual artists will join the Latino Theater Company during the three-week residency at The Los Angeles Theatre Center to share creative methodologies that will culminate in a performance of co-created new work on the last day of the festival. This unique opportunity allows participants and audiences to take an in-depth look at the range of aesthetic diversity in our work.

Encuentro 2017 will be held at the historic Los Angeles Theatre Center, a multi-theatre complex in downtown Los Angeles, California, USA with a total of five performance spaces. The festival will form the centerpiece of the 2017 LATC fall season and will provide a venue for the 2017 Latinx Theatre Commons convening.