Pride month is the moment to celebrate the progress made towards LGBTQ+ equality in film and television. Simultaneosly, we reflect on the struggles of a community that historically has faced discrimination and prejudice. Especially the BIPOC in the Latinx community as they navigate through intersectionality, which aggravates the homophobia and transphobia they endure. NALIP is determined to reinforce accurate media representation and uplift the voices of LGBTQ+ creatives across the media landscape. 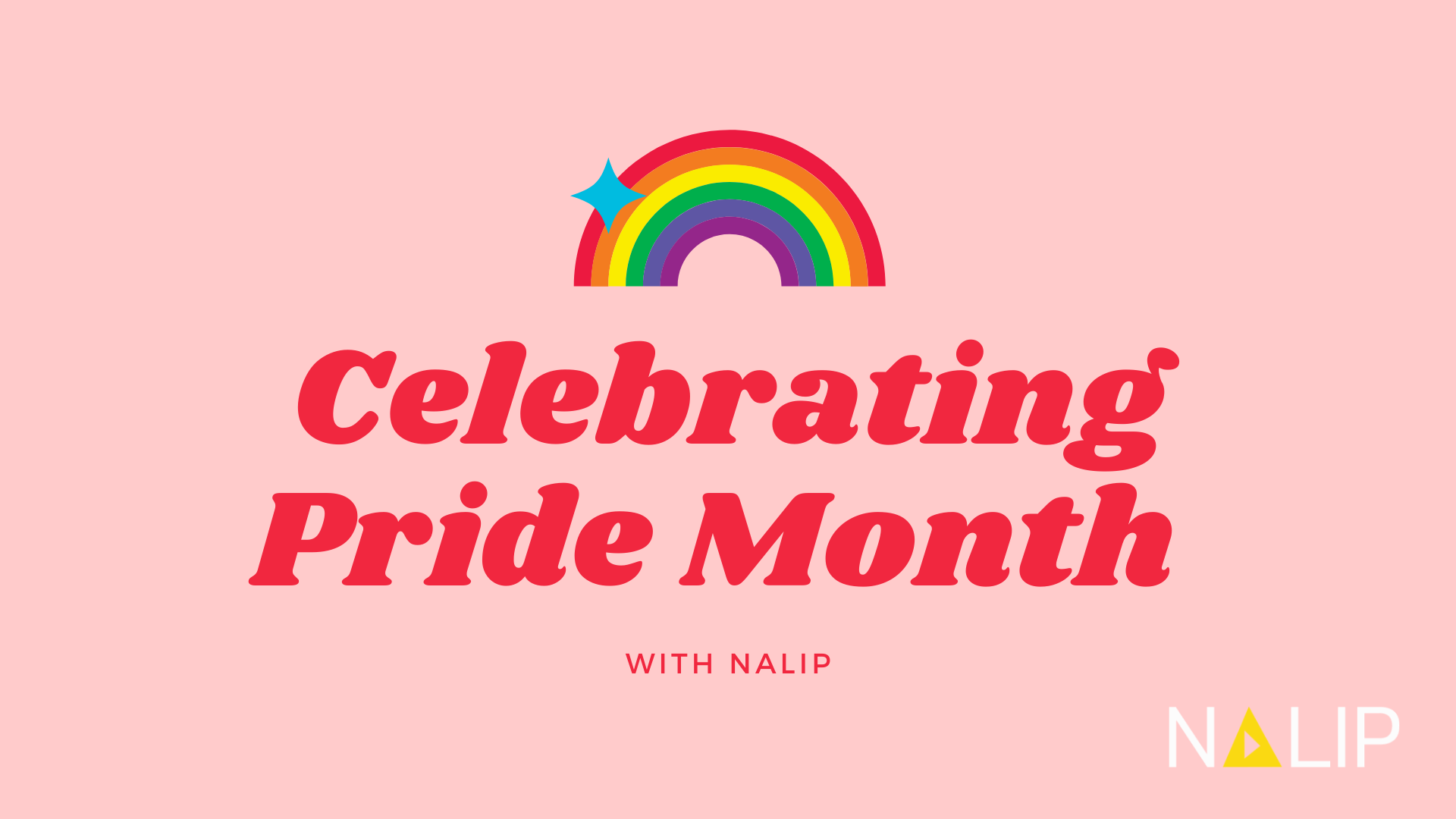 The effort to increase the visibility of the LGBTQ+ community in the entertainment industry has gained traction. Yet, inequality prevails: only 1.4% of all characters in popular films of 2019 were from the LGBTQ+ community. A recent study showed that across 600 films from 2014 to 2019, four transgender characters appeared on screen for only two minutes total.

Multiple projects are working on improving these numbers such as the invaluable TV show Pose (2018-), which has the largest cast of transgender actors in TV history. Steven Canals, co-creator of the series, did a phenomenal job highlighting the trans-BIPOC experience throughout the three seasons particularly in the final episode.

Canals re-centered the narrative by stepping away from the trauma roles of Black, Latin, and Asian characters by positioning them in happy and healthy lives.

In this article, we put together a list of productions featuring the community and stories we are proud of sharing. Some of them are created, written, and/or directed by queer creatives. The content displays authenticity where real-life and fiction connect on a deep emotional level.

Note: Et.al means that there is more than one director, writer or producer.

The life of Cuba's "transformistas" is captured beautifully in this father-son narrative. Jesus, a young hairdresser with a dream of performing drag, clashes with his estranged father, as he struggles to come to terms with his son's new endeavour. Shot gracefully, with exceptional  music and a close look at flamboyant Havana in its run-down glory.

Shot during the late 1980s, Jennie Livingston’s documentary is the definitive record of golden-age NYCNew York City drag ball culture. Featuring interviews with house founders Willi Ninja, Angie Xtravaganza, Dorian Corey, and other fixtures of the ballroom scene. To this day, the film remains an enduring record of what it was like to be queer in New York City during the peak of the AIDS crisis.

Today, director Alice Wu is best known for her charming Netflix coming-of-age film, The Half of It. However, nearly two decades ago she directed Saving Face, a defining entry in the lesbian film canon. Saving Face was the first Hollywood movie to center Chinese-Americans since The Joy Luck Club-some 11 years before it. Saving Face is a story of a closeted Chinese-American woman falling in love for the first time, and struggling to reconcile the relationship with her lovers traditional chinese family.

Sebastián Lelio’s “A Fantastic Woman” landed the Chilean filmmaker on the map when it won the Academy Award for Best Foreign Language Film. Starring Daniela Vega, it’s a radical story about a transgender woman, named Marina, who bravely stands up to the scrutiny from her recently dead partner’s family members.. “A Fantastic Woman” proved instrumental in Chile in lifting entrenched discrimination against trans people. The film has also made Vega one of the most influential trans women in the world.

Pose (stylized as POSE) is an American drama television series about New York City's 80s queer Black and Latinx gender-nonconforming drag ball culture scene. The second season takes place in the early 1990s, featuring dancers and models who support one another in a network of chosen families known as Houses. The teams challenge each other for trophies and recognition in this underground culture.

Euphoria is an American teen drama television series created and written by Sam Levinson for HBO. It is loosely based on the Israeli television miniseries created by Ron Leshem and Daphna Levin.It follows a group of high school students through their experiences of sex, drugs, friendships, love, identity, and trauma.

Featuring an ensemble cast, this series is about a group of high school students in Orange County, California as they explore; sexuality and gender identity in a modern world. This tests their deeply entrenched beliefs about life, love and the nature of family in their conservative community.

Convicted of a decade old crime of transporting drug money to a long forgotten ex-girlfriend. Normally law-abiding Piper Chapman, is sentenced to a year and a half behind bars to face the reality of how life-changing prison can really be. The storyline features lesbian and trans experiences while shining light to BIPOC stories and characters.

Gabriel is a 1st grade student who takes ballet lessons and loves the color pink. When he meets Rob, a new student who recently moved from China, the two quickly become friends. But when Rob’s dad finds out the extent of Gabriel’s traditionally feminine interests, he tries to intervene with his parents.

Co-produced by NALIP and World Channel, directed by queer Chicano filmmaker Carlos Valdivia. This short film stars Jose, a queer college student struggling with his dayjob, financial aid and his upcoming career-changing interview. The ambition and drive Jose displays makes it difficult to sustain the romance with drag queen lover Jimmy. The short highlights the struggles and cultural differences of the Latinx college experience.

How you can expand the list and inflate Pride numbers

For over twenty-two years, NALIP connects, empowers, and aids minorities in advancing their careers in the entertainment industry.

We know from our members' experience that building up equal representation requires a tenacious community. We can all become an ally of the Pride movement by supporting and promoting productions that shine a light on LGBTQ+ diversity. However, there are roles that only a group of people can play, perhaps as writers, directors, editors, executives, or actors. NALIP, as an organization, is proud to join forces to provide resources, the platform, and a support system to help them thrive in the media ecosystem.

Representation in the media is at the core of equality. Join the NALIP Media Summit taking place  virtually this year from July 19 to July 21. The event goes beyond bringing up conversations about how to make the industry more inclusive. NMS21 promotes projects with exclusive screening while  developing content creators with workshops, mentorship, and networking opportunities. Learn more about the event at NALIP Media Summit (https://www.nalipmediasummit.com/).