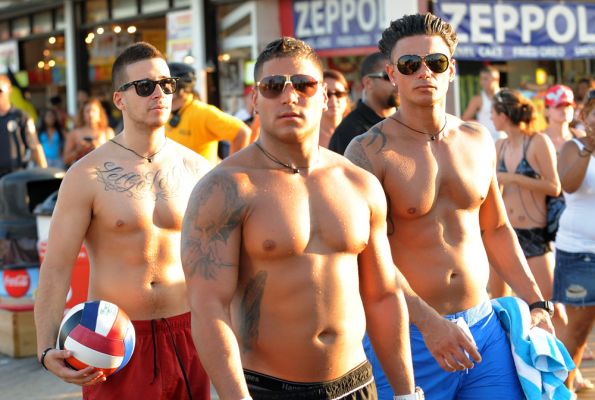 It seems the Mayans were a couple of years off with their apocalyptic predictions. According to recent statements by MTV Latin America, the world will actually end this September. For those who want to watch it go down in flames, there will be weekly installments aired on MTV Tr3s under the title Acapulco Shore.

Sound vaguely familiar? Does the name bring back hazy, post-traumatic flashbacks of Snooki poufs, tribal tattoos, and painstakingly sculpted blow-outs? Well, that’s because this is the Latin American remake of Jersey Shore.

Yes, they went there.

According to María Iregui, brand manager of MTV Latin America, the show has taken on the solemn task of exporting timeless American values of “drama, friendship, and partying” to a Latin American audience apparently wanting in shameless, tacky, trash TV. Furthermore they have promised arguments, love triangles, and plenty of scandalous moments to keep us entertained and intellectually stimulated.

What is even more astounding is the revelation that Jersey Shore has actually already been remade three times as Geordie Shore (U.K.), Warsaw Shore (Poland) and Gandía Shore(Spain). It seems that the U.S.A. isn’t happy just exporting democracy; we also had to make an exceedingly profitable global industry out of bad taste.

While details are still scarce, we do know that Acapulco Shore will feature ugly tattoos, muscles, bulging packages, belly-button rings, and skimpy bikinis. And we wouldn’t be surprised if el Alebrije makes an appearance.