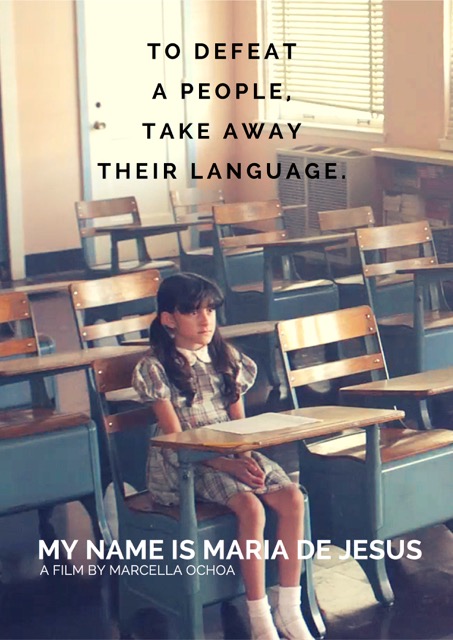 Have any plans tomorrow around 3:15 pm? If not, you should check out NALIP member Marcella Ochoa’s short film ‘My Name is Maria De Jesus,’ debuting at the Manhattan Film Festival in New York City.

‘My Name is Maria De Jesus,’ is a true story short film based on Ochoa’s life growing up in a Mexican-American family in Texas during the 1950s. The 8A Entertainment production company film explores the process of Americanization that her family faced during that time and how they endured in a xenophobic society.

Ochoa wrote, produced, directed and is the lead actress for the film. She wanted to start the discussion of the injustice thousands of Mexican- American children face in the United States and wanted to encourage second and third-generation Latinos to embrace their culture and keep speaking Spanish. Ochoa believes the film is prominent due to the racism Latinos and immigrants are currently facing. Joining the cast is Ximena Pelaez-Munoz, Jasmine Linares, Susan Silvestri, David Saucedo, Geovanni Gopradi and Jenni Purdy.

Ochoa hopes to empower other Latino content makers into pursuing filmmaking and create non-stereotypical roles to create better representation in the film and television industry.  Don’t forget to check out the world premiere at New York’s Manhattan film Festival on Saturday, April 22. Click here for more information on how to purchase your tickets.

We are happy to see NALIP members thriving and creating empowering stories that not only motivate Latino content makers, but inspire many Latinos in the community. NALIP could not be more thrilled to continue supporting our members as they move forward in the industry!