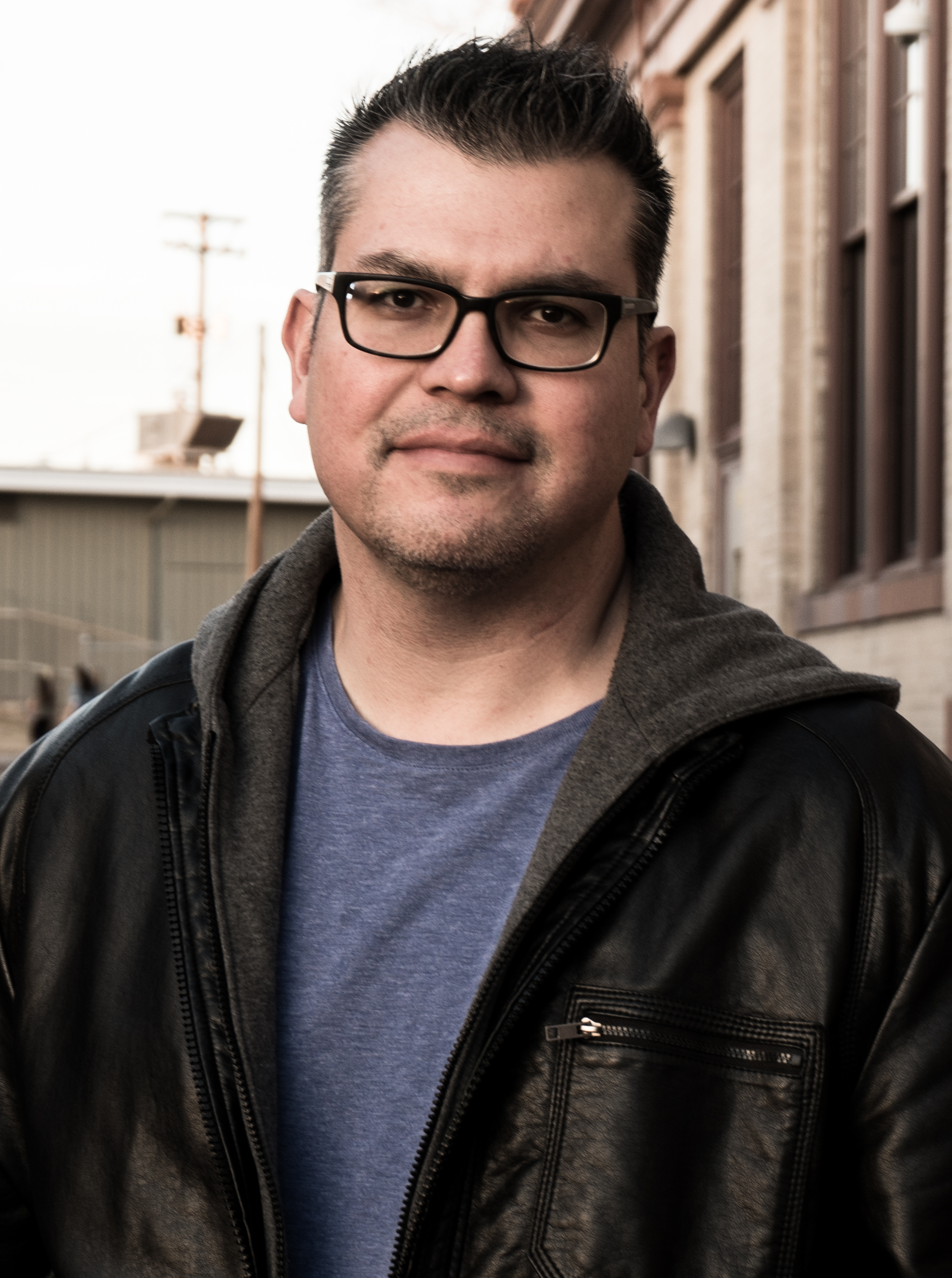 Submit your own film for consideration for the LMF18 Official Selection before the 8/21 deadline at FilmFreeway.com/LatinoMediaFest.com

Congratulations to the Latino Lens Finalists who will have their shorts premiered at the 2018 NALIP Latino Media Fest in October!

NALIP’s Latino Lens: Incubators is a year-round program designed to help filmmakers’ reach new heights by providing them with funding and mentors to produce their own short film. With the support of partners such as CPB, WORLD channel, and the Time Warner Foundation, these finalists will have their world premiere at the NALIP Latino Media Fest in October. Get the scoop on these talented individuals and what to expect from them this Fall. 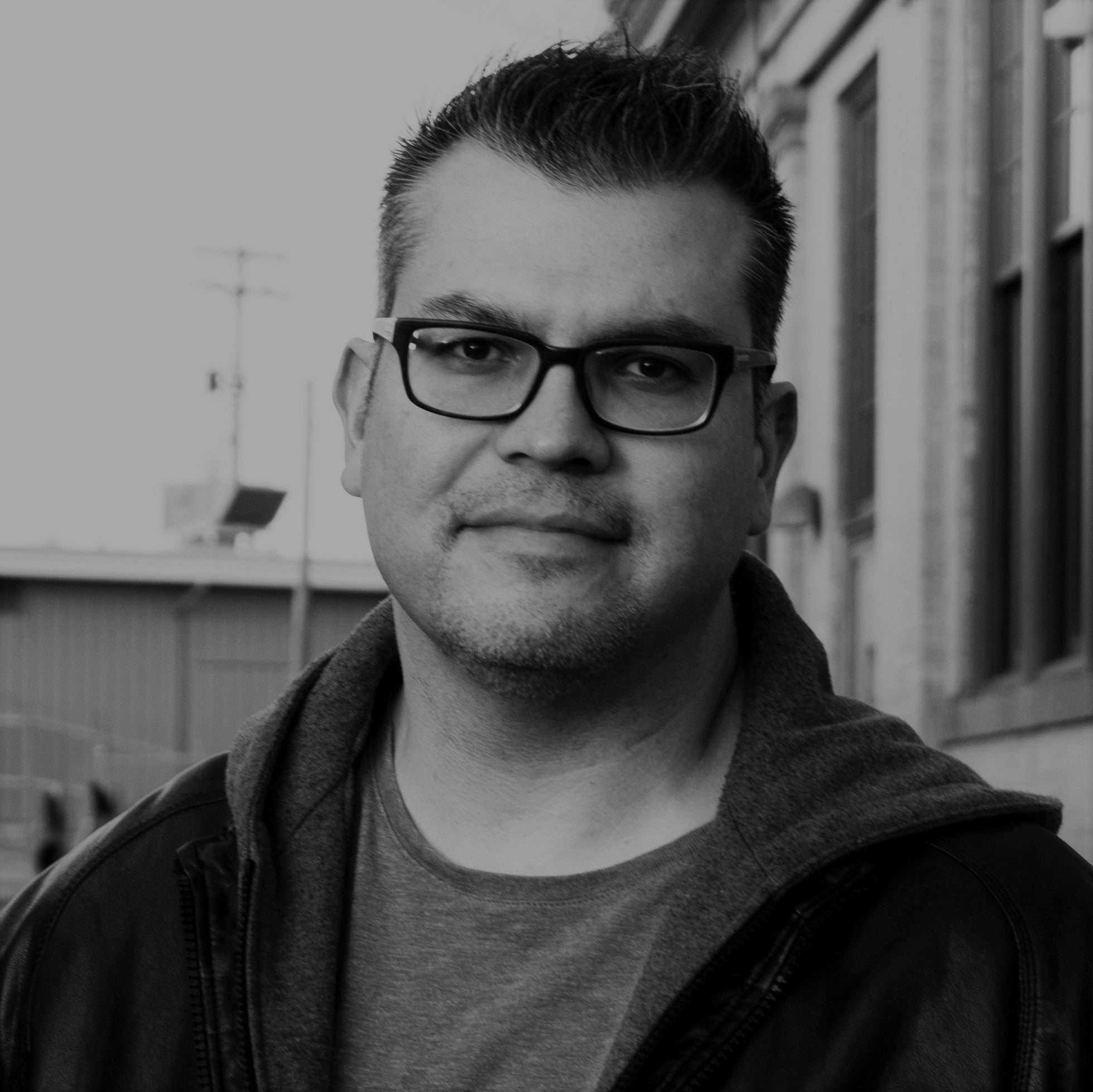 "Turns in the Road"

Alan Domínguez (director/producer/editor) in production for the BEYOND GRADUATION series for CPB and NALIP. Directed short docs CLEVER (2016), BORDERBALL (2016) , feature doc PHOTOS OF ANGIE (2011) and shown films in three continents in three languages. PHOTOS OF ANGIE is now available for streaming on Hulu. 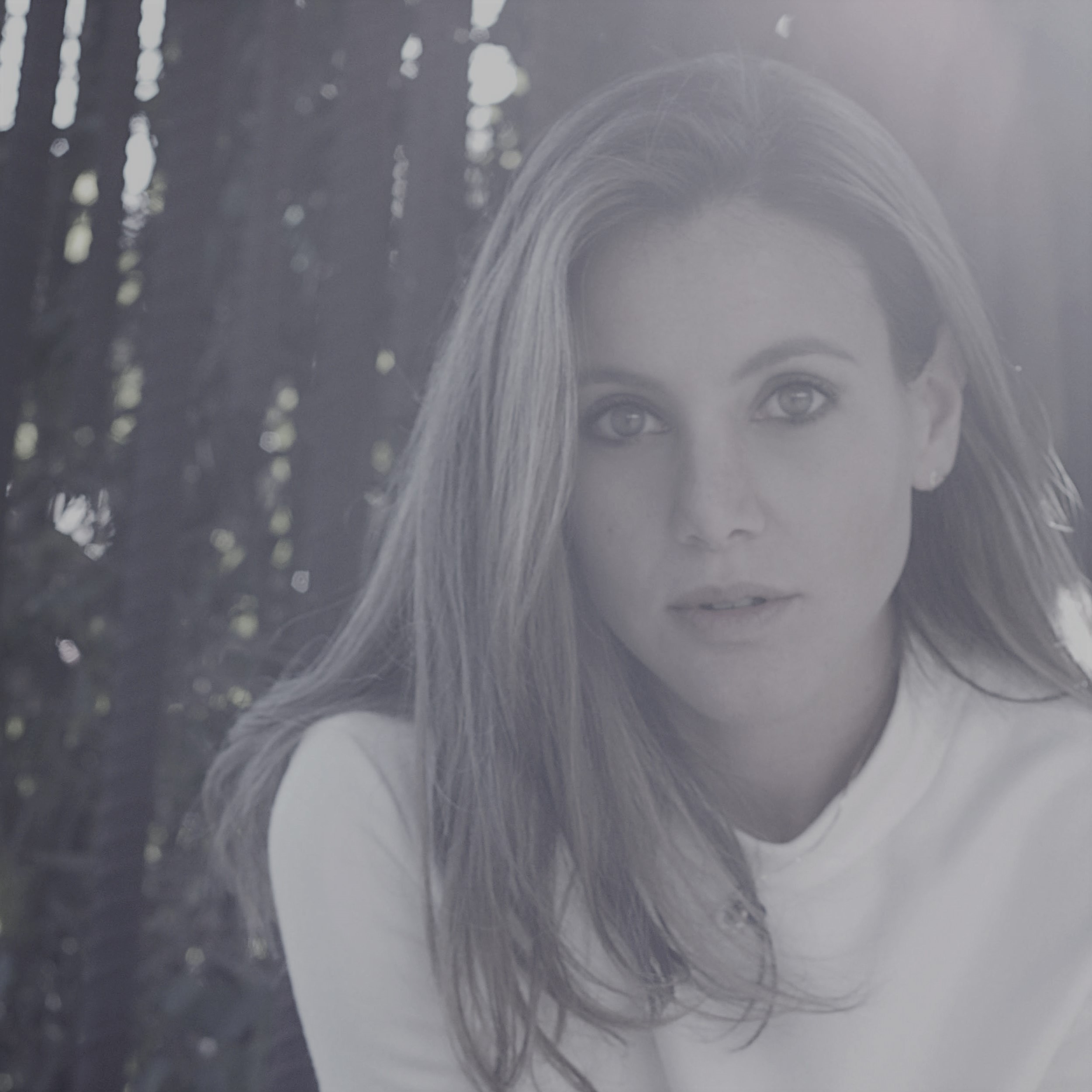 Carla Dauden Brazilian director based in LA. Carla has directed and produced films, commercials, documentaries, and music videos, and her work has been recognized by major festivals. In 2013, she made a video about the social and political problems behind the organization of the 2014 World Cup. The video went viral, and with over 5 million views, she gained recognition all over the world. She was nominated for the Social Media Leadership Awards (Wharton University) and spoke on mainstream channels like BBC, Al Jazeera, The Guardian, Channel 4 News, among others. Since then, she has worked with major production companies (Kandoo Films, Revolver Films, Fullscreen, Passage Pictures) and recently co-directed the short documentary "The Discarded," produced by Sound Off Films and released by Take Part. Carla prides herself on working with content she believes in and creating appealing stories with a socially conscious impact. 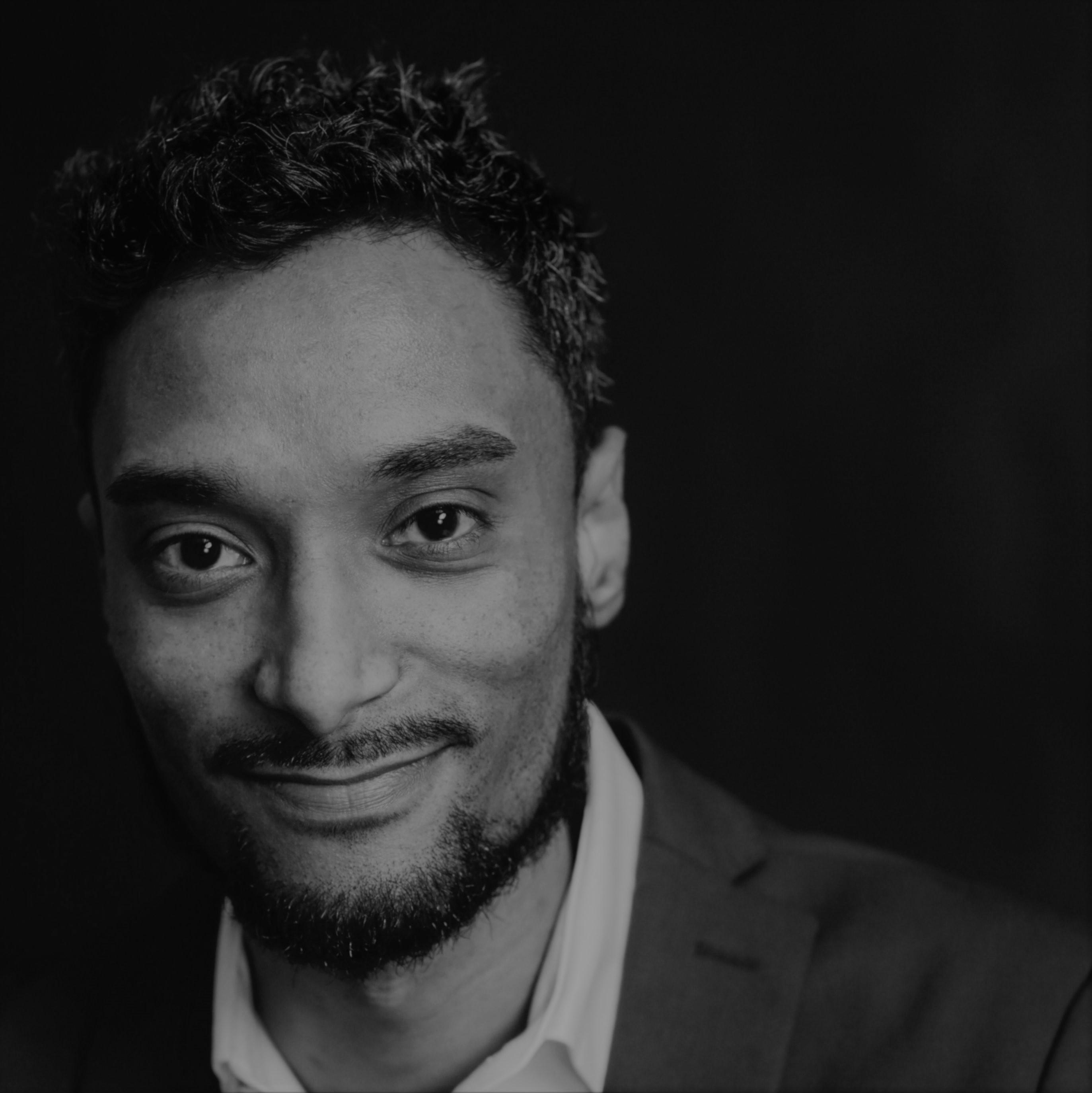 "The Service Gap: Aims to Leap"

Dez Hernandez is a natural-born storyteller, though he is most passionate about documentary filmmaking. From 2015-2016, he oversaw and line produced the ‘Veterans Coming Home’ project in collaboration with the CPB and public media stations around the country. In 2017, Dez completed his first feature-length documentary, The Balloonists: Brazil’s Guerrilla Folk Artists, which chronicles the struggles of Brazil’s underground artists pursuing the dangerous and beautiful passion that fuels them. He previously spent 9 years in Los Angeles, CA producing for major network and cable TV in various key roles; ranging from Casting and Development to Story and Post-Production, his credits include hits such as NBC’s American Ninja Warrior and HBO’s Luck. 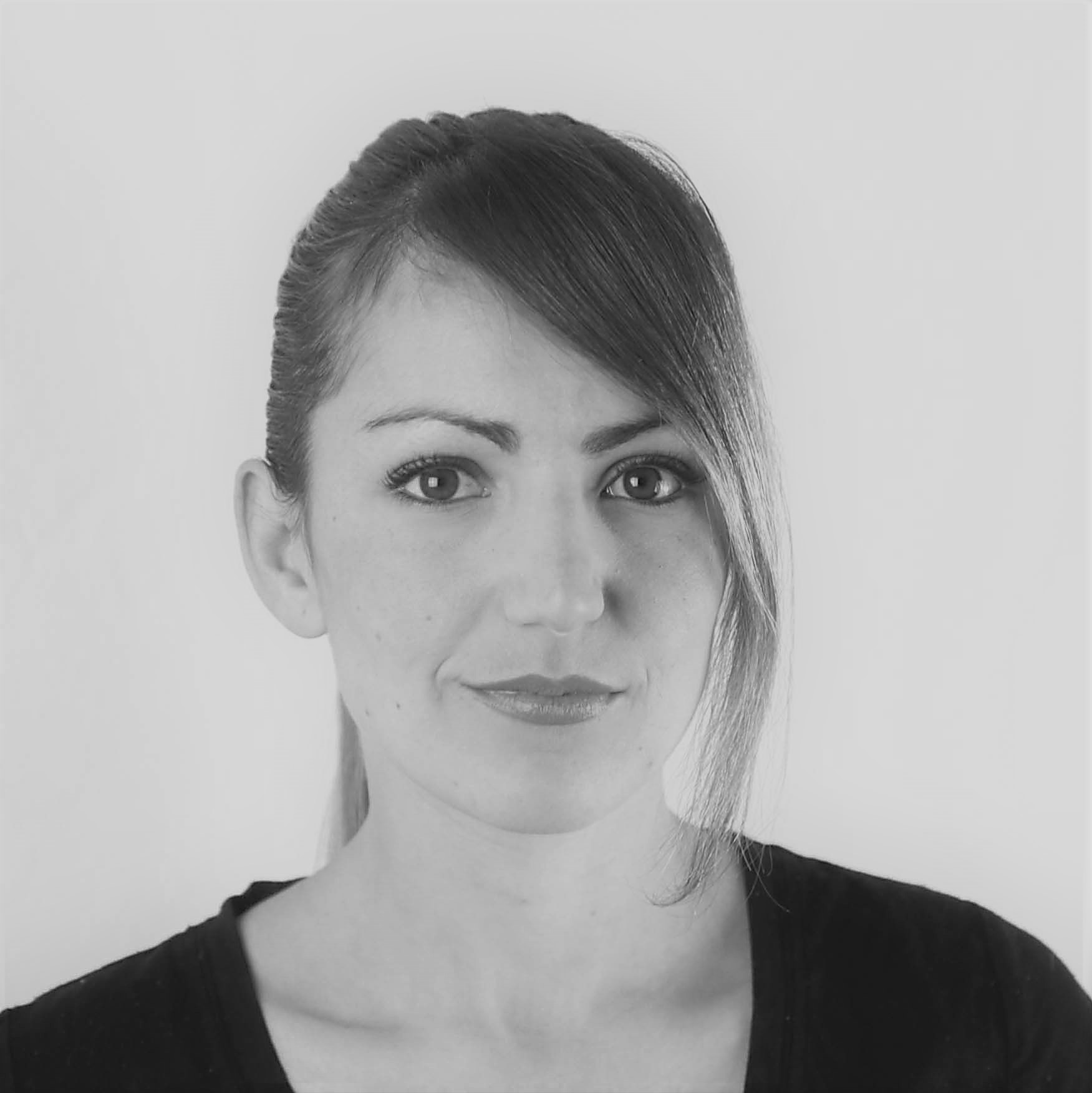 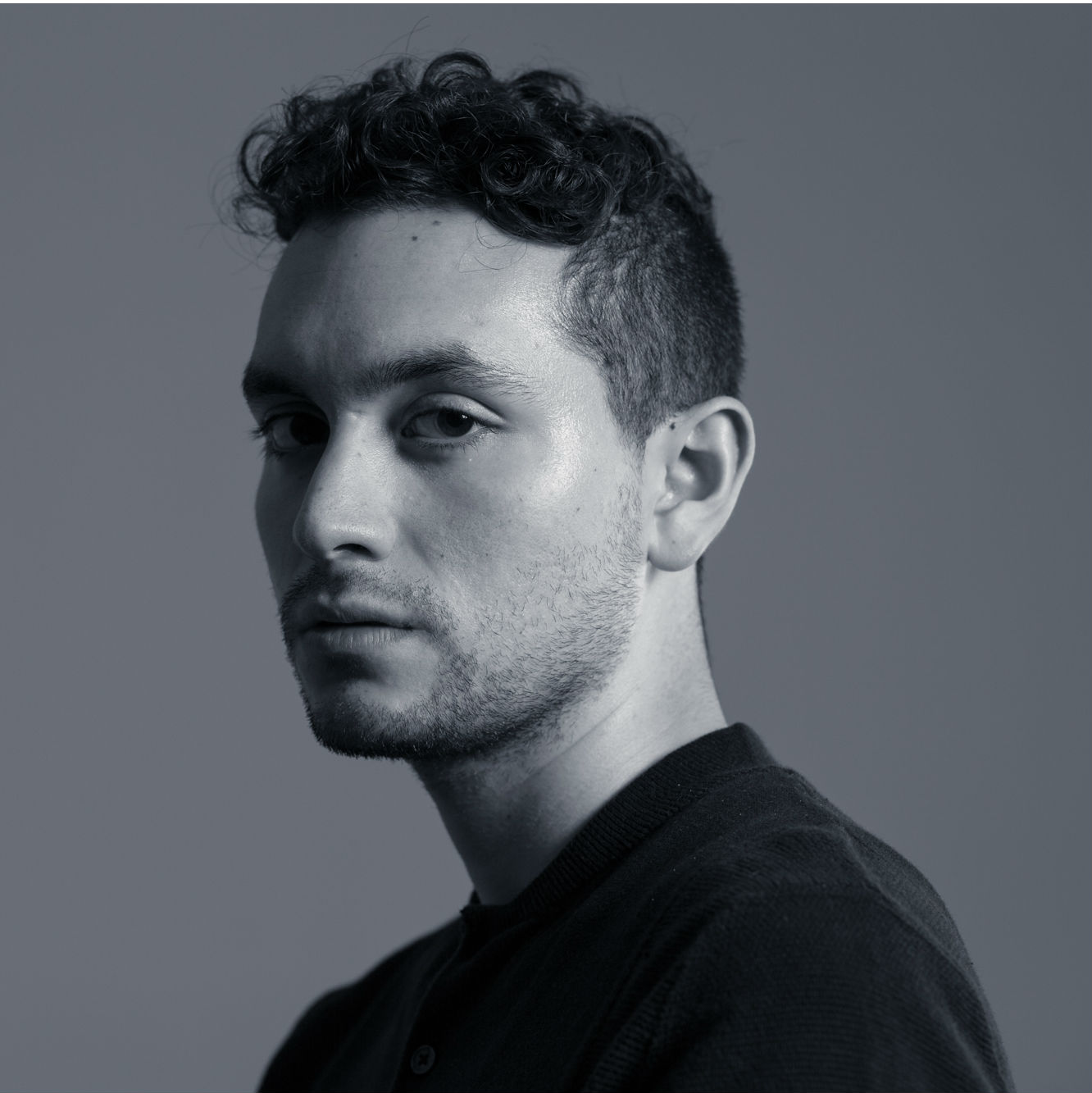 Carlos Valdivia is a queer Chicano filmmaker based in NYC. He studied film production at NYU's Tisch School of the Arts where he produced award-winning films and secured high profile internships at HBO and the Academy Award-winning Jigsaw Productions. Since graduation, Carlos has worked as a freelance producer and in film and TV distribution. He's produced shorts, music videos, and spots for a variety of clients including Google, TED, Interscope Records, and Vulcan Productions. 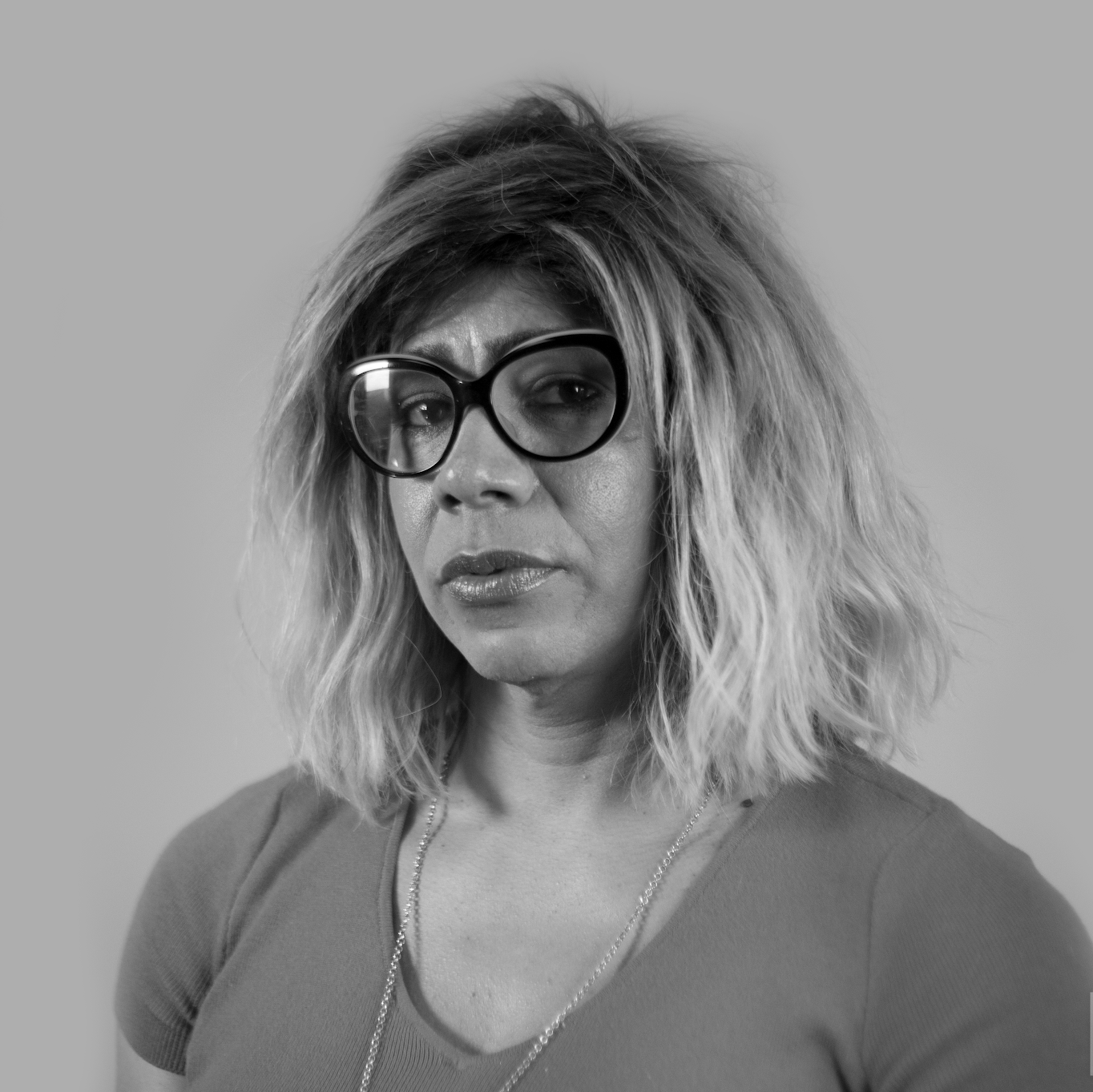 Kase Pena was born and bred in New York City. She is a Latina Transgender woman of Dominican descent and a versatile writer/director who loves working across all platforms: Commercials, Features, Television and documentaries. Kase is mostly interested in relating human stories; the kind that tug-at- the-heart and have long staying power. Some of her favorite films and TV shows include: "The People vs. OJ," John Ridley's "American Crime" “Vera Drake,” “Mean Streets,” “Bicycle Thief,” “Kramer vs. Kramer.” Kase has been the recipient of some of the most prestigious Fellowships in the industry, including The Ryan Murphy TV Director Mentoring Program; The Latino Lens Narrative Shorts Incubator, sponsored by Time Warner; The Outfest Screenwriting Lab, where she workshopped her evocative feature length screenplay, I Love Hate, loosely based on true life events. She's also received an additional Fellowship in Screenwriting from Film Independent Project Involve. An active member of the Writers Guild, she is (to date) the only known Transgender Latina woman to join the Writers Guild of America West. Kase recently completed Principal Photography on Full Beat, a seven- minute short film, that she's directed as part of the Latino Lens Directing Program. 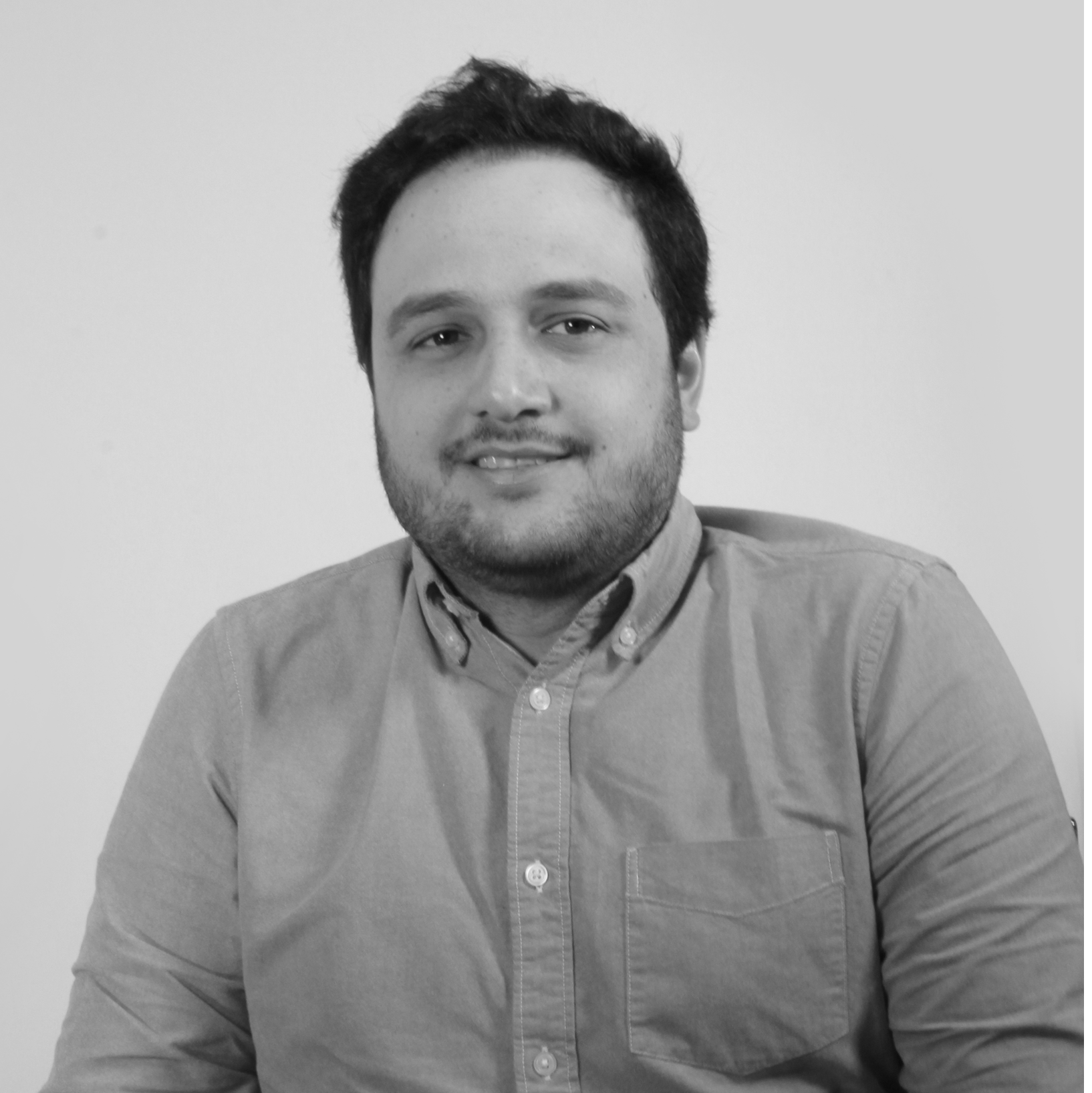 Juan Avella Born and raised in Caracas, Venezuela, Juan Avella is a screenwriter, producer and director. As a filmmaker, his work has played in film festivals from around the world, gathered millions of views online and been broadcasted in primetime television in over 25 countries in South America. Avella’s latest project is a short film/thriller titled Hijo por Hijo, which had it's LA Premiere at NALIP's Latino Media Fest in 2017 and as well was screened in 2017 as a part of the Cine Las Americas International Film Festival.The film is about a Venezuelan man named Daivi who does whatever it takes to support his son Willy, which is why he works as a kidnapper. One day on the job goes awry. Now, Daivi will risk everything to save what is most important to him.The film is now available for streaming on HBO Now and HBO Latino. Additionally the it was screened at over 40 film festivals and won 7 awards. 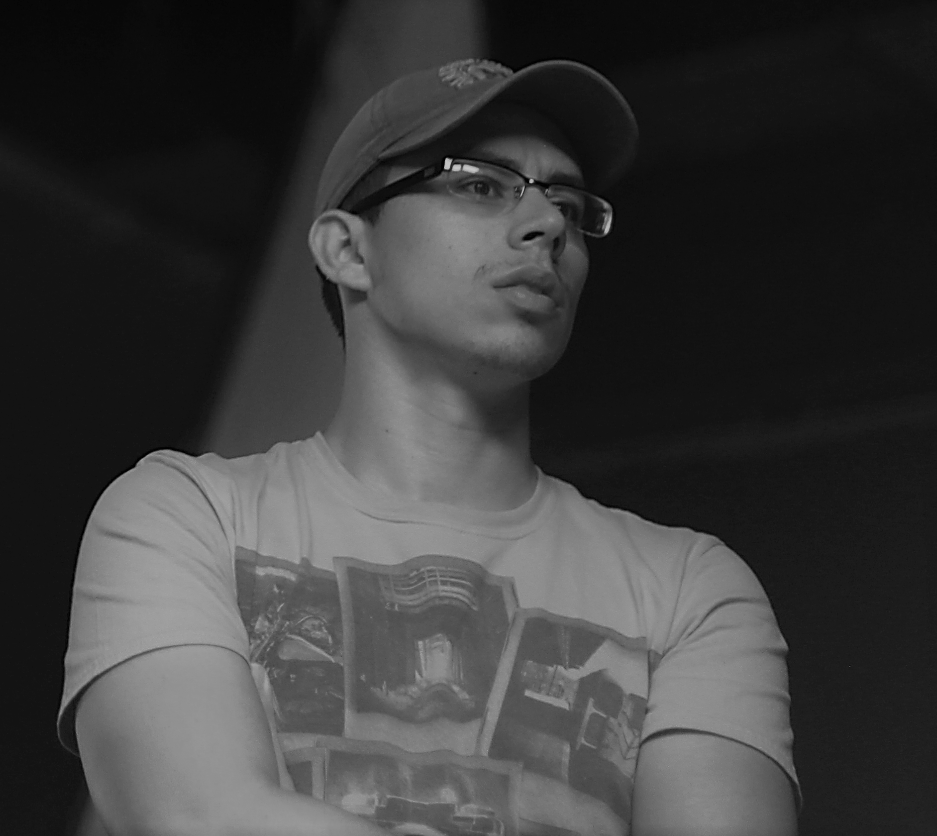 "Where the Sun Goes to Die"

Nickolas Duarte is a film, commercial and series writer/director. He runs the production company Crown Chimp and is represented for national ad work by Derby Content out of New York City, NY and international ad work by D-List out of Beijing, China. His internationally-recognized films and commercials hone in on portraying compelling human narratives with an aim to find truth in every moment. His work is characterized by composition-focused visuals that utilize negative space and possess a cinéma véritésensibility toward naturalistic imagery. Nickolas believes in infusing his sets with the jazz principle of “freedom within form,” and this collaborative spirit has elicited strong, nuanced performances across the spectrum of his work. Nickolas has earned over 60 industry awards including a National Addy, an Emmy, 6 National Tellys, 3 National Communicator awards, 5 W3 awards, an international Davey, a Museum of Modern Art nomination and a shortlist nod for the ADC Young Guns. He was inducted into the AAFT Advertising Hall of Fame as the 2017 Next Generation Award winner. Beyond the commercial space, he is a two-time NALIP Fellowship recipient and his scripted, documentary, and experimental work has played in festivals to international acclaim. Nickolas has done projects for clients such as Adidas, the NBA, the NFL, Nike, Pepsi, Coca Cola, eBay, Caterpillar, BMW, Ford, New Era, Charles Schwab, China Mobile, and Western Union. His work has been described by Short of The Week as “almost as much a physical viewing experience as an emotionally affecting one.” He is currently directing and co-writing a crime drama for Warner Bros. 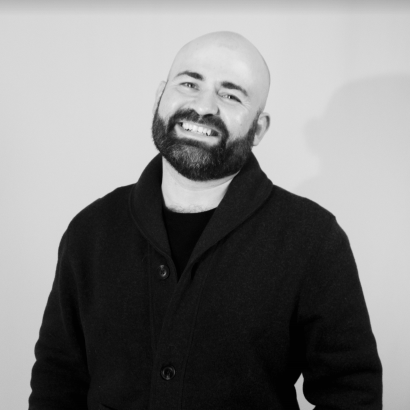 Davy Perez  is a writer, producer, and aspiring director who  has been involved with NALIP since 2009; starting as a intern in junior college and becoming involved with several programs through taking on the role of production coordinator. Since then he's become a writer and most recently has showcased his directorial work through the Latino Media Fest. Currently he is working on the CW show, Supernatural and previously was a writer on ABC's American Crime. 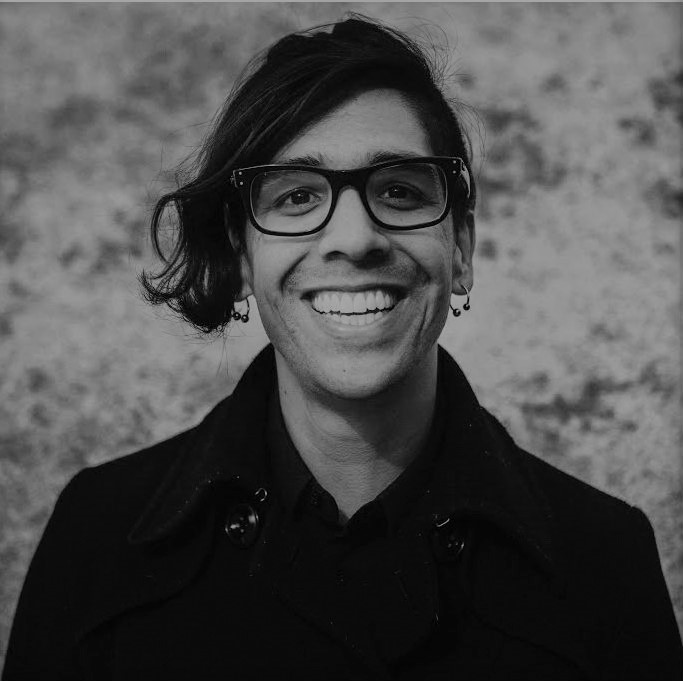 Erick Castrillon co-founded Scratch & Sniff Pictures, a boutique media collective dedicated to creating high-end multi-cultural narratives. His short film Blast Beat, among several recognitions, was a semi-finalist at the Hispanic Heritage Foundation, and a winner at the Official Latino Film Festival in NYC. His second short, Vámonos, among much important recognition, earned the prestigious Best Theatrical Short Award at the Imagen Awards Ceremony, as well as the NBCU Open Possibilities Social Impact Award. His feature script Blast Beat is currently being developed by Charles King’s Macro. Castrillon was part of the 2017 Fox Writer’s Lab along with his writing partner and long time creative collaborator, Esteban Arango. He’s represented by Carlos Bobadilla of Valor Entertainment. Castrillon plans to make his directorial debut with Hacienda Paraíso to continue his path writing and directing feature films.

NALIP hopes to see you at this year's Latino Media Fest!