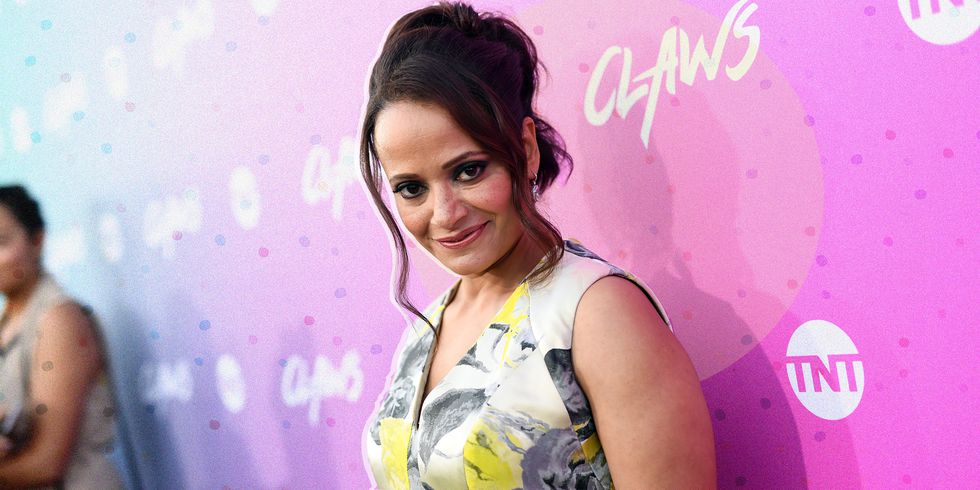 She's turning in a can't-miss performance on "Claws" and translating that success into action.

It was the episode that made fans of "Claws" pause and pay attention. In the middle of the nail salon dramedy’s outrageous sophomore season — which has been filled with everything from the Russian mafia, to an unexpected pregnancy, and a strip club shootout — there was an episode titled "Scream" in which Quiet Ann (Judy Reyes) fights back after being continually marginalized and undervalued by her friends. It was particularly poignant because the dutiful Quiet Ann, a lesbian ex-con, had always been a woman of few words. But she, like Reyes, is reliable, important, and will no longer be ignored.

Charging to the forefront after a nearly three-decade career that includes "Scrubs," "Devious Maids" and "Jane the Virgin," Reyes has proven once again that she’s a force to be reckoned with on "Claws." Her portrayal of Quiet Ann is so unlike any other character she’s played — yet they both share a determination, desire to be seen, and an incredible journey punctuated by challenges and triumph.

Reyes talked to Shondaland about her career-turning role on Claws, the importance of being among its diverse female cast, growing up a young Dominican girl in the Bronx with big Hollywood dreams, and why she refuses to stay silent about issues that matter to her.