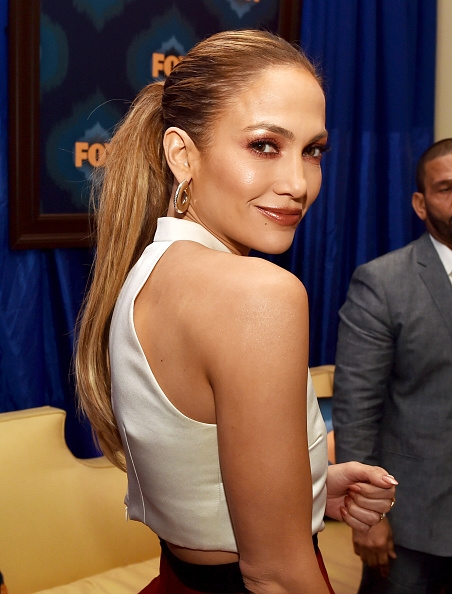 Jennifer Lopez says "The Boy Next Door" was her first micro-budget movie filmed within 23 days for four million dollars, and that a bigger studio would not have cast two Latino leads.

"You know what, we put all four million dollars in front of the camera," she told Robin Roberts on "Good Morning America" on Monday according to The Hollywood Reporter. "We all shared one trailer. We had no craft service, it wasn't that type of luxury movie set, let's say."

According to Lopez, "The Boy Next Door" appeals to all.

"It's a mainstream movie, it's not 'a Latino movie,' but the truth is, as a producer, I'm very proud because in retrospect, I just picked the best actor for the role," the mother of two said. "But at the end of the day, if a big studio made this movie, I don't know that they would've cast the both of us in this because of that."

The star hopes that the film will do well with "two Latinos opening in a mainstream movie," which would "change things."

"I would love for the Latino community to come out and support this movie because it would give us the freedom," Lopez said."That gives me a lot of freedom as an artist, it gives us a lot of freedom to make more movies in this way. Whatever kind of stories we want to tell -- it's exciting."

The "American Idol" judge plays alongside Latino actor Ryan Guzman, who is a star of the "Step Up" franchise.

Lopez went on to say how she related to the character in the film who is an older woman that went after a younger man, Daily Mail reported.

"It seemed so perfect for me right now in my life," the 45-year-old pop star said. "[Claire Peterson is] late 30s-early 40s .. separated about to go through a divorce, deciding, feeling like at her lowest point in her life. You know how that is, her husband's cheated on her. She doesn't know how to deal with it and is not feeling desirable."