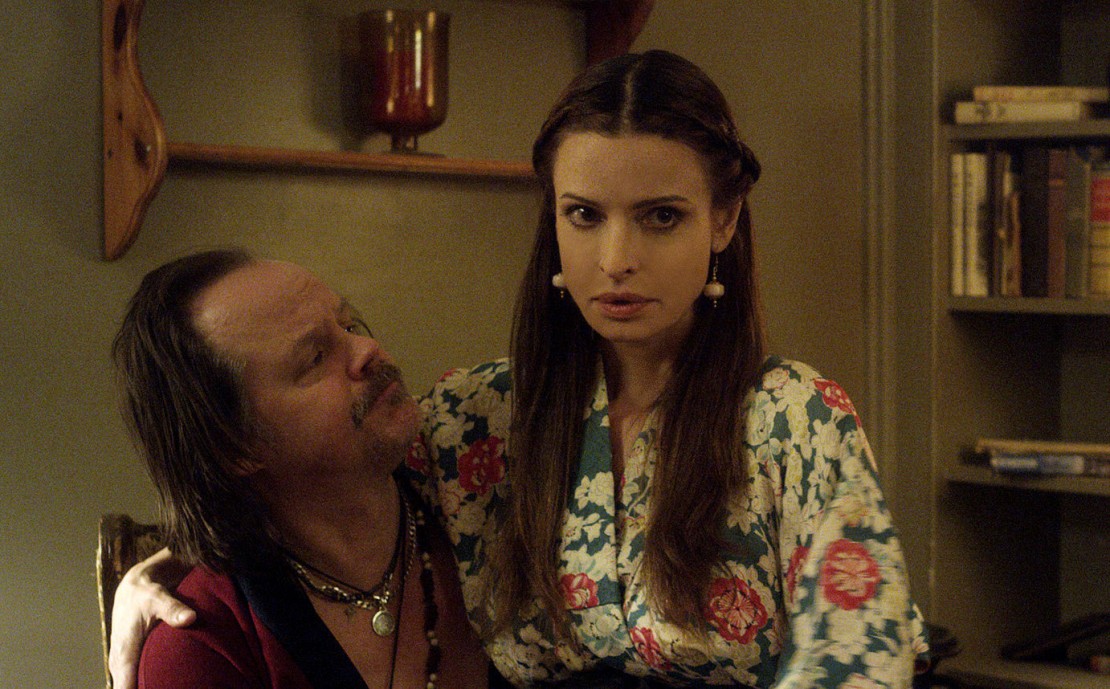 "We Are Still Here," Snowfort Pictures

There’s no delicate way to say it: If you’re trying to get your first script made, the odds are stacked against you.

Last year, Shaked Berenson's company got 28 scripts from agents, double that number from managers, and slightly more from producers. About ten times that number were unsolicited.

Epic Pictures Group made five films that year. Guess how many of those scripts came from the unsolicited pile? (Hint: It rhymes with “DeNiro.”)

So what’s an aspiring screenwriter/director/producer to do? Berenson and his fellow SXSW 2016 panelists, who have decades of Hollywood producing experience between them, gave a few pointers. The group included Gudrun Giddings, CEO of G4C Innovation; Travis Stevens, CEO of Snowfort Pictures (whose film Teenage Cocktail is playing at this year’s fest); and Winnie Kemp, Director of Development at Super Deluxe/Turner.

All of the panelists agreed that they prefer to work with people they know and like. So, whenever you’re not working or sleeping, you should get out there and make friends. Stevens remarked, “It might not be the best time management approach, but you analyze risk when considering projects, and just by having beers with people at festivals has helped us get to know them and make these decisions.”

The time it takes to build relationships is worth it, as going into production with people you like and trust can save you a lot of heartache in the long run. Berenson said, “We pick our projects by the people themselves because making a movie is gonna be a very long road. It’s a marriage. You have to know you can be in the lows and highs together. You have to be able to have a creative fight in the evening and shoot in the morning and be friends.”

DON’T: Pitch at a party

The relationships you build at festivals and events have to be authentic, and the last thing you want to do is annoy someone who is in a position to help you. As important as it is to start a conversation when you have the opportunity to meet these folks, it’s also important that you save the actual pitch for when it is welcomed, and when the person can actually pay attention. A loud party or a hectic hallway outside a panel is not that place.

Giddings recommends: “Come up to me and say, ‘I have the most amazing thing you have to hear,’ and ask if you can follow up with me later and what is the best way to do it.”

DO: Make a (short) sizzle reel

Kemp put it plainly: “Executives don’t have a lot of imagination, so if you can show them something, rather than tell them about it, it’s better.”

The good news is that we now have the tools to make teasers or sizzle reels from home, long before we’ve completed our projects. These should be very brief (the panel recommends no more than two minutes). They should be full of passion, and show what makes you and your idea unique.

Sizzles don’t necessarily have to be very involved or expensive. The point is just to get the execs’ attention long enough to have them agree to that coffee or lunch where you can pitch the project more fully.

DON’T: Include 30 seconds of credits

This one’s easy. If you’re making a two-minute reel, don’t take 30 seconds for credits — unless you definitely don’t want to get that lunch meeting.

DO: Care about your project

“It’s amazing how many pitches I get from people who don’t even like their script,” said Giddings. It’s well known across industries that people with resources invest in passion, but nowhere is that more true than in the film biz. Producers know how long it takes to get a film made and successfully put out into the world, so they want to be confident that your enthusiasm will last through the life of the project.

If you want to be taken seriously when pitching, be realistic about your project. Look into other, similar projects. Know what is out there already in your genre; know what’s in the works. Don’t blow up your own spot by trying to be something that you’re not.

As Berenson quipped, "Don’t try to tell me that your $200,000 zombie movie is going to do as well as World War Z just because they are both zombie movies. Compare yourself to another movie with a $200K budget."

DO: Get your research on

Perhaps even more important than doing your homework about similar projects is to know the ins and outs of the companies you are pitching to. Do they make your type of film? How many films do they make each year, and what are their budgets? Are there specific producers within the company whom you might like to work with?

Kemp estimated that she gets 30 or 40 pitches a day; if you want your script to be the one she reads, you need to get targeted. Know why you are bringing the project to her specifically, and communicate that. She also suggested that reading The Black List is one way to understand what producers are looking for in general, as well as to find out what type of scripts are getting attention.

The best part about research for a new filmmaker? As Stevens pointed out, it’s free!

All the sizzle reels in the world won’t save you from a bad story. When it comes down to it, you usually still need to give the people what they want: great relationships, a fascinating premise, conflict, and all that jazz.

Stevens, the most indie-leaning producer on the panel, said that they key to his success has been to throw a little extra hot sauce on these basic tenets. “If you don’t have the money for movie stars and big visual effects,” Stevens mused, “how do you make your movie stand out? We’ve done it by taking something that has a core commercial concept and pushing it out a little bit, making it wilder.”

DO: Always be writing!

Kemp pointed out that the average age of screenwriter when they sell their first script is 37. And chances are they didn’t start writing at 36.

So write, write, write! Keep writing and putting together a portfolio, because that’s what will ultimately get you an agent.

There are plenty of techniques out there to help kickstart your writing, like using the new Flowstate app, entering a screenplay contest that forces you to have a deadline, or simply carving out a set time each day to get offline and focus solely on getting words on the page.

So, what are you doing here? Go get your write on!