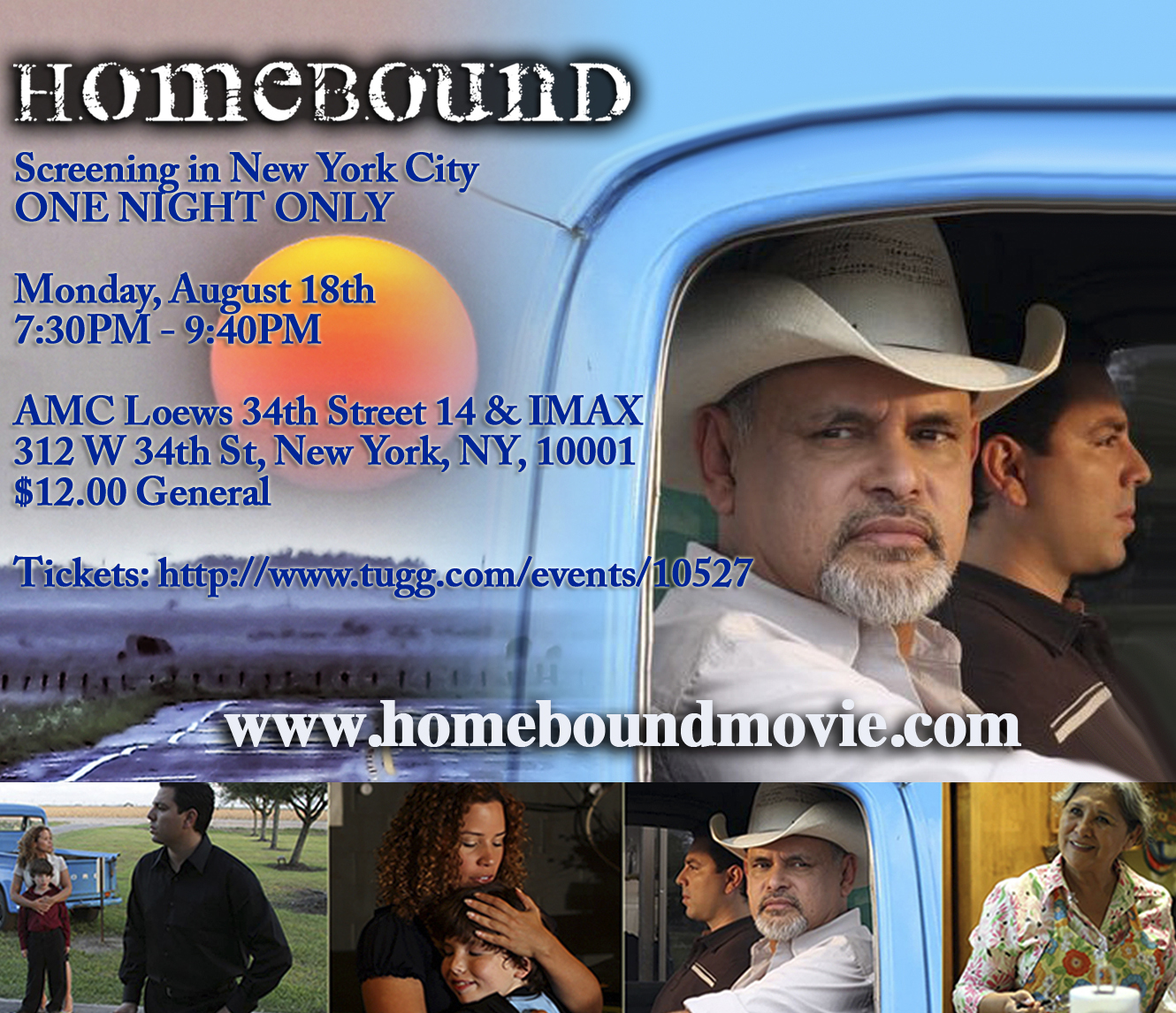 The Award Winning film HOMEBOUND continues it's tour of the country with a special screening in  New York City.

Writer/Director and actress Fanny Véliz raised production funds to shoot her first feature film, Homebound , through the popular internet crowd funding method. Now that the film is complete she is using a crowd sourcing platform to distribute the film called TUGG. “The goal is to show to Hollywood that there’s a hungry audience out there ready for a film like HOMEBOUND.” Says Veliz “It is about empowering the community to empower filmmakers to tell the Latino stories Hollywood chooses to neglect.”

7 screenings of the film have already taken place in El Paso, Chicago, Austin, Atlanta, San Antonio, Fresno, and Los Angeles. And now a screening in New York City has been confirmed for August 18th at the AMC Loews 34th St.

TUGG is a crowdsourcing platform that gives people the ability to bring the movies to their local movie theater without any up-front-costs. “I’m committed to helping transform the image of Latinos in the media by telling stories that aren’t usually told,” says Veliz. “We are all used to seeing stories of immigration, gangs, and other stereotypes, this film shows another side of the American Latino. Homebound is an American story, a human story told with an American Latino cast.”

Homebound tells the story of Richard Lynn, (played by dynamic actor Jeremiah Ocanas.) He is a successful young Latino business professional who returns to his small hometown in Texas to help his dying father. His father insists he take over the family business, a bar. Secretly, the young man wants to burn down the bar because he blames it for the death of his own mother and the illness of his father. In the process he rediscovers his childhood’s small town and falls truly in love for the first time.

The film features a cast of seasoned actors which includes Enrique Castillo, whose work in such films as El Norte, Mi Familia and the cult classic Blood In Blood Out have made him a fan favorite among Latino audiences and his role in Showtime’s Weeds has made him a hit among mainstream audiences. Texan born Julia Vera, who has built a career as a character actress in film and television for over twenty years is not only an actress in Homebound, she is also invested in the film as an associate producer.