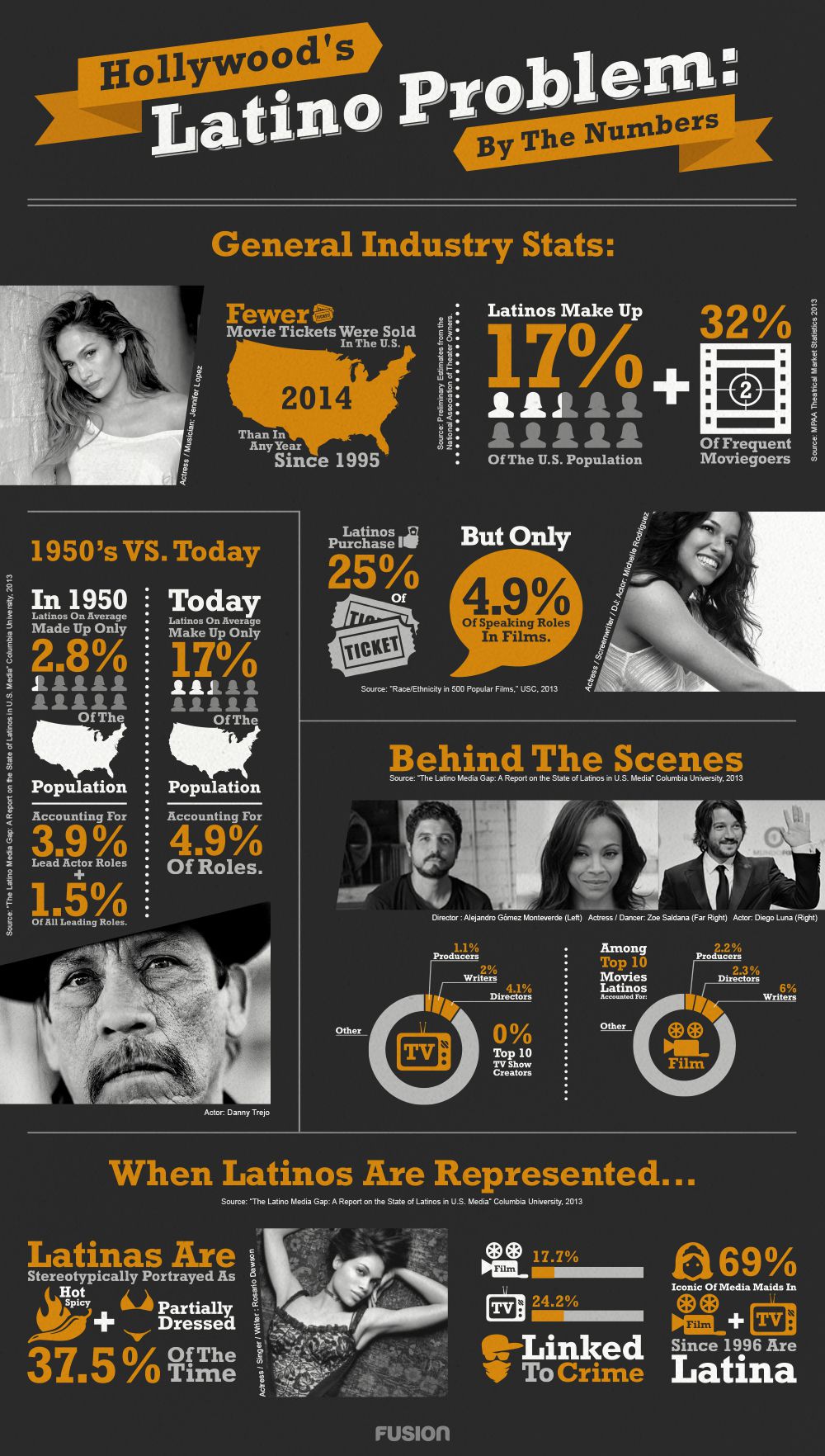 For those who aren’t up to date with the latest theatrical market statistics: Latinos buy 25% of all U.S. movie tickets and make up 32% of frequent moviegoers. So why is there only one Latino-centric film being released by a major studio in 2015?

A look at the numbers shows that Hollywood continues to almost completely ignore the Latino audience despite their influence and spending power, and the industry seems to be making little progress. Cesar Chavez was the only Latino-centric studio film released in 2014 and the lack of diversity behind the scenes indicates the depth of the issue. There are exactly zero Latino studio heads, network presidents, or CEOs. Of the top 10 films from 2010 to 2013, Latinos made up just 2.3% of directors, 2.2% of producers, and 6% of writers.

While the film industry has been slow to change, television programming is doing slightly better in terms of representation. The success of shows like Cristela and Jane the Virgin (Gina Rodriguez’s Golden Globe win was huge) proves that there is a strong appetite for Latino culture in mainstream primetime.

Hopefully the film world will take notes. Here’s a look at some of the most striking stats:

Check this out at Fusion.net.