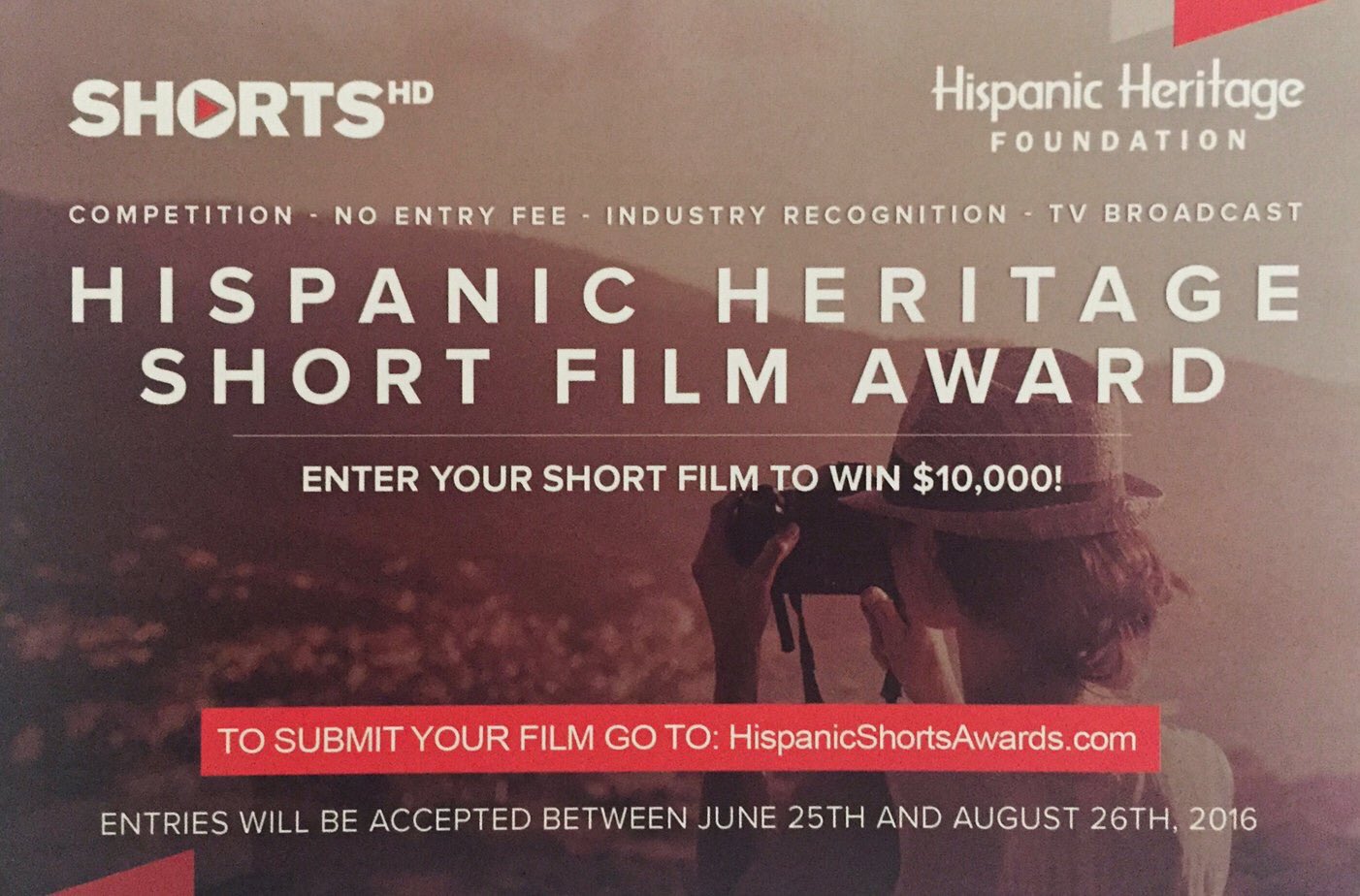 The winning Hispanic filmmaker will receive a free trip to Washington, DC to screen the selected film at the Hispanic Heritage Awards held September 22, 2016, exposure to decision makers for broadcast deals, as well as additional award prizes such as participation with a round table of studio executives and experts to provide guidance to finalists.

The top five (5) finalists will be considered for a television broadcast deal on ShortsHD!

Get more information on hispanicshortsawards.com