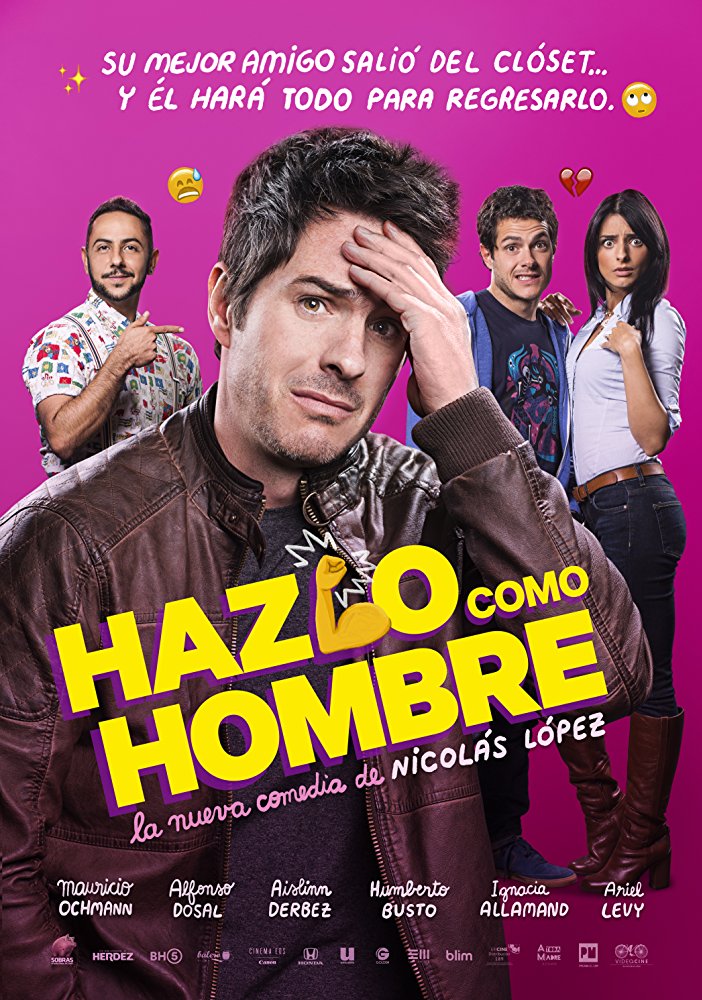 Nicolás Lopez, director of Chilean box office hit “Sin Filtro,” again amasses success with the latest film, “Hazlo Como Hombre” (“Do It Like an Hombre”). Premiering on August 11, Variety reports the film earned $591,537 Thursday alone. In comparison, the biggest U.S. opening “Baby Driver” earned half of that, $239,565, and the biggest Thursday-night earnings of any Mexican film.

Nicolás Lopez is known for his work directing Eli Roth’s “Aftershock,” producing “The Green Inferno” and, of course, writing and directing “Sin Filtro.”

“Hazlo Como Hombre” stars Mauricio Ochmann (“El Chema”) and NALIP Media Summit speaker, Aislinn Derbez (“Win It All”), in a comedy-drama with the logline: “His best friend came out of the closet… and he’ll do anything to get him back in.” This is followed by “Warning: This film’s protagonist is machista, homophobic, retrograde.” Nicolás Lopez, to promote the film, organized a National Anti-Machista Day in Mexico, leaving no doubt on how he feels about his main character.

“Do It Like an Hombre” will be released September 1st in the U.S. Variety anticipates that the film will likely garner similar success in its opening weekend.