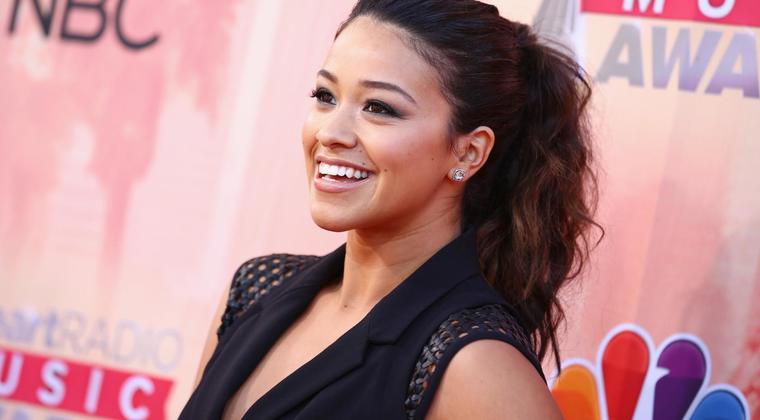 “I deserve this, I work very hard, and I’m a good person.”

The words are those of legendary actress, singer, dancer and entertainer Rita Moreno. Moreno’s words were not about her, but 31-year-old actress Gina Rodriguez.

What Moreno knows, and the rest of the entertainment industry is finding out, is that Rodriguez is a rising star and force to be reckoned with in Hollywood who was recently named one of TIME’s 100 Most Influential People.

When the Oscar nominations were announced, #OscarsSoWhite became a rallying cry on social media against the lily-colored landscape of Hollywood. Activists spoke out against the lack of nominations for minorities. #BlackTwitter rose in force, spurring actors like Jada Pinkett-Smith and Chris Rock (this year’s emcee) to speak out against the (perceived) racist tendencies of Tinsel Town.

Our own Ricardo Hazell wrote how 2015 “was a pretty good year for black films and quality black performances”. Yet, there were no nominations for Straight Outta Compton or Will Smith’s performance in Concussion.

While this uproar went on, my thoughts were, at least y’all had films and performances worth considering. Any Latino, Asian, Native roles or films that were memorable in 2015? Nope. The opportunities are even less for others of color.

#MovementMondays has become an action of the heart as well as the mind for Rodriguez. Stirred by a passion to promote Latinos in the television and film industry, Rodriguez is using social media to tell their stories.

“With all this Oscar Talk and lack of diversity, I decided to start a movement and speak from the perspective of a Latina American who desires to see more Latinos onscreen,” the actress said on Instagram.  “No studio will put their money behind a Latino face as a lead of a movie because they don't believe we can make their money back. If you want to see us represented on film and TV, if you want to see Latinos nominated for Oscars, we NEED to support one another.”

And that is the challenge. Supporting one another despite our own community diversity. We are Latinos (no, that’s not the same as Hispanic), but even that is a broad term. We can unite around the word Latino, but we also unite around our own individual culture.

For the uninitiated, the culture for those of Cuban descent is not the same as one of Mexican descent. Or Peruvian descent. Or Argentinian, Puerto Rican, Nicaraguan…

We’re diverse, which is both a blessing and a curse. We wouldn’t trade our ethnicity and culture, but that, I believe, is what keeps us from truly uniting in support like Rodriguez mentioned. Cultural divides within the Latino community itself has prevented us from supporting, uniting and getting vocal about the lack of Latinos in prominent roles in Hollywood. 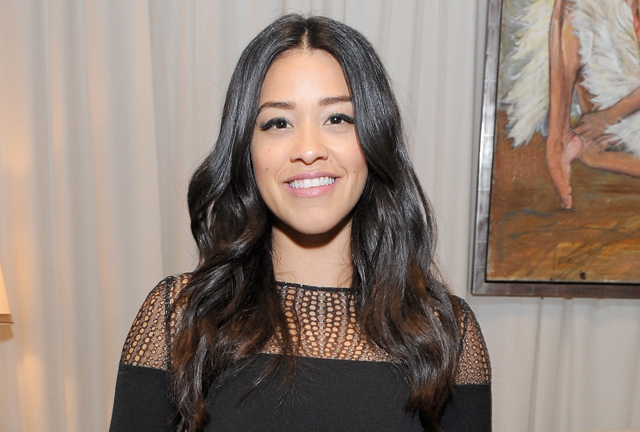 Despite the challenge, Rodriguez continues her quest but with a twist. Not only is she championing Latinos, but in the name of real diversity, she is spreading the word about non-Latinos too.

What Rodriguez understands is that real and true diversity is NOT just black-and-white. It’s not a cookie cutter mentality of only speaking up for one’s own race. She speaks up for diversity in its truest sense.

But, there’s more to champion for Gina Rodriguez. The star of CW’s popular Jane the Virgin show is also championing the discussion on body issues. At age 19, she was diagnosed with Hashimoto’s Disease, an affliction of the thyroid that disrupts the metabolism. Even when appetite is lacking, weight can still be gained, which is what has happened with Rodriguez.

It could have been the “end of the world” in the acting sense, where image matters. Rodriguez did what she always does. She adjusted.

“This is going to be a journey of accepting who I am within societal norms of what a lead actress looks like,” she told Women’s Magazine. “The second I stopped feeling like I wasn't enough was the second I realized I was capable of doing anything."

Judging by her status on TIME’s list, she is capable of doing anything. Capable of raising awareness of Latinos and other racial groups in Hollywood. Capable of overcoming any adversity that comes her way. Rodriguez is a force to be reckoned with now and in the future.

Check this out on theshadowleague.com