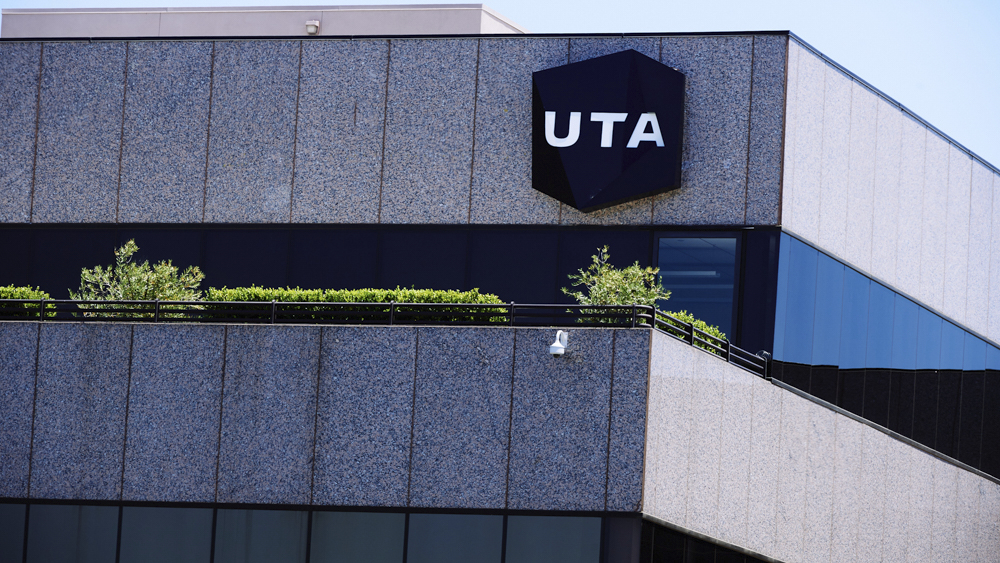 The United Talent Agency has promoted more than 100 employees across 30 departments making this their largest-ever class of promotions. UTA states that nearly 60% of the people promoted identified as women and over 35% were people of color. Read more on Variety.

THE GARCIAS TO STREAM ON HBO MAX

10 EPISODE RE-BOOT OF THE BROTHERS GARCIA

WITH 90+% LATINO INCLUSION BOTH IN FRONT AND BEHIND THE CAMERA 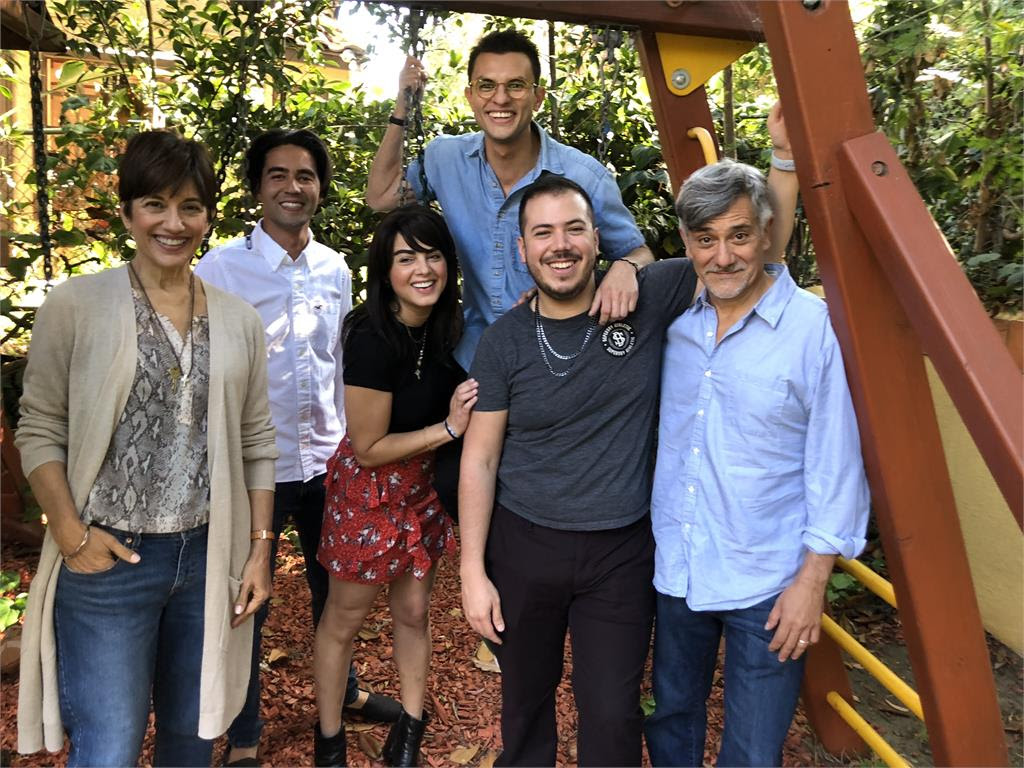 Los Angeles, CA (April 29, 2021) –New Cadence Productions (NCP) announced today that they will re-boot the hit series “The Brothers Garcia” with “The Garcias,” featuring the entire original cast who are all grown up with diverse families of their own.

The original series “The Brothers Garcia” ran on Nickelodeon for 50 episodes from 2000-2004. It also aired in 40+ countries around the world. The new series will be shot in the Riviera Maya, Mexico, specifically in a town called Puerto Aventuras, as well as in eco-theme parks Xcaret, Xplor and Xel-Ha. These four locations will add a unique production value to the show.

“The Garcias” is a slice of life of an American family that just happens to be Latino. By shooting the show in San Antonio, Texas and Mexico, the series juxtaposes an American Latino family in Mexico.

“We want audiences to see that we are totally American and part of the ‘new mainstream,’” exclaimed NCP Partner and show creator Jeff Valdez. “There are no themes of narcos, border walls, gang bangers or maids anywhere in this series - a fact that we are very proud of and hope that Hollywood will follow suit. We are extremely proud of the fact that this show will easily achieve 90+% positive Latino inclusion both in front of and behind the camera.”

“We are excited to be partnering with WarnerMedia, who believes in the project and ordered 10 episodes,” states Sol Trujillo, NCP Partner and global media-communications and technology icon. “The themes of our new series are aspirational and universal. “The Garcias” will be in English and, of course, every episode will end with the trademark, ‘Todo para la familia,’ which means ‘Everything for the family.’” 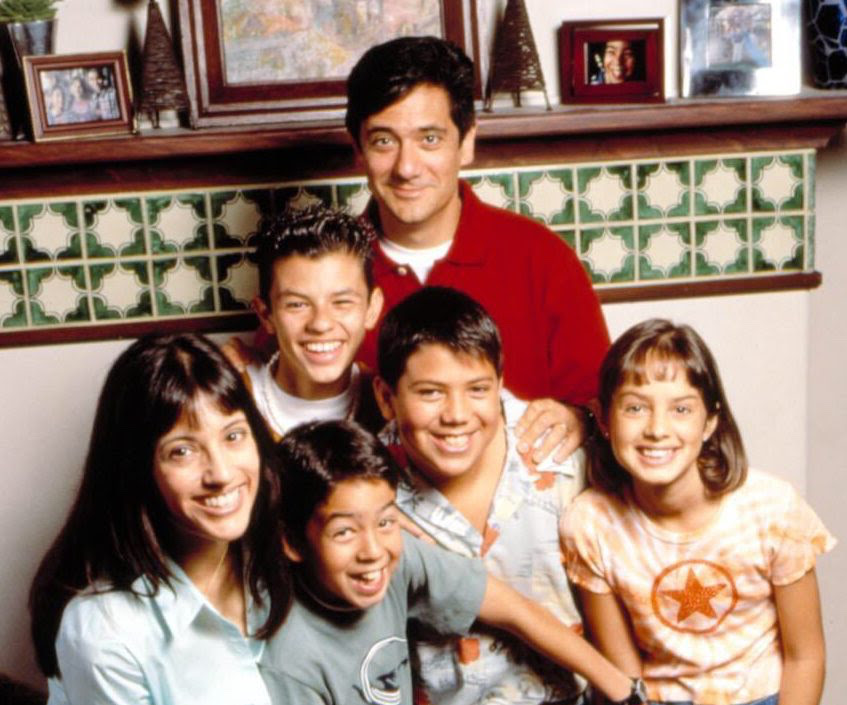 The board of the Hollywood Foreign Press Association said it wants to admit 20 new members in 2021, with a focus in recruiting Black members. This all comes after the February Los Angeles Times report that revealed none of its 86 members in Black. The board wrote in a letter, “We have engaged in much-needed, deep introspection with the help and guidance of our outside advisors, experts in diversity and inclusion, and our media partners. Together, we have created a roadmap for transformational change in our organization.”

Peabody Awards Nominees: ‘Euphoria,’ ‘Ted Lasso,’ ‘I May Destroy You,’ and More 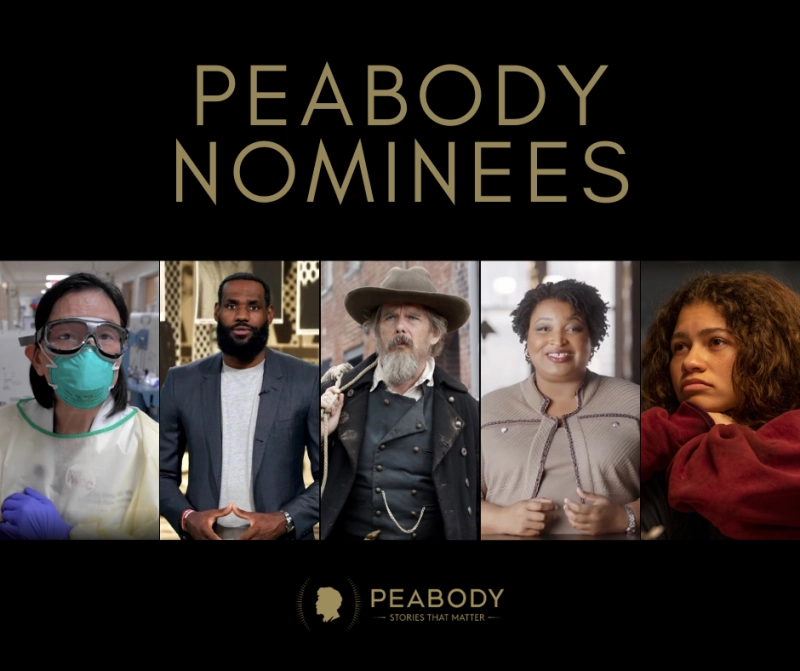 Courtesy of Peabody Awards via Indiewire

Congratulations to the cast and crew of Gentefied for their Peabody Awards nomination under the category of entertainment. Other nominees for this category include La Llorona, Euphoria Special: Part 1, Never Have I Ever and more. The winners will be announced in June. Read the full list of nominees and learn more about the Peabody Awards here. 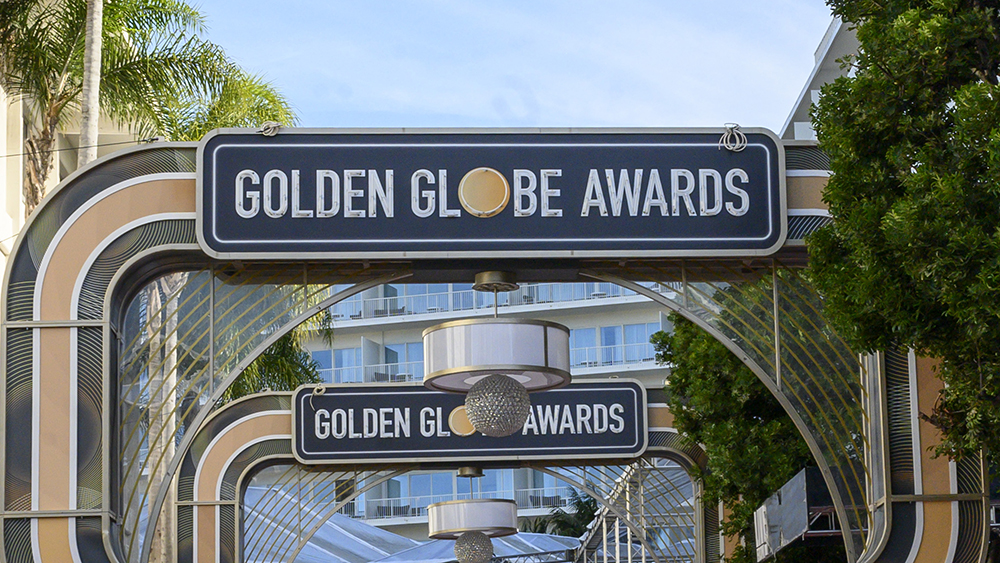 HBO Max has given a 10-episode order to The Garcias, a sequel from Nickelodeon's sitcom The Brothers Garcia. The original series is billed as the first English-language sitcom to have an all Latino cast and creative team and it aired from 2000-2004. This new version finds the Garcia children as adults with all six core cast members set to reprise their roles. Read more here.

Shea Serrano-Mike Schur Comedy in the Works at IMDb TV

IMDb TV has announced that they are developing a Mexican American coming of age TV show called Primo. The show will highlight cultural norms, college aspirations, societal expectations, & the hectic home life of being raised by his single mom and five uncles. Primo is a Fremulon and 3 Arts production in association with Universal TV, a division of Universal Studio Group. 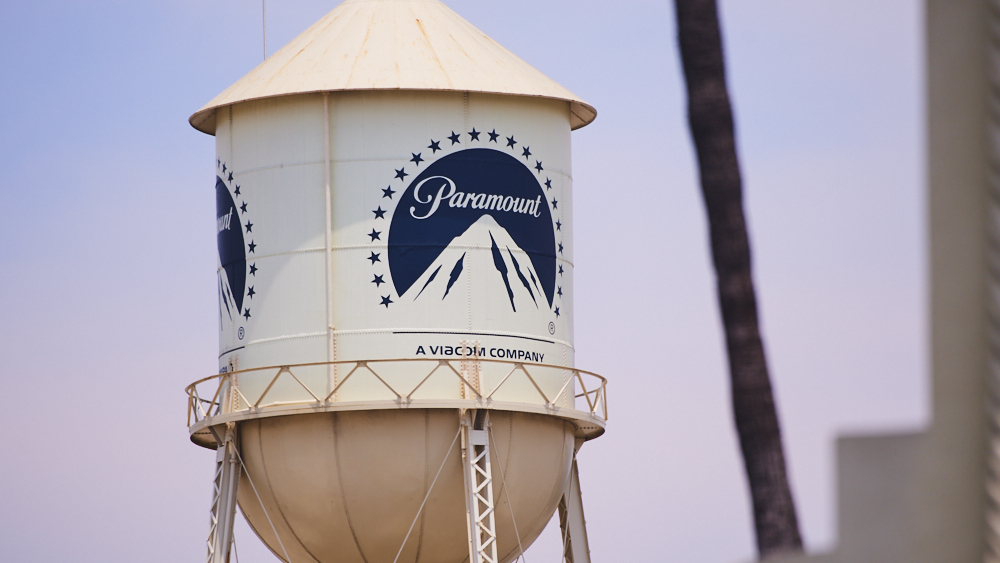 Paramount Pictures has become the latest studio to adopt the Ruderman Family Foundation’s guidelines for auditioning actors with disabilities for studio productions.

“By formally committing to audition actors with disabilities for studio productions, Paramount Pictures has taken a significant step toward cementing a culture of inclusion that the company has already put into practice for years, including by working with actors with disabilities across its divisions and making casting decisions that reflect authentic representation in high-profile roles.” said Jay Ruderman, president of the Ruderman Family Foundation. 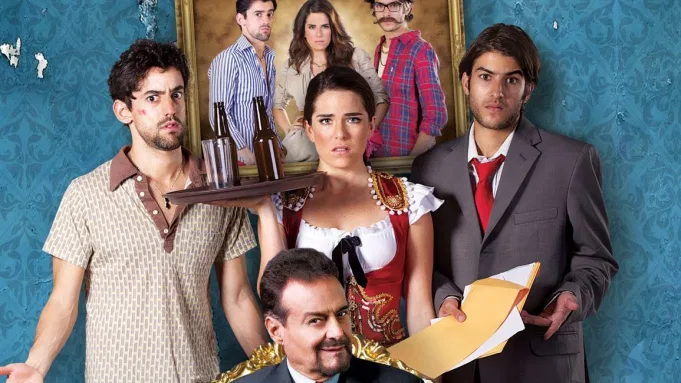 Sofia Vergara: The Businesswoman Behind a Beloved Sitcom Star 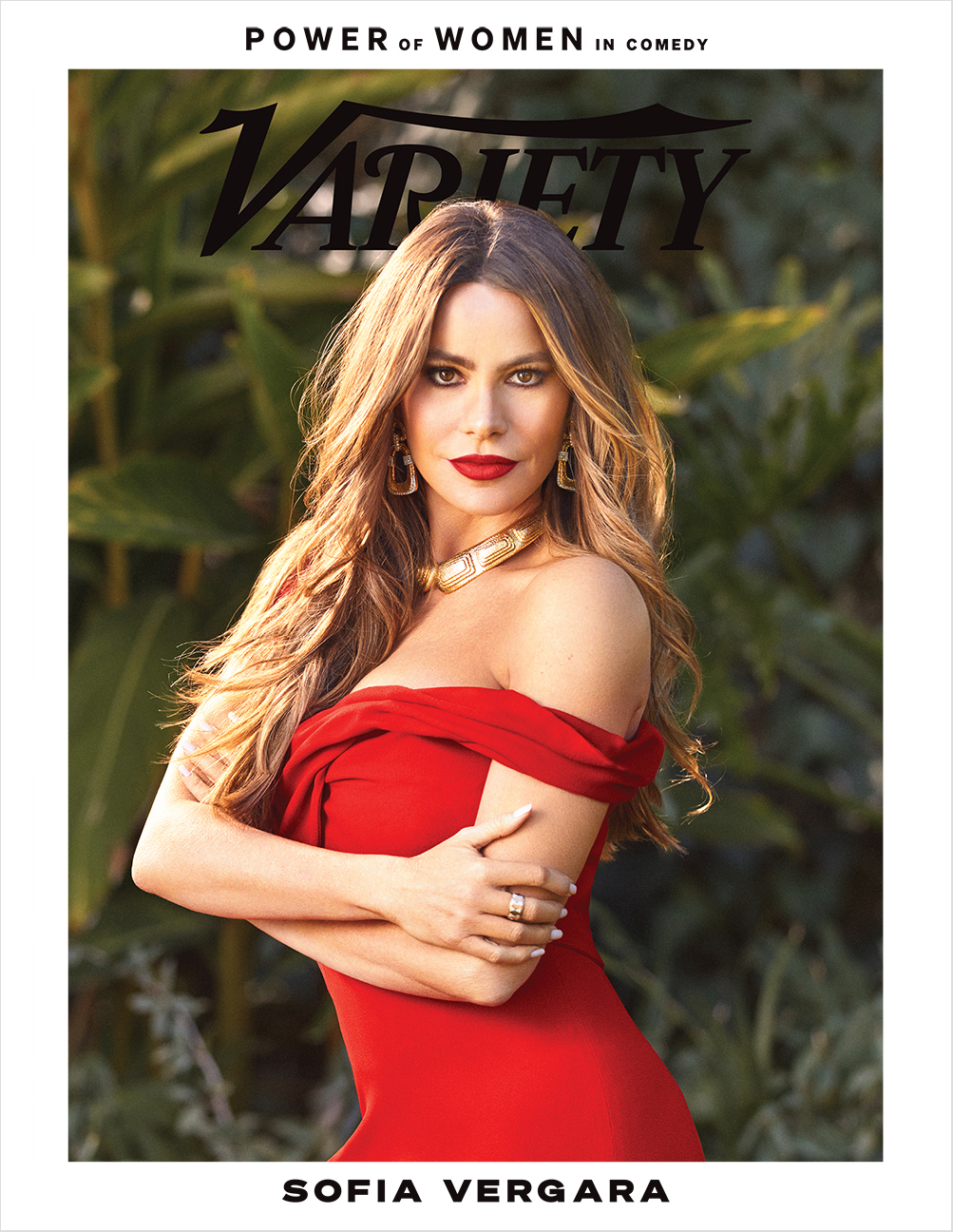 From her early start as a 22 year old living in Miami unable to find an agent, to topping the Forbes list for 7 consecutive years as the highest-paid female actor in the world, Sofia Vergara has had quite the career. In this Variety piece, Sofia discusses her entrepreneurial career as well as the journey she went through as an actress.

She also goes on to discuss the issue of Latina representation,

“What we need is people that know about Latinos, like writers and creators. Those are the ones that can give us jobs. Usually, a showrunner or a writer will write about what they know, and some of them maybe have never even had a Latina girlfriend or they’ve never even had friends that are Latin, so when they sit down to create and write, it just doesn’t even occur to them. I feel that what we need are more writers and creators who are creating content for us. That is the only way that it’s going to happen.” 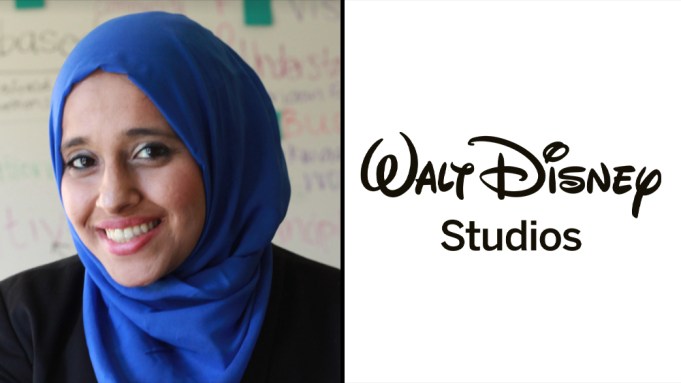 Courtesy of Disney via Deadline

Marya Bangee is the new Disney Studios Content's VP of Multicultural Audience Engagement. Her team is responsible for furthering representation across the different studios within the Disney Studios umbrella through content advisement, market strategies, talent acquisition, and Disney's Launchpad ( incubator for diverse emerging filmmakers). Read more about Bangee's career and trajectory on Deadline.