Check out fresh news for this week! 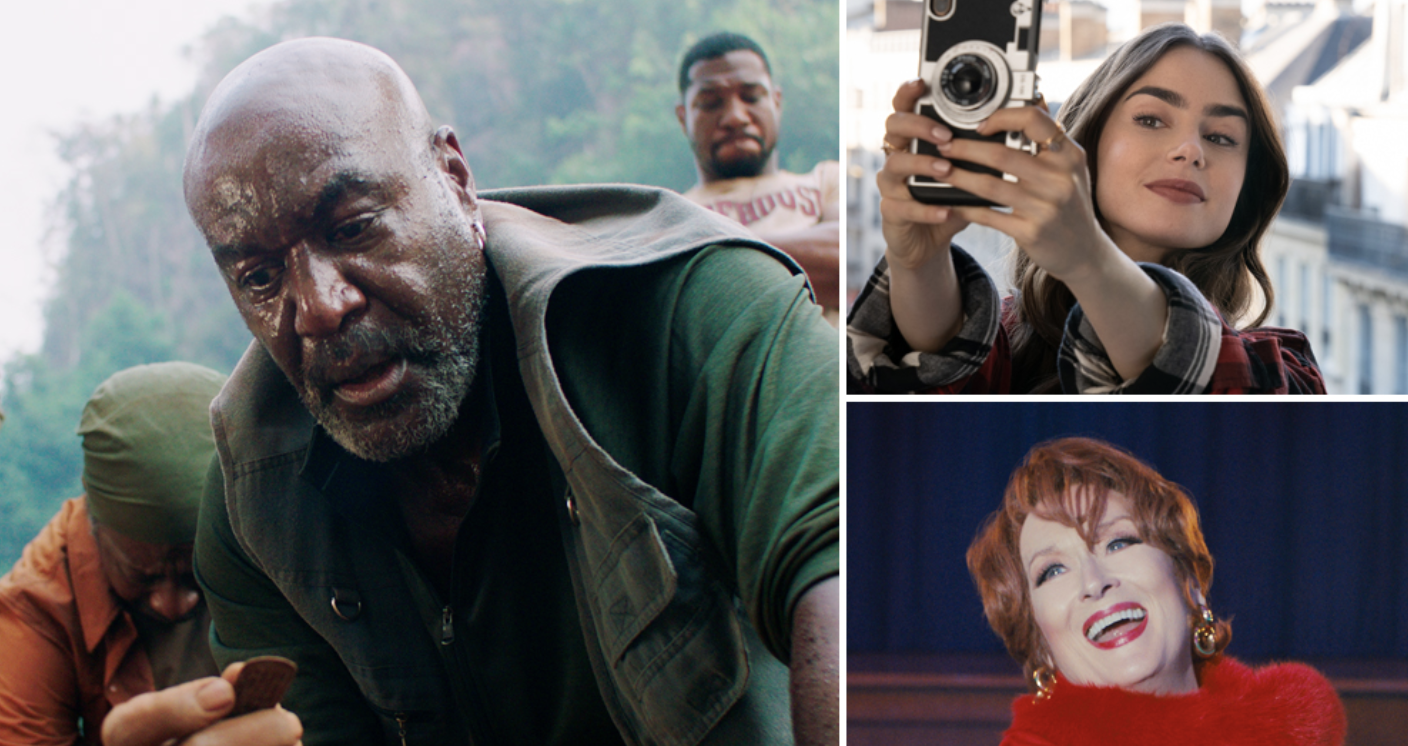 The Golden Globes’ are a bit out of schedule this year, as the ceremony usually takes place in the beginning of January, but with COVID, the nominees were just announced this week. The biggest winner for this year’s Golden Globes’ is Netflix. They have 20 nominations for their TV Shows, “The Crown” coming in with 6 nominations, and their dark money-laundering drama “Ozark” had a few more nominations. Netflix Movies also picked up a few Gloden Globes’ nominations, “Mank” directed by David Fincher, and  “The Trial of the Chicago 7,” Aaron Sorkin’s drama about a court case following protests at the 1968 Democratic National Convention, scored five nominations. Click here to read Variety’s breakdown of the 18 biggest snubs and surprises. 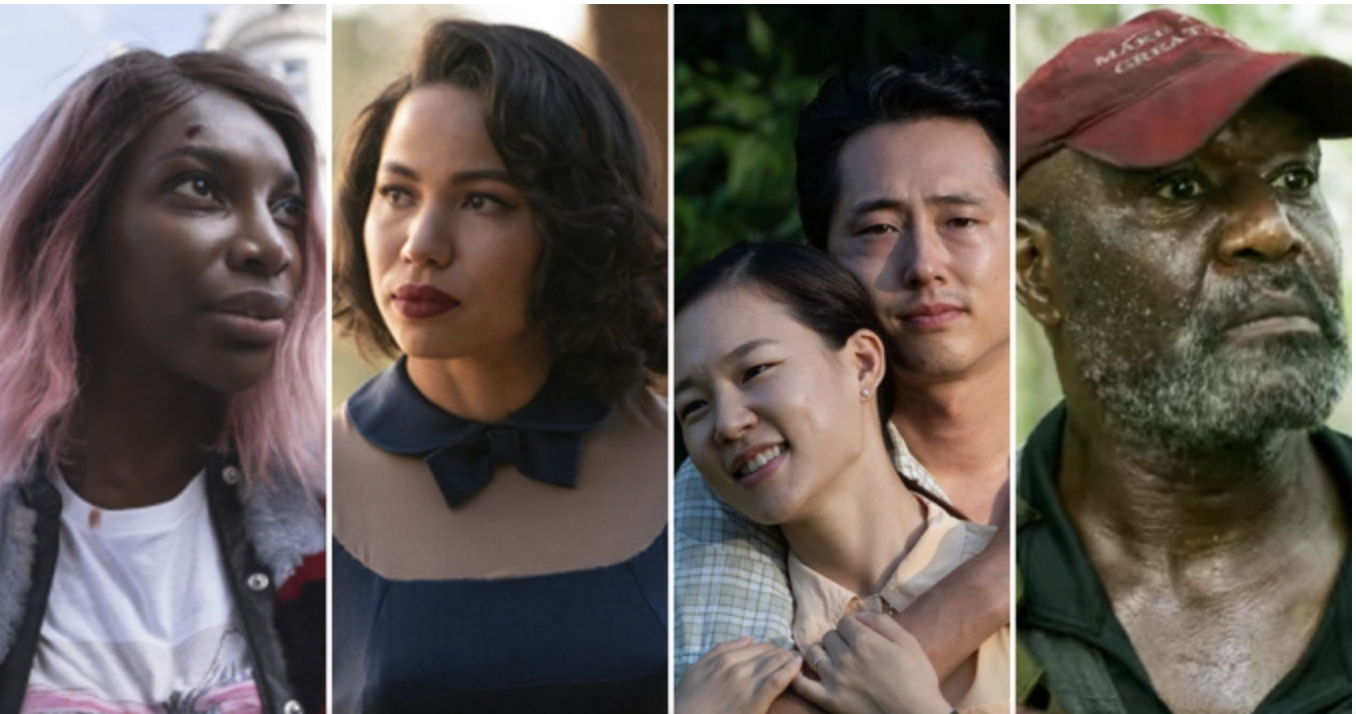 Hollywood Foreign Press Association, HFA, is being criticized for the lack of diversity in this year’s Golden Globes’ nominations. The uproar is due to the fact that of the 10 films nominated in the Best Picture categories, none of them center on a narrative about a person of color or an underrepresented community. This mostly upsetting because The Television Academy and the Academy of Motion Picture Arts and Sciences are doing their part in creating a more inclusive industy by recognizing underrepresented filmmakers and their stories. But HFA is doing the opposite and nominating stories like Emily In Paris, and I May Destroy You. Click here to read the full story.

‘Rita Moreno: Just a Girl Who Decided to Go for It’ Review: A Role Model Who’s Thoughtful and Always ‘On,’ Even in Her 80s 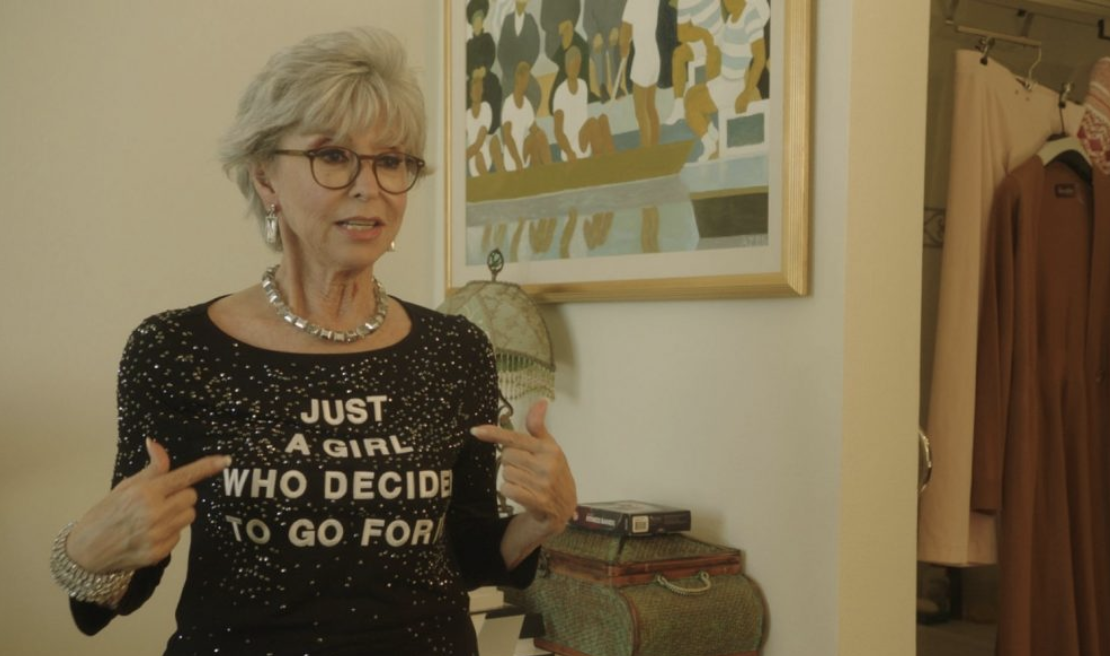 “Rita Moreno: Just a Girl Who Decided to Go for It.” premiered at Sundance, the documentary tells her story of how she became successful as a Hispanic young woman during a time where racism and sexism were very much alive. The documentary explores what an even more prolific filmography Rita could have had if the times were different. The list of executive producers for this documentary includes Norman Lear and Lin- Manuel Miranda. Click here to get more inside scoop of Rita Moreno’s latest film.

If you grew up listening to Menudo, get ready because a 15 part drama series, ‘Subete a mi Moto’, is headed to the U.S which is expected to premiere on Estrella TV. ‘Subete a mi Moto’ will focus on the band’s creator and the story of the international 80’s pop sensation, Menudo, and their smash hits as they are the first Latin Pop band to cross over to American mainstream. The series is said to launch on the network on Sunday, February 14 at 9 pm. Click here to read more. 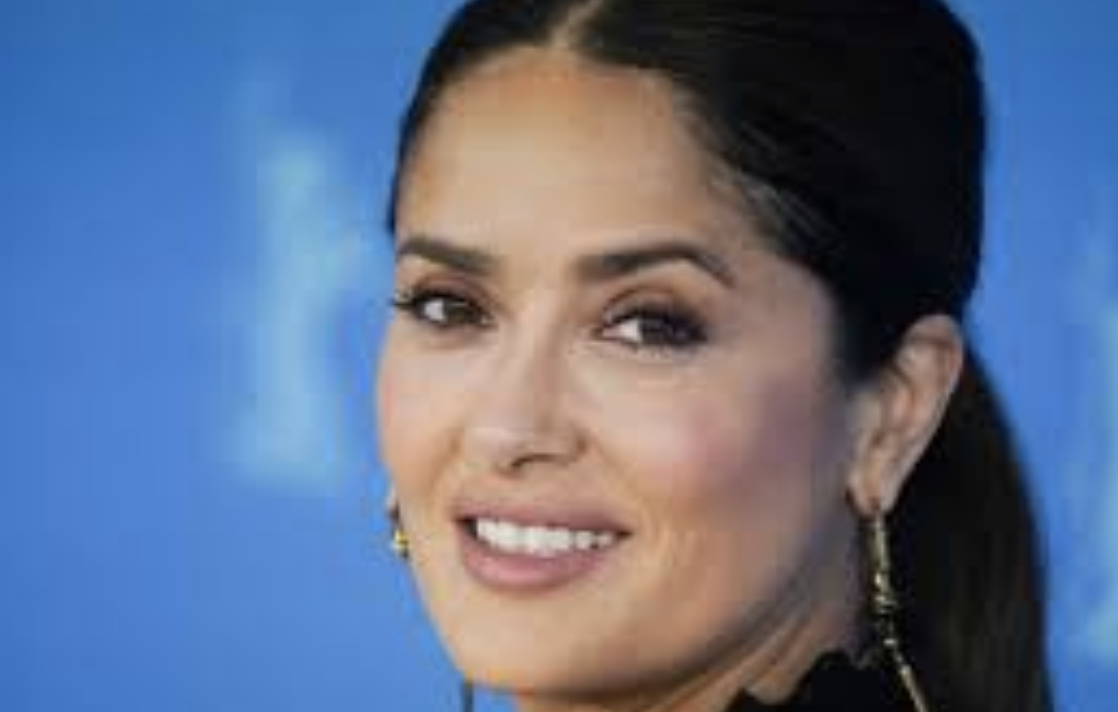 Salma Hayek joined Variety's podcast this week to talk about her latest projects. In the podcast she talks about her project as the main character in the indie film “Bliss'' and the up and coming Marvel movie, “Eternals” To listen to this podcast, click here, where you can watch Variety's interview with Salma Hayek. 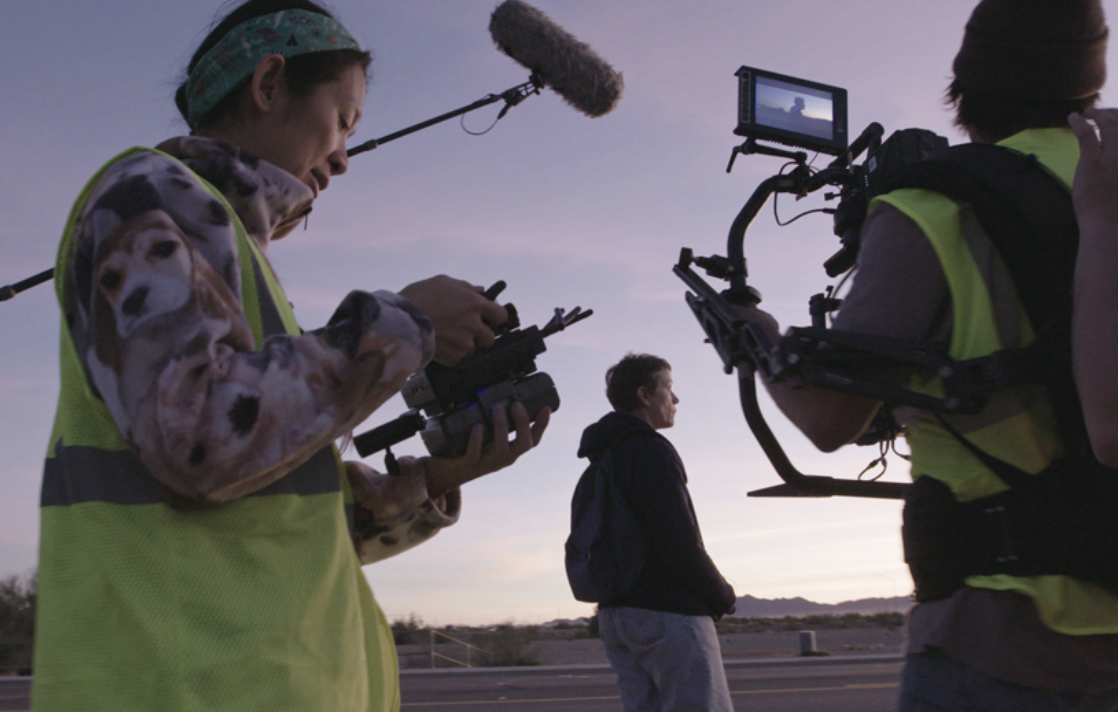 Congratulations to Chloe Zhao for “Nomadland,” Emerald Fennell for “Promising Young Woman'' and Regina King for “One Night in Miami” for breaking the barriers as this is the first time the Golden Globes has nominated so many women in the Best Director Category. And although this is a milestone for women filmmakers there is still a lot more work to be done to close the gap as women are still vastly underrepresented in the industry. To put this into perspective, in the past seven decades only five female directors had been nominated. In the past year, women directors have only accounted for 16% of the 100 highest-grossing films, 12% in 2019, and 4% in 2018. Click here to read more. 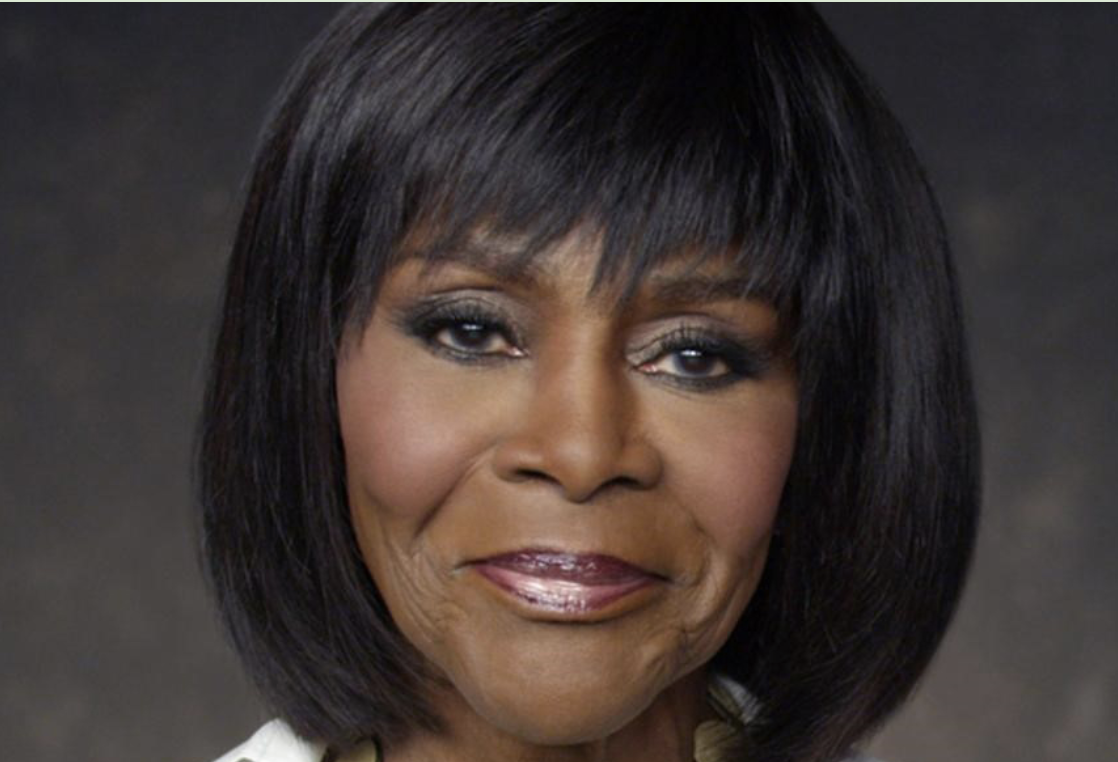 Cicely Tyson was an Emmy and Tony-winning actress who made an incredible impact in the film, television, and theatre industries. Her family has set an official public viewing for the late icon, who passed away at the age of 96 on January 28, 2021. The viewing is set to take place on Feb. 15, 10 a.m. to 6 p.m. ET at the Abyssinian Church in NYC. COVID-19 protocols are in place. You can read more about the iconic Cicely Tyson and the public viewing here.

The High Cost of Chasing Netflix 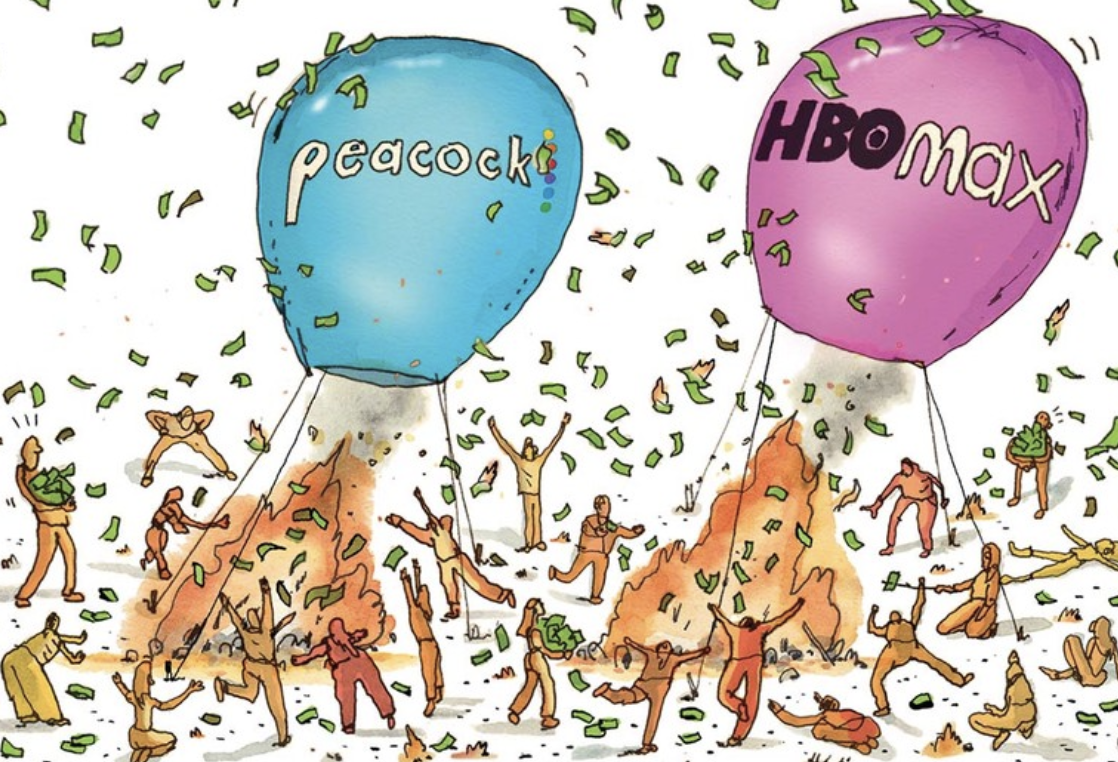 NBCU’s Peacock and Warner Media’s HBO Max are investing billions of dollars in order to establish a streaming presence like its competitor, Netflix. Although these companies are experiencing a notable increase in subscribers as they expand their partnerships, some doubling their streaming active users, they are still experiencing monetary losses. Read more about the shift to streaming and its impact here. 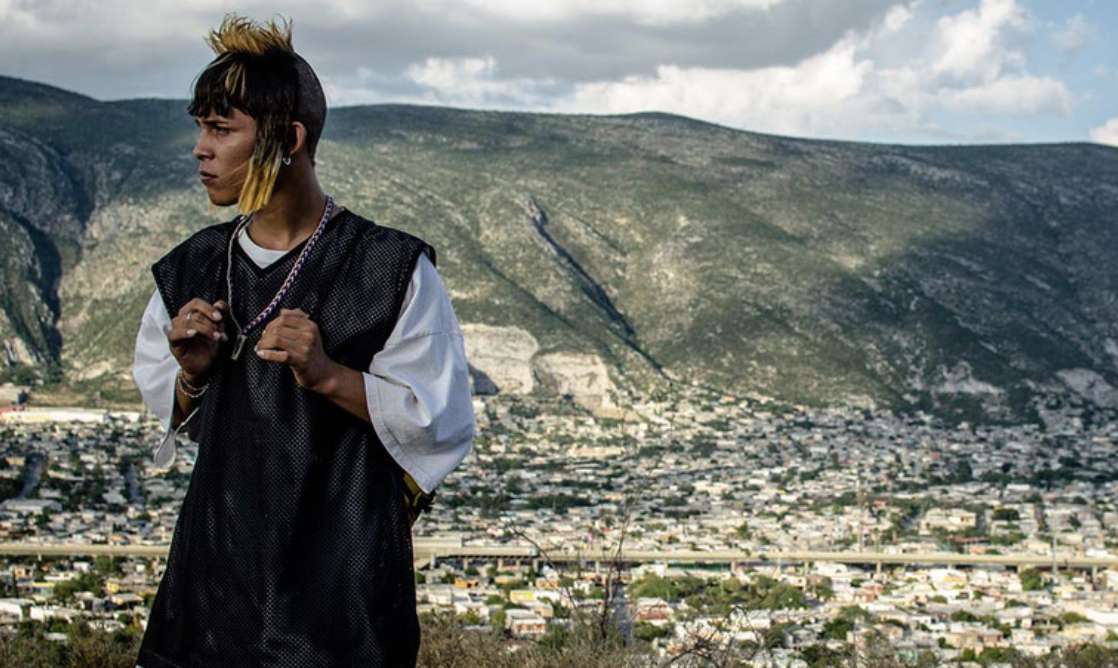 Fernando Frías de la Parra is part of the awards conversation this year with his feature film, I’m No Longer Here, set as the official Mexican submission for the best international feature at the Oscars. Receiving praise from Guillermo Del Toro and Alfonso Cuarón, Frías’ film is set to be one of the most memorable debuts. Frías speaks about finding his actors on the streets, the importance of finding the right songs, and the inspiration he took from Mexican filmmakers. Read about his journey here.

Viggo Mortensen: ‘Lord of the Rings’ TV Series Is ‘Worth Watching’ Because of J.A. Bayona 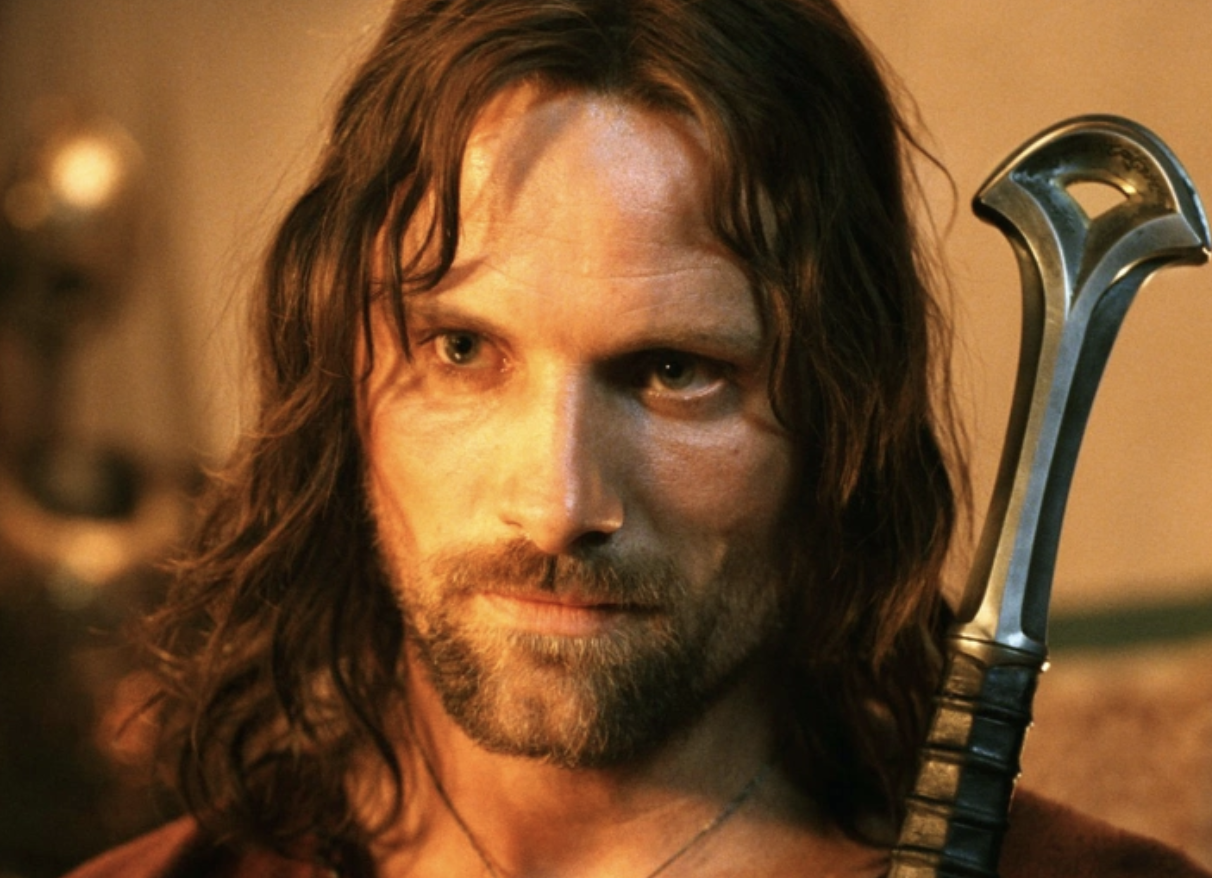 Viggo Mortensen stated he is excited to watch Amazon’s “The Lord of the Rings” new series because of the involvement of Spanish filmmaker, J.A Bayona. Bayona is the director behind “The Orphanage”, “The Impossible”, and “ Jurassic Park: Fallen Kingdom” and he will be directing the first two episodes of Amazon’s “Rings” series. Read more about what Mortesen has to say here.

Latinx Files: What will the future of Latinx television look like? 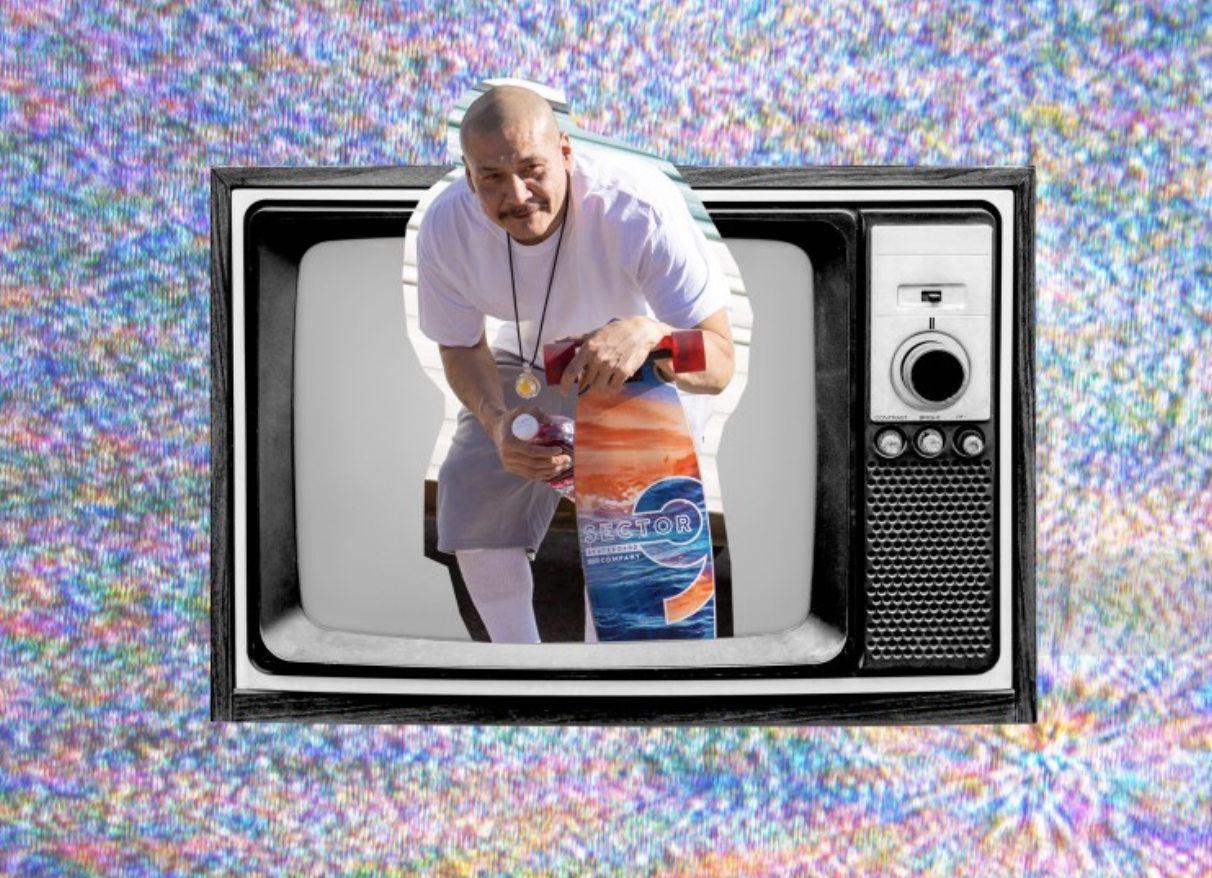 Peter Murrieta’s show “Greetings From Tucson” premiered in 2002 and he thought it was the beginning of a Latinx boom in television. 20 years have passed, and the promise of Latinx people telling Latinx stories on prime-time television remains unfulfilled. The article gives us glimpses of what the future of Latinx television will look like and cites projects from Telemundo, such as their “Radar 2020” YouTube channel, and even suggests clues as to where these glimpses can be found are also on TikTok. Read more here. 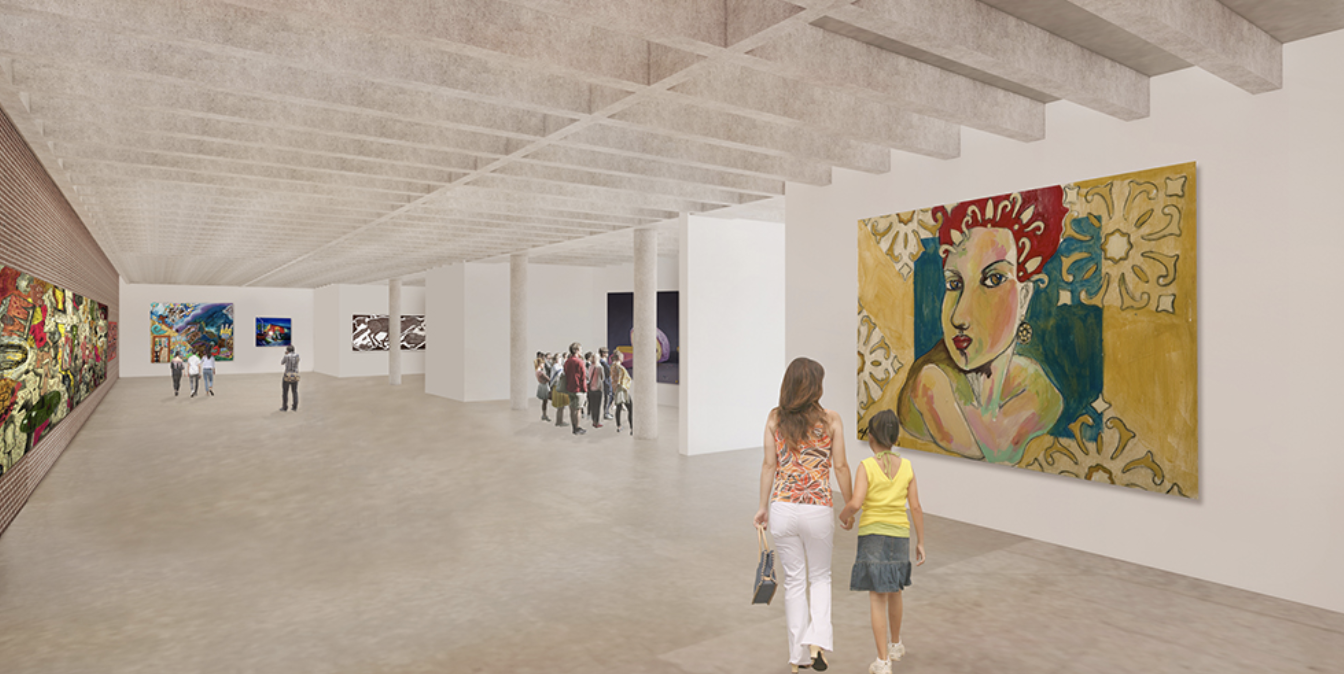 Comedian Cheech Marin has been widely known for his vast collections of Chicano art, he has over 700 unique artworks varying from paintings, graphics, sculptures, and photography. Because of his highly regarded art collection, the city of Riverside is opening an art museum in honor of Cheech, the Cheech Marin Center for Chicano Art, Culture & Industry of the Riverside Art Museum in the fall. The museum is being renovated where the former Riverside library is located. Click here to read more.

‘Son of Monarchs’ Review: Sloan Prize Winner Is a Poignant Story of Transformation 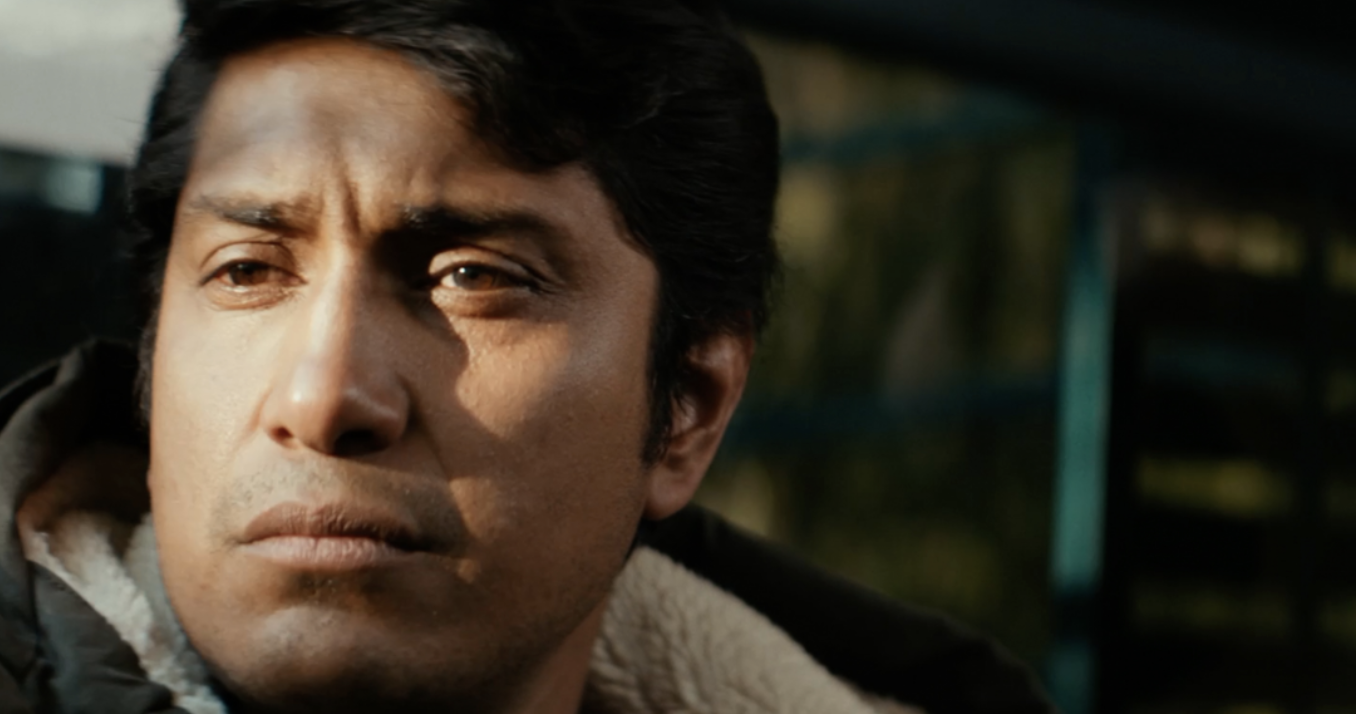 Alexis Gambis’ film, Son of Monarchs, won the Sundance Alfred P. Sloan Feature Film Prize for its beautiful portrayal of science in film. The film is a visually compelling combination of science and art starring Mexican actor, Tenoch Huertas. Gambis holds an MFA in film from NYU and a  PhD in Molecular biology and is an Assistant Professor of Biology, Film & New Media at NYU Abu Dhabi. The film follows the migratory patterns of monarch butterflies as an allegory for an immigrant’s journey. Read more about the riveting story of Son of Monarchs and Alexis Gambis here.