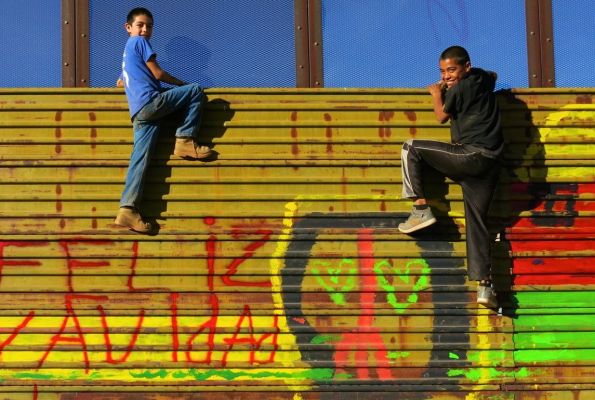 We all know PBS as the channel that gave us Arthur, Nova and endless pledge drives offering presidential coffee mugs in return for donations from “viewers like you” but in a hopelessly corporate television landscape replete with reality TV and sappy, feel-good competition shows, PBS is perhaps the only channel making a sincere effort to keep it real these days (we still love you HBO).

This month, the PBS Online Film Festival — their latest gesture in innovative, interactive, cross-platform programming — bypasses the old rabbit ears antennae and comes straight to your Macbook, Xbox, Roku or Apple TV in a truly 21st century experience. Entering into its third edition the online fest offers you the chance to stream short films — both fiction and documentaries — from PBS’ various programs and then invites viewers, like you, to nominate your favorite flick for the coveted Viewers Choice Award.

Always a champion of diversity, PBS has not overlooked us. Here’s a look at the Latino films in competition. Watch, vote, and maybe next time you’ll think twice before zapping through another PBS pledge drive.

In an Arizona Home Depot parking lot, a married couple — Andrew and Jen — hires undocumented day laborer Carlos and his buddy to repair their deck. As Carlos washes up in the family’s bathroom, 7 year-old Jonah interrupts him. A tragedy of errors puts Carlos’ and Andrew’s lives at risk, leaving everyone caught between their individual consciences and the law.

Like every Sunday morning, a Zapotec grandfather goes to the city of Oaxaca to visit his granddaughter for the day. Their ritual consists of attending mass and window shopping throughout the city. On this particular Sunday, their routine is disrupted when they pass by a stand selling watches.

Hoping to heal the divide between Mexico and the United States an inspired group of artists turn the border wall into a giant canvas.

In suburban Inglewood, California, Andrea — a grieving Chicana mother — confronts an unwanted family member before her Día de Muertos celebration. By night’s end, death offers her a choice that she couldn’t make in life.

Check this on on Remezcla