Eugenio Derbez and Anna Farris to Star in 'Overboard' Remake 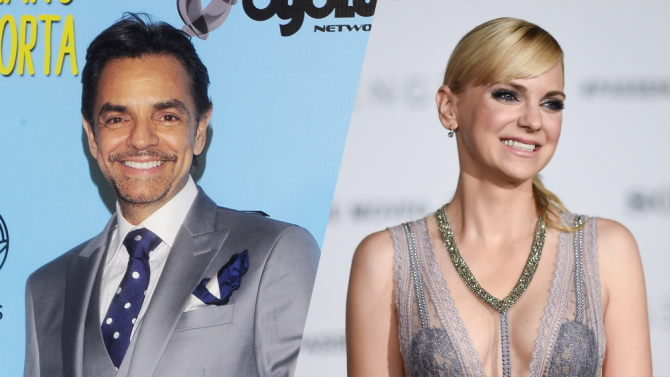 The original starred Goldie Hawn, Kurt Russell, and Edward Herrmann and was directed by Garry Marshall. The story was about a selfish heiress, played by Hawn, who falls overboard off her yacht and ends up with amnesia. She then encounters a carpenter, played by Russell, who falls in love with her.

In the remake, a reversal of roles will focus on “a spoiled playboy from one of Mexico’s wealthiest families, portrayed by Derbez, who falls overboard off his yacht. He’s then convinced by Faris’ single, working-class mom that he’s her husband,” according to Variety.

Derbez has been capitalizing on momentum from his comedy-drama film “Instruction Not Included,” which grossed $100 million worldwide. According to Deadline, the success of that film led Derbez to sign an exclusive first-look deal back in 2014 with Pantelion Films, a Latino Hollywood studio created through the partnership of Lionsgate Entertainment and Grupo Televisa. Also, more recently, he has channeled his exotic and errotic side alongside Selma Hyak and Kristen Bell in the upcoming film “How to be a Latin Lover.”

Faris “currently stars opposite Allison Janney in the CBS sitcom ‘Mom’ — now in its fourth season — and launched the comedy advice podcast ‘Anna Faris Is Unqualified’ in 2015. She will publish her comedic memoir ‘Unqualified’ this fall,” according to Variety.

MGM Motion Picture Group President Jonathan Glickman said that they had to reinvent the story in order to bring it back, but he has high hopes for it because of Derbez and Faris.

“Anna and Eugenio are two of the most charismatic forces in comedy whose take on the material will modernize the story for a whole new generation of moviegoers,” Glickman said.

We’re excited to see Derbez show off his comic chops in this reimagined film. Production starts this May in Vancouver. Lionsgate will handle the domestic theatrical distribution. MGM and Pantelion Films will co-produce, co-finance, and co-distribute the film.