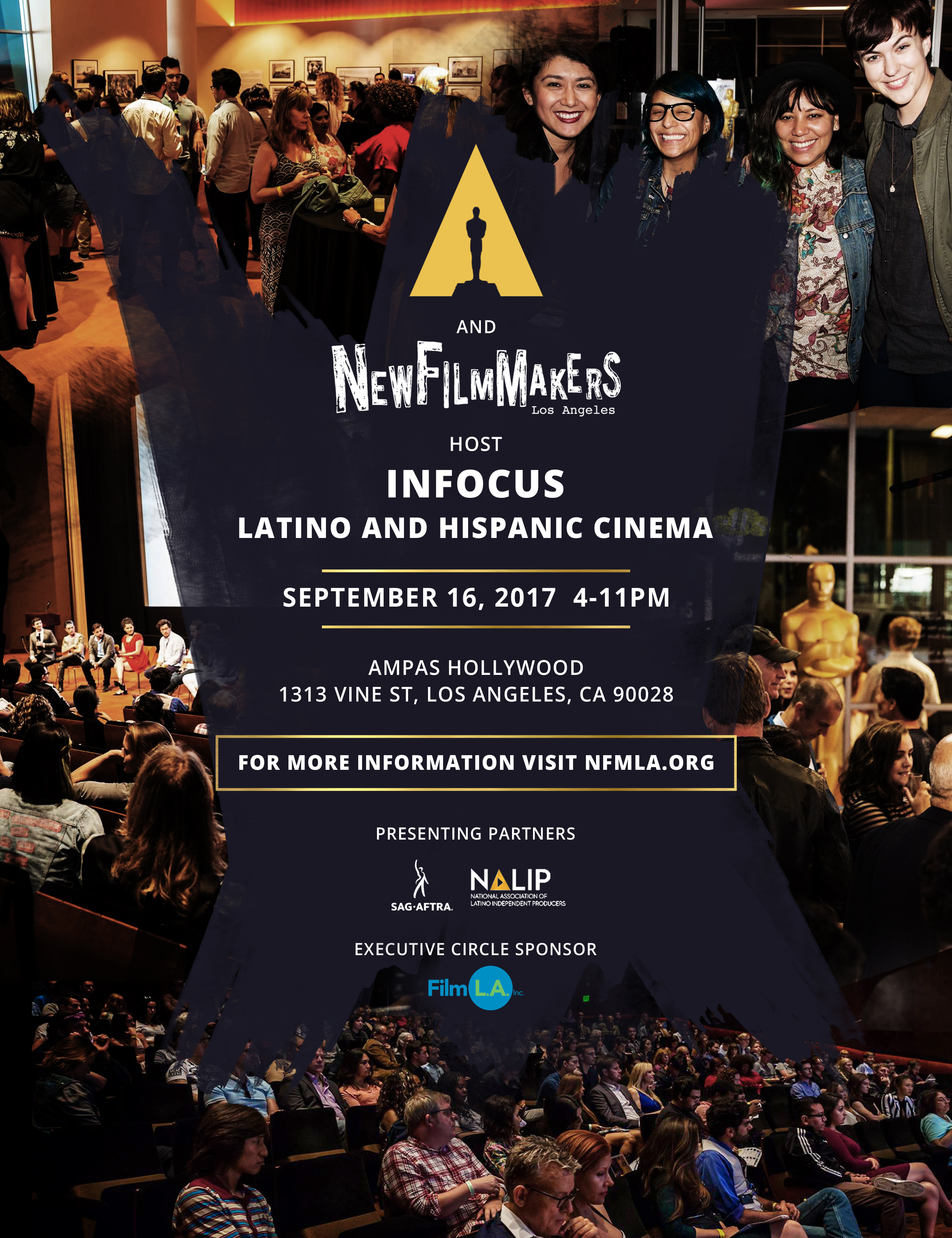 You’re invited to join NewFilmmakers Los Angeles (NFMLA) and The Academy of Motion Picture Arts and Sciences (AMPAS) with presenting partners NALIP and SAG-AFTRA on Saturday, September 16th, 2017 for the annual NFMLA Film Festival InFocus: Latino & Hispanic Cinema event. The entire day of programming takes place at the Hollywood home of the Academy, The Mary Pickford Center’s Linwood Dunn Theater, and is part of the Academy’s participation in Pacific Standard Time: LA/LA.

The festival presents an incredible lineup of local and international films by world-class emerging filmmakers from the United States, Cuba, Spain, Peru, Guatemala, Venezuela and Mexico. Opening the three program event is a shorts program with stories that range from a young woman struggling with her identity on the verge of adulthood, a voiceless man given the chance to be heard, and a winner of the American Visa Lottery having to choose between individual opportunities and abandoning her family.

Read the rest of the press release on the website here.