Does the Success of 'Birdman' Impact Other Mexican Filmmakers?

Another year, another major Mexican director abandoning his home country for the U.S. But not every talented Mexican filmmaker is looking to leave. 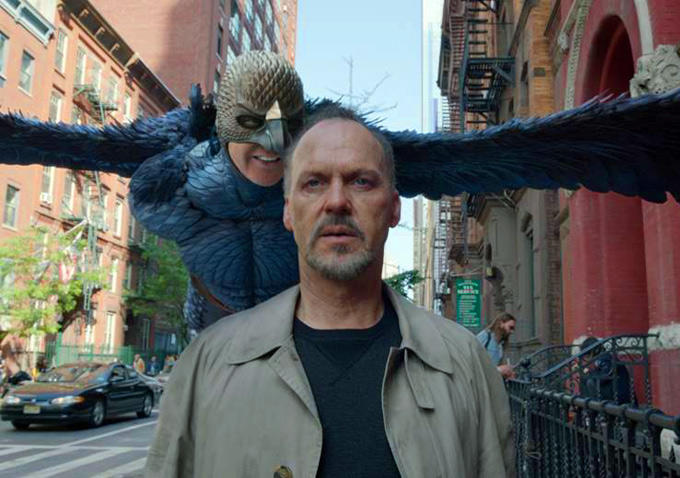 Last year, the Morelia International Film Festival (or FICM, as its Spanish acronym runs) opened with Alfonso Cuaron’s "Gravity." This year, that honor went to "Birdman," by Alejandro G. Iñárritu. Paired with "Pacific Rim" director Guillermo del Toro, these Mexican filmmakers known as "the three amigos" have done a lot to raise the profile of Mexican cinema around the world.

But now they all make films in English. What does this mean for the younger generation that’s making films in Mexico right now?

Connecting the Dots of Mexican Talent 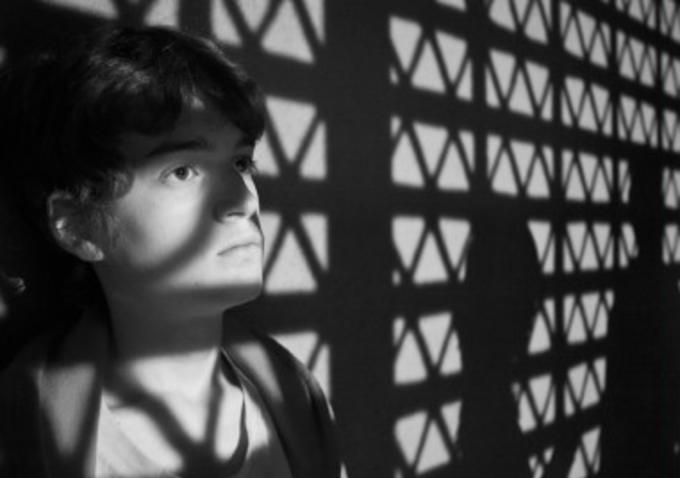 Some answers could be found in this year's Morelia lineup. The competition of Mexican films at FICM consisted of 12 films, most of them first or second features. Only two of the films had premieres at high-profile international festivals before premiering at home: "Güeros," from director Alonso Ruizpalacios, which premiered in the Panorama section of the Berlinale, and "The Absent" from Nicolas Pereda, which premiered in Locarno in the new (and somewhat obscure) Signs of Life sidebar.

Though the films are almost polar opposites in their approach to cinema and narrative, they do both suggest that current cinema from Mexico thrives on strong individual voices.

"Güeros," a black-and-white doodle about two aimless siblings during the 1999 student protests in Mexico City, is clearly indebted to the French New Wave, a connection that’s easy to make since one of the key moments in the lives of the New-Wave generation were the strikes and protests of May 1968. In his first feature, Ruizpalacios shows he has a great eye for offbeat humor and camera angles, while alternating playful and more melancholic sequences in a way that’s strongly reminiscent of French New Wave films. But "Güeros" is also very consciously part of the Mexican film landscape, as the film’s divided into chapters named after the Mexico City neighborhoods where the characters find themselves as the story progresses: The brothers and their friends even end up at the swanky premiere party of a Mexican film that the slacker protagonists make fun of sight unseen. 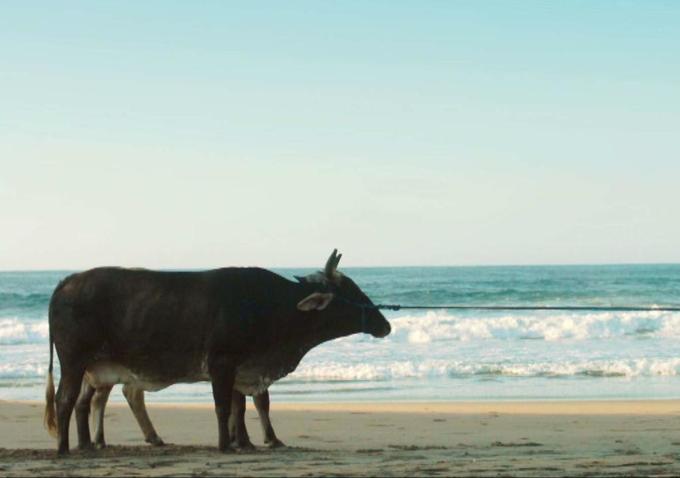 If "Güeros," which means blond or fair-skinned, can be described as ebullient and aimless, "The Absent" from veteran filmmaker Pereda is perhaps one of those arthouse movies that the kids in "Güeros" are making fun of: an extremely slow-moving and contemplative film in which meaningful dialog -- the main motor of Ruizpalacios’ film -- is almost entirely absent. Continuing in the vein of his other festival darlings, including Venice Horizons winner "Summer of Goliath," and with his regular actor Gabino Rodriguez in one of the main roles, "The Absent" again mixes the grammar and tools of documentary and fiction into a striking but opaque, almost enigmatic whole that’s made up of minutes-long sequence shots that invite viewers to scrutinize every corner of the image for meaning. What little story there is seems to involve an old man’s unwilling removal from his home, and the memories that come flooding back to him (Rodriguez’s character could be the old man in his younger days) as he’s forced out of his own house.

"Güeros" won both a shared best actor award for its male ensemble, and the best first or second feature prize in Morelia, as well as the audience award and the critics’ prize, suggesting its breath-of-fresh-air quality was well-appreciated across the board. That doesn’t necessarily mean, however, that Pereda’s film isn’t less commendable, just that it is not an easy crowdpleaser in the way Ruizpalacios’ first film is.

A potent mix of documentary and fictional elements is also a key aspect of Carlos Armella’s "En la estancia," which looks at a non-fiction filmmaker who documents the lives of a father and son who are the last two inhabitants of a godforsaken village in the mountains. It would be a spoiler to reveal how the two types of cinema create a revealing back-and-forth, though suffice to say that Armella tries to do something that’s both radically cinematic as well as telling about certain socio-political and demographic changes that are happening in the oft-forgotten countryside.

The always welcome Gabino Rodriguez can not only be seen in Pereda’s film but is also a supporting player in another enigmatic and entrancing film: "I Am Happiness on Earth," the fourth feature of Julian Hernandez ("Raging Sun, Raging Sky," "Broken Sky"). The gay filmmaker’s penchant for intricately choreographed camerawork and balletic choreography instead of dialogue to tell a story here finds its most literal expression, as the protagonists are actually a ballet dancer and a filmmaker specialized in dance films (and with a sideline in more erotic films). While from a technical standpoint, the film’s terrifically crafted, the screenplay is rather weak and confused. 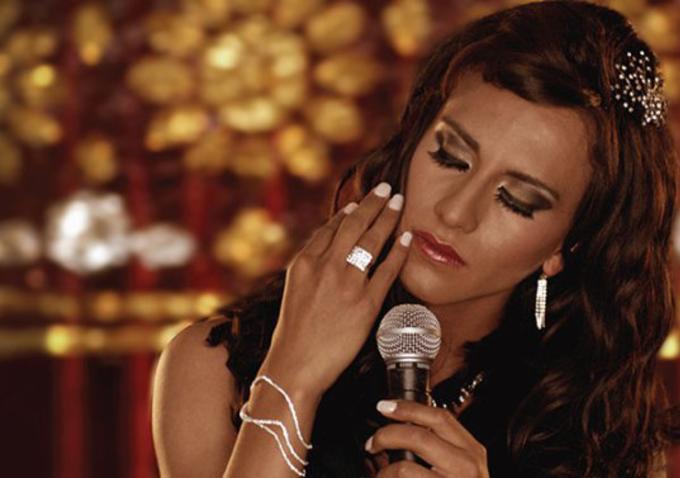 However, the presence of "Happiness" (which opened in very limited release in the U.S. back in August) in Morelia does suggest a willingness on behalf of the festival to be inclusive of many different voices and different kinds of artistic expression (also evidenced by the inclusion in competition of the mainstream, crowd-pleasing comedy "Eddie Reynolds y los Angeles de Acero," from Gustavo Moheno, about a group of old rockers who get together again after U2 becomes interested in buying the rights to one of their hits).

Hernandez's film is one of two titles with queer protagonists, the other being the eventual winner of the festival’s best film honors: "Carmin Tropical," from director Rigoberto Perezcano, who also made the 2009 festival darling "Northless" ("Norteado").

His film is a mystery of sorts about a "muxe," a physical male who dresses like a woman, who returns to her village of birth in the state of Oaxaca when one of her muxe friends has gone missing and later turns up dead. The film zooms in on the search of the protagonist, who’s a lonely nightclub singer, for the truth about her friend and is refreshingly devoid of a lot of the stereotypes one would associate with a story of this kind, essentially presenting the story as a kind of personal investigation that runs parallel to the one conducted by the police. Expect this to turn up at a major festival soon (perhaps in Berlin, which has the queer Teddy awards?).

Though Gael Garcia Bernal is one of the associate producers of "Güeros" and "Miss Bala" director Gerardo Narajo was one of the producers of "Plan sexenal," the first film of Santiago Cendejas that rather surprisingly went home empty-handed, the film in competition with the biggest internationally recognizable name was without a doubt "Sand Dollars," from the directorial duo of Israel Cardenas, a Mexican, and the Dominican-born Laura Amelia Guzman. Their film stars Geraldine Chaplin as an aging European woman who’s been in a relationship of sorts for three years with a young and poor Dominican woman for whom affection is less of a incentive than money.

Though it is a story and a dynamic we’ve seen before, in films such as Laurent Cantet’s "Heading South" and more recently in Ulrich Seidl’s "Paradise: Love," the narrative here feels more even-handed and finely etched than those earlier efforts, perhaps because Guzman as a Dominican manages to bring an insider perspective to the proceedings (something she also did in the couple’s previous film, "Jean Gentil").

Money and, more often, the tension and unhealthy power relationships that develop between members of the poor and working classes on the one hand and the well-off bourgeoisie on the other is a recurring theme that informs not only "Sand Dollars," but also many of the remaining films in competition. These include "The Beginning of Time," in which a couple of grandparents is forced to sell food on the street when their pension is cut off — until it seems they might be rescued by their well-off if estranged adult son.