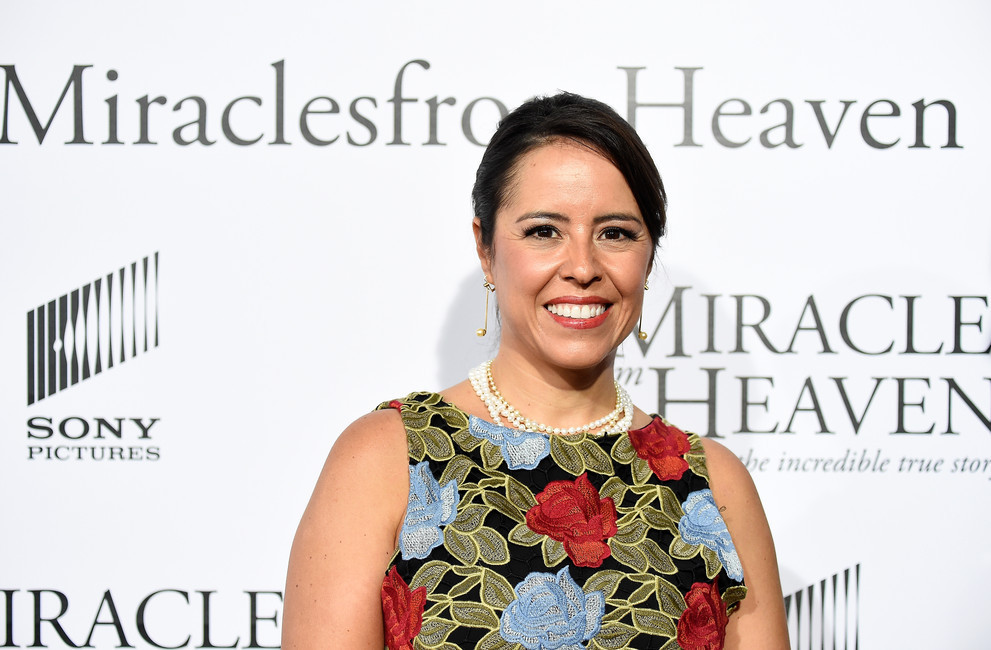 Patricia Riggen is a rare beast in Hollywood - she is a female director. And over the course of the career she continues to bring her own style to film. After the success of her last film, "The 33," (the true story of miners trapped in a mine in Chile and were all rescued after being trapped for 69 days) she is really getting some notice. Her latest film, "Miracles from Heaven," is also taken from a true story. In this exclusive interview, Riggen talks about her craft and staying true to her own vision is the only way she will direct a film. She also has such glowing remarks about actress Jennifer Garner, and if you are not a fan of Jennifer Garner right now, you will be after you read this interview.

Riggen believes it is her movie "Under the Same Moon," that got the attention of the producers of "Miracles from Heaven," "I get a lot of work from that movie. And then they also had the opportunity to see 'The 33.' I was invited to have a meeting and I guess I said all the right things. I was really impressed by the true story aspects of the story."

But Patricia had a slightly different vision than that of the producers. She wanted to bring a more universal sense to the movie. She wanted it to be a little less religious and a little more inclusive. She wanted the film to bring universal values that people of any faith or even no faith could grasp. Something for everyone. And she was given the green light to make those changes to the story when she was hired.

Patricia describes the key elements to being a good director, "Directors only have instinct to work out of, because there is no formula. Formula's don't work. Actually, if you follow a formula, you will probably end up with a bad movie. The only thing I have is instinct and intuition and just staying very, very connected to the moments and try to bring in what your gut is telling you."

And as far as miracles are concerned, Patricia states, "I am a believer, so my first instinct is to believe. And my second instinct is to go immediately and look for the proof. Which is what I did. I thought 'I love this story.' At my first meeting with Annabelle, we were sitting in a restaurant and she ordered a huge cheeseburger with fries and then she ordered a big chocolate sundae and she ate it all. I thought to myself, 'She was sick and couldn't eat and now she is eating.'

"And then we went to the house and I saw the tree and it was completely hallow. So then I could start connecting all the dots."

"When I met Dr. Nurko, I questioned him. He's a scientist. He can't say it's a miracle. And he said, 'I can't say it's a miracle.' So, I put that in the movie to give voice to all of the non-believers. Which is fine, everyone is included. But I also noted the huge heart of the man who really knew all the details of the girl and that the family was really close to him. And I thought that this was very special."

Riggen is happy to bring a film to theaters that families can enjoy together, "I brought my eight year old to the premiere of the movie and she was ecstatic about it. She was so excited that she was seeing a PG movie. And she did great. There are a few dramatic moments, but there are also some great moments of learning for a kid, for them to understand what other kids might be going through."

But for Riggen, she wants the audience to have a lasting impression after seeing her films, "I like making movies that people feel inspired by, a film that they will think about a few days after seeing it, and not entertainment that is completely forgettable the moment you walk out of the theater."

When it came time to talk about the beautiful and talented Jennifer Garner, Riggen was more than happy to discuss the qualities that make Jennifer Garner a very popular person in Hollywood and an extremely qualified actress.

Riggen noted, "I wanted the actor that was going to be Christy Beam to not just be a super talented actress, but a woman with a soul and a heart. So, I found out about Jen and I heard that she was a kind person. And when I met her, I knew she was a kind person. And that was something that was very important for the character. I also knew she was a mom, which was a huge element also. She is a mom of three and she was playing a mom of three. The kindness in her heart has really made her character. She has the responsibility to out there in front of the camera. She's the one that has to create this family and she was so generous to the little girl (Kylie Rogers) who plays Annabelle. She just has this personality that she is so open and so generous. She is so unlike what one would think a big star like her would be like."

Riggen continued to express her genuine impression of Garner, "There is something else that she brought. This character could have ended up being a one note character. The character of a mother suffering, suffering, suffering and suffering. It was Jennifer that was able to really come up with a different approach for every scene, for every moment. She gives such a wide ranch of colors to her performance. And it is really stunning to watch. That is why she is so engaging and so interesting to watch."

When it came time for the real Christy Beam to see "Miracles from Heaven," both Riggen and Garner were anxious. But they had no worries, for Beam loved the film. According to Riggen, "The family just couldn't have been happier."

So, when you are deciding on what movie to see this weekend, Riggen is hoping you will give "Miracles from Heaven," a try. After all, isn't a film that we can take with us after we leave the theater a special thing? With the plethora of films that don't connect with audiences emotions, this is truly a miracle!

"Miracle from Heaven," is rated PG for thematic material, including accident and medical images and has a runtime of 109 minutes.

Check this out on examiner.com