by Maria Angelica Molina via REMEZCLA

Only a native can provide a rich portrait of the habits, local fare, and eclectic characters that can make Southern California, despite its expanse, feel like a quaint little town. Filmmaker Alberto Barboza is just that kind of guide and his debut film, Cry Now, provides an insider’s tour of the highways and dives where Chicanos retread old country in post-punk attire. Barboza hails from South Gate, a mostly working class Latino neighborhood nestled between Watts & Downey. Cry Now, a film recently featured by New Filmmakers Los Angeles, centers on Vincent and Luzy, two star-crossed lovers whose attraction for one another is bridled by their respective significant others.

Vincent’s search for Luzy, a chola Madonna practically lifted off the pages of Love and Rockets, is the vehicle by which we experience LA’s unique music scene; Very Be Careful, Doghouse Lords and a lusciously understated Irene Diaz treat the audience to live performances. We caught up with Barboza to discuss East L.A. as muse; filming inside the legendary Self-Help Graphics, where the Chicano punk scene was born; and what it was like to work with such distinguished talents as Lupe Ontiveros, an award-winning actress and great supporter of independent cinema, who unfortunately passed away before the film’s completion.

Where in Southern California did you grow up? What was it like?

I grew up in South Gate, which was mostly first generation, Mexican-American families working to own their homes. The 80s were sunny: the Dodgers were champs and the Olympics were cool. The 90s were darker and moodier: Seattle grunge, British rock, gangster rap, and banda were popular at the Record Store. The 2000s were rough and tough as the city of South Gate was riddled with corruption. My family still owns their home in South Gate. We shot the scenes with Lupe Ontiveros in that house.

What is the one movie you remember watching that made you decide you wanted to be a filmmaker? What was it about it?

Los Olvidados, by Luis Buñuel. It’s about poverty as experienced by children. It was inscribed on UNESCO’s “Memory of the World” Register in 2003 in recognition of its historical significance. It’s a masterful film both in content and aesthetics. The nickname ofCry Now’s protagonist is Ojitos, which is a reference to a central character in Los Olvidados.

What was the genesis for Cry Now? Is it autobiographical?

Originally the film was titled On The Run. It was a film our company, Cinético Producitons, thought we could make quickly and for a low cost. I wrote it with that in mind, but then you put together a reasonable budget and realize you have to raise money. It’s not autobiographical, but it’s set in a world I know very well. Most of the collaborators on the film were written into the first draft. All of them agreed to go on this ride with us.

There are some incredibly fierce female characters in your film. Who did you base them on?

My friends. In the film the two female leads run their own business. So do my friends. I consulted with fellow filmmakers and friends on the female characters and made adjustments given their feedback or advice.

What are some lessons you gathered from working with such talented veteran actors like Sal Lopez and Lupe Ontiveros?

Lupe was a godsend. She was irreverent to the politics of the industry and proudly portrayed her characters. Lupe will be with me for the rest of my life. She believed in us. It’s my second time working with Sal and I look forward to the next ten. He’s hands down, one the best actors on film and stage. Working with actors like them elevated the entire production. 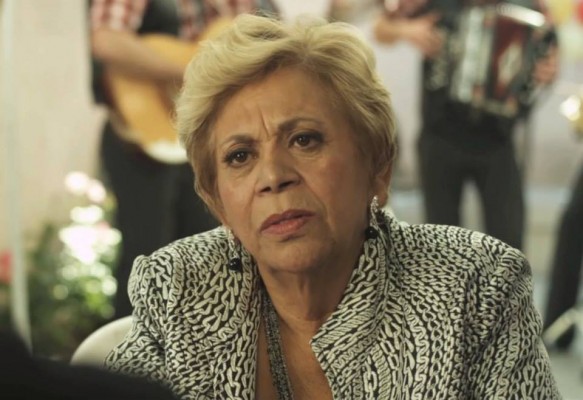 How did you choose the music for the film? Did you know the artists? What about some of the tracks themselves?

Very Be Careful, Hermanos Herrera, The Delirians, T’aarach and the Phony Bastards, Irene Diaz, Doghouse Lords, Quetzal Guerrero, CC Valentine, Profesor Galactico, Clemente Ruiz, are all inspiring artists on our soundtrack. I am fortunate to know them as friends. It started with “Ojitos” by Very Be Careful. I wanted our protagonists to meet under the spell of such a proclamation of love as “Ojitos”. The next big find was “Voodoo Lucy” by the Doghouse Lords. It helped close the first act of the film. Both bands perform live in the film.

What are some great, lesser-known East L.A./BoHo locations that we should look out for in the film? Do any of them have special meaning for you?

Self Help Graphics is one of our greater known locations on the Eastside, and we had an opportunity to film at their old venue. We open our film there. The folks at M Bar, Corazon Del Pueblo, Eastside Luv, Casa 0101, Liliflor Art Studio, and shops on 1st Street, are really cool and were very supportive.

What do you think Latino/Chicano films and stories have to offer American and international audiences?

Our dignified point of view from the working class. Our imagination and our aesthetics. Our ideas of a future society.