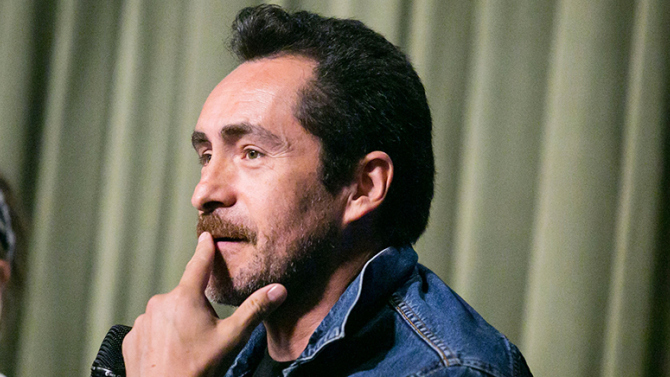 Oscar nominee Demian Bichir is in negotiations to star in the untitled Low Riders pic for Universal, Blumhouse Productions and Imagine Entertainment.

Josh Bierne-Gordon and Justin Tipping wrote the current draft of the screenplay. Earlier drafts were written by Cheo Hodari Coker and Elgin James.

The project is an inspirational youth culture movie set in the East Los Angeles world of lowrider cars and street tagging. Pic revolves around a teen caught between his traditional father, to be played by Bichir, and the teen’s estranged gangbanger brother, who are both competing in the annual lowrider “Supershow.”

The film is a passion project of Grazer who has been pushing to get it off the ground for some time. Blum is just coming on as a producer and the film is a change of pace for the producer whose past successes are typically micro-budget thriller and horror pics.

Blum and Universal are coming off a good weekend where “Ouija,” Blum’s co-production with Platinum Dunes, scored the number one spot at the box office. Given the studio’s strong ties to Imagine, the studio is happy to pair up two of its bigger producers.

The role is a return to form for Bichir, who played a similar part in the Summit pic “A Better Life,” which earned him an Oscar nomination. He was most recently seen in the second season of FX’s “The Bridge.”

Check this out Variety.