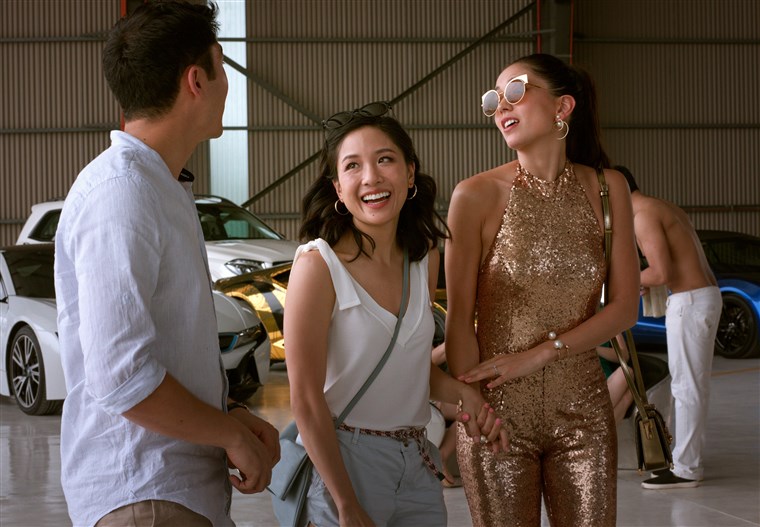 'Crazy Rich Asians' has gained momentum grossing $5 million on its first day and $3.8 million on the second day. The film went on to $35.2 million in sales all according to Warner Bros. Pictures. The film has received a well praised for an all Asian cast and positive reviews. It is important to note that 38% of its audience was Asian which has been a boost. Hollywood has seen a pattern in particular with Black Panther an all predominantly black cast has gained popularity and massive box office sales. However, it seems that we can’t seem to notice that there is still an even larger group that has yet to release a film and that is the Latino community. However, we don’t have our Crazy RIch Asian or our Black Panther film out. The last film that one could remember that had an all Latinx cast was 1997 biographical musical drama film ‘Selena” starring Jennifer Lopez.

Latinos make up 18% of the U.S. population, and we can be the largest moviegoer group. Latinos tend to be the best audience to go to the movies because we go in groups we take our tia and tios, our cousins, and la comadre, and even our grandparents who might end up falling asleep at the beginning of the trailer. ‘Coco’ proved that language is not a barrier but a bridge that unites us a family. ‘Coco’ grossed an estimated $72 million in sales over their first weekend it is proof that Latinos are still underrepresented for a live action all Latinx cast drama film.

Many would say that it is not our time yet or that we don’t have enough Latinx screenwriters, but the proof is in the pudding. Latin Directors and screenwriters have blossomed, we have taken our role as breakthrough accomplishments in the film industry. It is vital to have resources that enable us to communicate with our community and stay together as a family to enhance our abilities as upcoming producers, directors, and screenwriters. NALIP can offer those resources to act as the driving tool to amplify our full potential to deliver the next Crazy Rich Asians or the next Black Panther. We deserve it, and we are capable of achieving more than can ever be done before. NALIP is the foundation and that bridge that connects us to those platforms and resources.