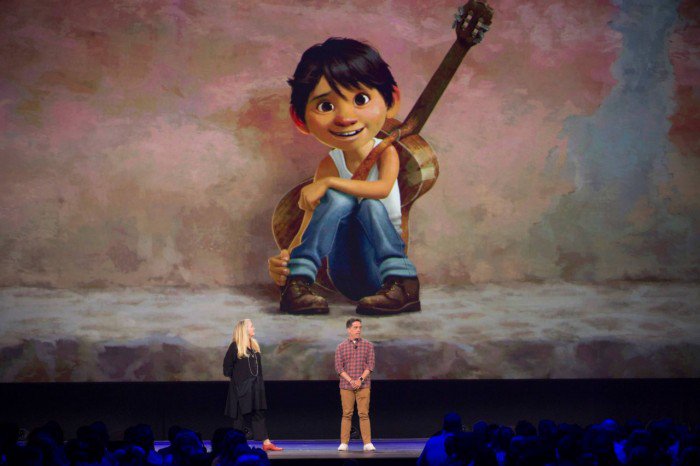 Say what you will about Disney, but at least they spent the 90s at the vanguard of multicultural (albeit patronizing) pop culture. As early as 1992, Middle-Easterners got Aladdin, while African-Americans eventually got The Princess and the Frog, our Native brothers got the white savior fantasy Pocahontas, and of course Latinos got the pre-Columbian buddy comedy, The Emperor’s New Groove.

Then there’s Pixar, who seemingly came out of nowhere to beat Disney at their own game with deeply heartfelt films executed with master craftsmanship. Yet oddly they’ve been more than a little lacking in the diversity department, complementing predominantly white faces with robots, fish, and monsters that don’t exactly qualify as multi-cultural characters. That is, until Toy Story 3director Lee Unkrich decided to follow a nascent fascination with Día de Muertos’ visual culture all the way down to Mexico, where he was inspired topursue a project rooted in the ancient pre-Columbian tradition under the Pixar banner.

Unsurprisingly, since he first announced his participation in Coco, Alcaraz has caught the requisite social media flack. Some even insinuated hypocrisy when they pointed out that he had previously protested Disney’s attempt to copyright Día de Muertos, to which Alcaraz promptly replied that one thing has nothing to do with the other. So before anyone gets up in arms about Alcaraz’s participation in the project, hear the man out: “I’m a Chicano artist trying to make sure our image is good in Hollywood. What do you do?”