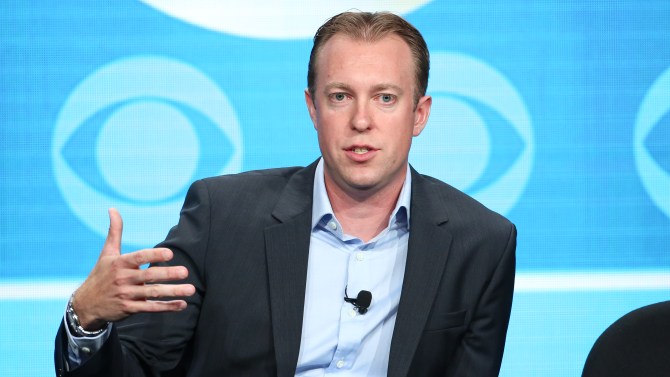 CBS is considering creating a commercial-free option for its subscription streaming service CBS All Access.

“We’re toying with the idea of a commercial free option and how we might roll that out to consumers,” Marc DeBevoise, president of CBS Interactive said Wednesday at the Television Critics Association summer press tour.

DeBevoise spoke about CBS’ plans for its streaming service, which was introduced in 2014 and charges $6 a month for access to current CBS series, live streaming of local CBS stations and access to CBS library content. Current series viewing includes advertisements. CBS executives have spoken previously in public about the possibility of an ad-free version of All Access.

The first All Access original series, a new version of longtime CBS reality series “Big Brother,” will premiere on the service this fall, with more originals — including “Star Trek: Discovery” and a spinoff of “The Good Wife” — following next year.

Those original series will feature advertisements, DeBevoise said, but “the commercial load is a limited commercial load.” It will be roughly 25% lighter than the ad load for broadcast, or around 12 minutes per hour.

CBS’ plan is to premiere four new original series on All Access in the next year, then ramp up the programming slate in subsequent years. That, however, puts the service far behind the output of streaming king Netflix, which — as FX CEO John Landgraf reported Monday — has ordered 71 original scripted series.

“We’re going to ramp from there incrementally, but not in the multiples you see on Netflix,” DeBevoise said.

DeBevoise noted that CBS expects 15 million people to tune in when “Star Trek: Discovery” premieres on the company’s core broadcast network in January. (Subsequent episodes will be available exclusively on All Access.) He then introduced “Star Trek: Discovery” showrunner Bryan Fuller, who revealed a smattering of story details about the upcoming series. But DeBevoise also spoke briefly about the spinoff of “The Good Wife,” which CBS confirmed in May that it was developing, and it’s upcoming version of “Big Brother”

“If you think of ‘Star Trek’ … as more male and maybe older, the same thing may be true with ‘Good Wife’ in a different demo, the same thing may be true of ‘Big Brother’ in a different demo,” DeBevoise said. “I think you can see us testing the waters in each of these areas and potentially doubling down on all of them or some of them as we grow the service.”