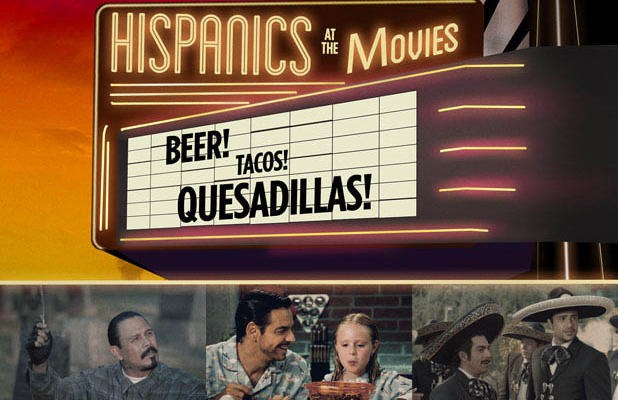 In the final installment of TheWrap's Hispanic moviegoers series, a look at how chains like AMC are enticing Latino moviegoers with concessions and programming

At AMC's 15 dine-in theaters, the chain offers a menu that features two dishes with chipotle peppers, three types of tacos, five kinds of quesadillas, a fiesta trio, a fajita chicken wrap and more than 20 specialty cocktails.

Concessions are where theater chains make their money, and that menu has obvious appeal for the fastest growing moviegoing segment in the U.S. — Hispanics.

“Our dine-in theaters, while not specifically targeting a certain demo, have a seasonal menu that would line up closer to a Hispanic moviegoing population in terms of food,” AMC spokesman Ryan Noonan told The Wrap.

The chain's Dine In theaters also serve five types of margaritas, beer, wine and martinis. It's part of a growing industry push to upgrade concessions and serve meals and liquor alongside Twizzlers and popcorn.

“We are lobbying almost every jurisdiction in the United States to make it legal to serve alcohol in cinemas,” John Fithian, CEO of the National Assn. of Theater Owners, said at the Produced By Conference in June. “We want alcohol in the cinema.”

One reason why is that concessions, including alcohol, overindex among Hispanics.

“We want not just greater concessions items, but higher-end food service,” said Fithian, noting: “Alcohol margins are huge for us.”

The move is good business for AMC, which movie executives agree has been the most aggressive and effective theater chain in its courtship of the Hispanic audience. Some of that is due to the heritage of its CEO, Gerry Lopez, a proud Cuban.

But alcohol and tacos are only part of the movie-theater outreach to Hispanic audiences, which studies show view moviegoing as more of a family activity than other audiences. Theaters are also programming Latin-themed movies and forging ties with local businesses to better attract ticket buyers.

Analysts say they could do a lot more.

“Hispanic families tend to be more community and public-oriented,” Kate Perkins, an analyst or brand consultancy TruthCo, told TheWrap. “There is a lot of collective and community activity in the Hispanic community compared to the general market, which tends to be more individualized and privatized.”

Perkins recently conducted research in neighborhoods such as Miami, Orlando and Fort Collins, Texas. She found that Hispanics families tend to go to open-air malls to socialize. Shopping and movies are part of the experience, but socialization is the primary motivation.

Incorporating other businesses and local vendors could give theaters more of a community feel, and go a long way toward enticing potential moviegoers. Perkins’ colleague Linda Ong cited the Barclay's Center, the multi-purpose Arena in Brooklyn, which sports a barbershop and local food vendors, as an example.

“One thing we know about movie theater food is you could be anywhere,” Ong said. “Escort me to any counter, I know what the options will be. Localizing food choices fosters a sense of public and community that is important.” 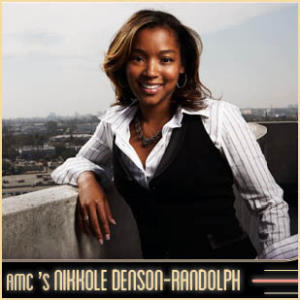 AMC has used low-budget films to build a relationship with the Hispanic communities that live near its theaters through a program called AMC Independent. AMC VP of Specialty and Alternative Content Nikkole Denson-Randolph said the company searches for movies that would not typically receive theatrical distribution, or would get a limited run in an art-house theater or two.

One recent example is “Water & Power,” an adaptation of a play about two brothers from a rough part of Los Angeles who are rising in California's political hierarchy. Edward James Olmos lent his name to the project, which AMC screened in May.

The movie grossed just $82,312, but Denson-Randolph is more concerned about the message it sends. While Hispanics are more likely to see blockbusters than your average moviegoer, AMCi offers films that audiences might not see otherwise.

“We're looking to bring content to [Hispanics] that is of interest; it helps build loyalty,” she said. “We've seen it work.

“You train the audience to know this is your theater, you can find content you wouldn't find at other locations.” Some movies, she said, have done very respectable numbers, comedies in particular.

AMCi's slate has included Spanish-language films, and Denson-Randolph would like to see even more of them. Yet there is only one well-financed domestic supplier, Pantelion, a joint venture formed by Lionsgate and Pantelion. 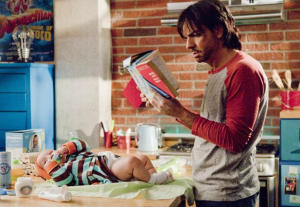 Eugenio Derbez, one of the most popular Mexican television actors, directed and starred in the film, in which he plays an Acapulco playboy saddled with a baby from a former fling.

Pantelion targeted its campaign at the adult Hispanic audience, leaning heavily on the popularity of Univision. Derbez received a lifetime achievement award on “Premios Juvented,” an annual awards show, and appeared several times on various shows leading u to the movie's release.

The movie played well with everyone — not just Hispanics.

“Majors are making general market movies and trying to overindex and bring in more Latinos,” Pantelion CEO Paul Presburger told TheWrap. “We're going after the Latino market, and if we can get general market people, all the better.”

Whether the success of “Instructions Not Included” portends greater returns for other Spanish-language films remains a subject of great debate. Several moviegoers surveyed by TheWrap at a Los Angeles theater this week said they would like to see more theaters show Spanish-language movies, while also expressing great affection for summer blockbuster movies.

“That movie is more the anomaly than the rule,” Fabian Castro, SVP of multicultural marketing at Universal, said of “Instructions Not Included.” Castro is one of many executives who argue the emphasis should be on including more Hispanic voices in studio projects — more writers, directors, producers and cinematographers crafting stories for the small but growing pool of Hispanic talent.

Hollywood has ramped up marketing initiatives toward Hispanic audiences but Latinos remain sorely under-represented on the big screen and behind the scenes.

Presburger acknowledged the movie is an outlier, but believes there are other stars at Univision and in the Hispanic community that could deliver similar numbers. His principal concern is raising the average grosses across his slate to $10 million or $20 million.

“Pulling Strings,” a movie that Pantelion released after “Instructions Not Included,” grossed $6 million in the U.S. Thanks to its $8 million haul in Mexico, the movie grossed $14 million in total – good enough for a project that cost $3 million.

His biggest hurdle may be cost. While movies are still one of the cheapest forms of family entertainment, the cost has increased with the advent of large-format screens and the proliferation of 3D.

Ticket prices hit an all-time high in 2013, according to NATO, averaging out at $8.13. NATO has since met with exhibitors to propose discounts during the week. Presburger said discounts are especially important to Hispanic households in which Spanish is the dominant language.

“Pricing is a real issue for Latino families,” Presburger said. “Nobody has come to us and said ‘let's try something new on pricing, but it's an issue we could like to explore. We'll have more people seeing movies, which translates to more revenue.”

And when has Hollywood every turned down more money?

Check this out on the TheWrap.

Read more of TheWrap's ‘Hispanics at the Movies’ Series

Hispanic Women Are This Summer's Most Avid Moviegoers (Exclusive Study)

How the Hollywood Marketing Machine Tailors Campaigns for Hispanics