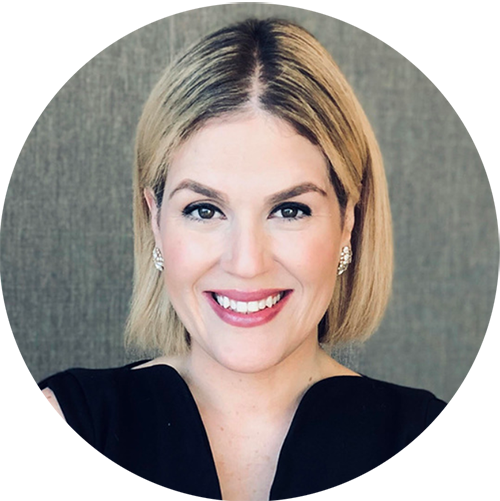 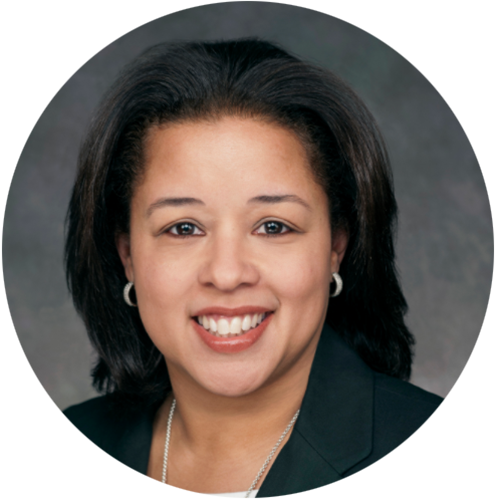 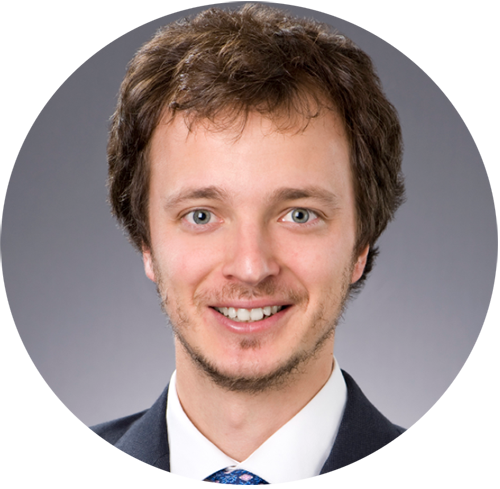 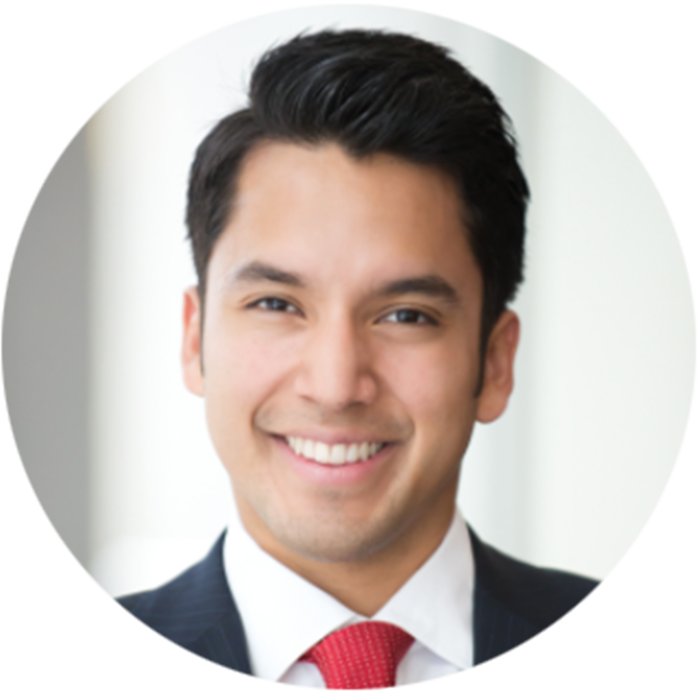 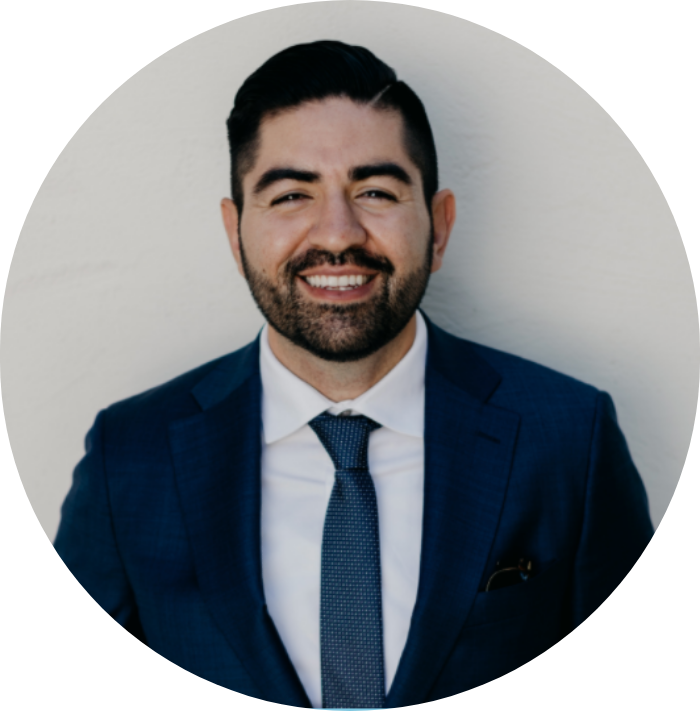 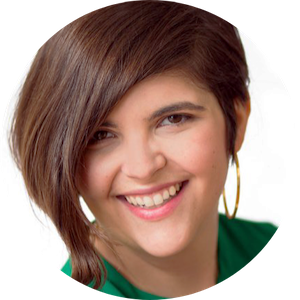 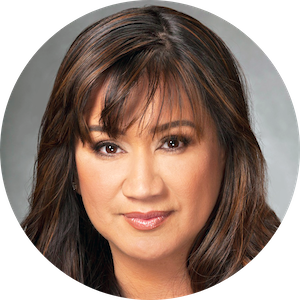 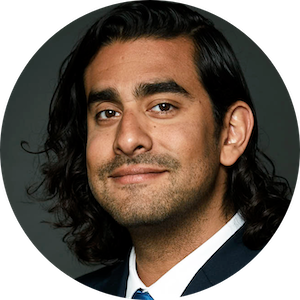 Pita Loor has more than two decades of experience in organizational development and brand partnerships, strategic philanthropy and social impact. Additionally, Pita Loor, who hails from Ecuador, has served on the board of the National Association of Latino Independent Producers (NALIP) for the past two years, assuming the role of Chair of the Board in 2021.

Prior to joining Endemol Shine North America, Pita Loor led the TV Academy’s philanthropic partnerships division, including the last three years, where she served as Chief Development Officer, overseeing all strategic partnerships and development for the Television Academy Foundation, the charitable and pro-social arm of the TV Academy.

During her tenure at the TV Academy, Pita Loor brokered numerous multi-million-dollar partnerships with corporations such as Dolby Laboratories, Netflix, Walt Disney, WarnerMedia, Saban Capital and Apple TV+. She also led on key diversity and inclusion efforts, including developing and launching the Academy’s Power of TV series, which brings together diverse storytellers to discuss authentic representation of historically excluded communities and spearheading new career pathway initiatives to broaden access to the television industry among historically excluded communities.

Additionally, Pita Loor spearheaded key collaborations with the TV Academy and other non-profits including GLAAD, Easterseals, the Alliance for Children’s Rights and the Entertainment Industry Foundation. And she served as the Campaign Director for the New Destination Campaign, which transformed the TV Academy’s campus and established an endowment for its charitable work.

Prior to joining the Academy Foundation, Pita Loor focused on institutional advancement, organizational development, and strategic communications within the educational and entertainment space. Pita Loor’s diversity and inclusion work within the entertainment industry began at the Emma L. Bowen Foundation for Minority Interests in Media, where she managed a national workforce development program.

An active industry leader on diversity and inclusion issues, Pita Loor is a founding member and serves on the advisory board of the Entertainment Industry Foundation’s (EIF) Career Program, which is creating a more diverse talent pipeline into film and television production careers.

Barbara Matos is a Diversity and Inclusion leader with 20 plus years of experience. She is committed to ensuring that diversity, inclusion and employee engagement always remain a top priority and are closely linked to the overall business strategy. She is dedicated to fostering a corporate culture that embraces each individual’s unique background to create a positive and inclusive work environment. She is a motivational leader with a proven record of building cohesion between all levels of staff, management and business units.

Matos joined CBS in May 1995 in the CBS International, Business Affairs Department. Before joining CBS, Matos was a paralegal at Mahler & Harris, P.C. and a registered Interpreter with the U.S. Department of Justice (1987-1995).

Matos is a graduate of St. John’s University. She serves as Vice Chair of the Board of Directors of the National Association of Latino Independent Producers (NALIP) as well as on the Advisory Committee of their Diverse Women in Media Initiative. She is a member of the Board of Directors of Teatro Circulo. She is a Senior Founding Advisor of TIGHT5, an Advisory Board member of Arts for a Better Tomorrow, an Advisory Board member of MediaMKRS and serves on the Lenox Hill Hospital Women's Health Council. Matos was among Diversity Global Magazine’s 2019 Top 15 Champions of Diversity and among the Imagen Foundation’s Powerful and Influential Latinos in Film and Television in 2019, 2018, 2017 and 2016.

Marcos Vergara del Carril is a Director of the Business & Legal Affairs Department of Netflix's International Originals. Mr. Vergara is an attorney that focuses on transactional entertainment matters, advising on various aspects of the development, production, acquisition and distribution of motion pictures and television programming.

Prior to joining Netflix, Mr. Vergara worked as an associate in the Entertainment, Technology and Advertising Practice Group at Sheppard Mullin, in their Century City offices, and in Spain as an associate in the Capital Markets & Finance Practice Group of Clifford Chance, where he advised international companies and financial institutions in major debt restructuring transactions, securitization facilities and security packages.

It’s the important things—our families, our values, the impact we have on others—that connect us. And although making sense of it all can be hard, asking the right questions can make things clearer. So when I talk to you about wealth management, I want to learn about those life questions that are on your mind. “Should I start my own business? Is it better to leave my kids everything? Or nothing? How do I set up a charitable fund? Will my family be ok when I’m gone?” Together, I know we can find the answers.

Whatever your concerns, I can help you create a comprehensive financial plan to address your important priorities. Over the last 10 years, I have put my experience to work for each of my clients, helping them find the best way forward to pursue the goals that truly matter.

Capabilities to impact your life and wealth

– Longevity planning, including retirement income and insurance planning
– Life transition planning for marriage, divorce or loss of a loved one

My professional achievements and education

– I maintain an overall active lifestyle by hiking, snowboarding, playing squash, or practicing Krav Maga
– You can also find me spending my free time giving back to the community at the Union Rescue Mission

Jairo Alvarado is a Literary Manager/Producer, who recently left Circle of Confusion to form a new management company, Redefine Entertainment. Over the years he has grown a client list to include but not limited to; Lulu Wang, writer and director of the critically acclaimed film THE FAREWELL; Angel Soto, Director of the HBO Max Film CHARM CITY KINGS & upcoming DC film BLUE BEETLE; Sneha Koorse, a Co-EP of HBO’s PERRY MASON, who is currently developing a feature with Issa Rae’s Color Creative productions; Josef Wladyka, the director of the upcoming HBO MAX series TOKYO VICE; Jenniffer Gomez the Supervising Producer of Amazons SILK with Lord & Miller producing and Madhuri Shekar, who is currently writing the 3rd installment of the SISTER ACT franchise.

Jairo has also produced, in partnership with Skybound Entertainment, the cutting-edge VR project DINNER PARTY. Prior to Circle of Confusion, Jairo cut his teeth in talent management at 3 Arts Entertainment, which he joined in 2011 after starting his career as a creative executive at Warner Bros. Jairo currently sits on the board of directors for National Association of Independent Latino Producers (NALIP) and is a graduate of University of California, Los Angeles.

Julie Ann Crommett has been working in the Diversity, Equity and Inclusion (DEI) space for over a decade leading disruptive, systemic change across media and tech. She was most recently Vice President of Multicultural Audience Engagement at The Walt Disney Studios spearheading efforts to diversify talent in front of and behind the camera, connect creative projects more closely to the communities they touch, and build a more inclusive culture within the Studios. Her team contributed to many projects including SOUL, COCO, BLACK PANTHER, RAYA AND THE LAST DRAGON, and ALADDIN as well as launching the Disney Launchpad: Shorts Incubator, an industry-leading program guaranteeing up to six directors from underrepresented backgrounds the opportunity to produce a short film for Disney+. Julie Ann was also instrumental in Disney's library review process leading to a revised content advisory and proactive resources for families to discuss negative stereotypes in media. In partnership with Disney Executive Chairman Bob Iger, she launched and co-chaired the company's first-ever Creative Inclusion Council dedicated to increasing inclusion and accountability in Disney's creative endeavors. Previously, she was Google’s Entertainment Industry Educator in Chief leading their efforts to shift and diversify on- screen perceptions of computer science through storytelling (a position she created) as well as having led Google’s DEI efforts in Latin America. Before that she worked at NBCUniversal managing behind-the-camera diversity programs including Writers on the Verge and the Directing Fellowship. Julie Ann has been recognized by The Hollywood Reporter’s 35 under 35, the IMAGEN Foundation’s Influential Latinos in Entertainment list and as an ADCOLOR Innovator. She serves on the boards for the Hispanic Federation, NALIP (National Association of Latino Independent Producers), and Women in Animation. A proud Puerto Rican and Cuban American, Julie Ann was raised in Atlanta, GA and earned her BA in English at Harvard University.

Moreno is a Senior Vice President of Current Series for Warner Bros Television where she serves as a creative executive on broadcast, pay cable and streaming scripted series produced by the studio.

As an accomplished Media Executive she has produced award winning shows (Scripted and Unscripted) for international and US markets. Most recently she was the Head of Latin American content for YouTube Originals, overseeing global series and events for the streamer. Previously, Margie served as the Vice President of Production and Development for NBC Universo, led the US division of International Production Company, Promofilm/Globomeda, and held various posts at such notable media companies as TBS Superstation, Lionsgate Television and Mandalay Entertainment. As Former Chair of NALIP, Margie helped launch the Diverse Women In Media Initiative, is the Vice Chair of Colour Entertainment, Co-Founded the Women's Accelerator program to support professional women, and is the Western Regional Board Vice Chair of Step Up Women's Network (a non-profit that supports under-resourced teens to become successful professional women).

Alexander Zahn is a Manager on the Netflix Original Independent Films team. Prior to joining Netflix, Zahn served as VP of Acquisitions & Productions at Sony Pictures Worldwide Acquisitions (SPWA). At SPWA, Zahn was involved in the acquisition and production of countless films including HER, ARRIVAL, DON'T BREATH, DOPE, MARSHALL and SEARCHING. Among Zahn's priorities has been championing projects from diverse filmmakers, and especially Latinx stories. He has worked on US LatinX narratives including the MACRO -produced BLAST BEAT, a coming-of-age drama written and directed by Esteban Arango, which debuted at the 2020 Sundance Film Festival — and also I CARRY YOU WITH ME, directed by Heidi Ewing, which won the Sundance 2020 NEXT Audience Award and the NEXT Innovator Award.