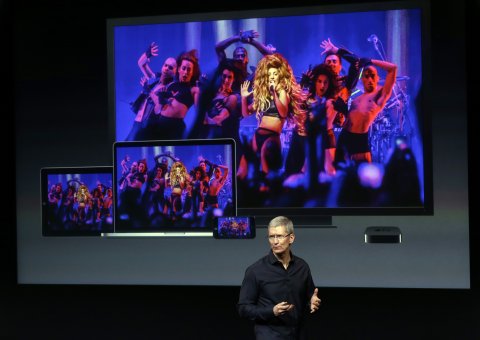 Apple is talking to TV programmers about offering their content directly over the web, according to Re/code's Peter Kafka.

The talks, which seem to be in early stages, would let people with an Apple TV access certain channels buy purchasing access directly through Apple rather than a cable company or other provider.

Apple had been trying to work with cable providers, but its progress hit a wall when cable companies expressed apprehension about Apple's ambitions for the set-top box.

Apple's plans for Apple TV may also have been pushed back when Comcast decided to buy Time Warner Cable.

Now Apple is going directly to content producers instead of dealing with distributors.

The iPhone maker wouldn't be the first company to offer web TV service.

In January satellite TV company Dish announced it would offer "Sling TV," which would give users access to 10 channels for $20 a month.

In an interview with Charlie Rose last September, Apple CEO Tim Cook said TV was "stuck back in the 70s."

"Think about all the things that have changed … and TV almost feels like you’re rewinding the clock, the interface is terrible," said Cook. "It’s awful.”