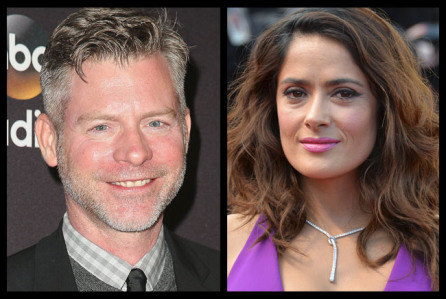 Written by Diego Gutierrez(From Dusk Till Dawn: The Series), the untitled project is described as a soapy ensemble drama about the heirs to a wealthy Mexican conglomerate, who are in the throes of a battle for its future when they all become suspects in the murder of their father. Тhe drama reflects some personal experiences for Gutierrez who was born and raised in a well-to-do family in Mexico City before attending Wesleyan University and making a life and career for himself in Los Angeles. His family is still in Mexico, with him traveling back and forth. The story on the show also spans Mexico City and Los Angeles.

Gutierrez pitched the idea to McDonald, who reached out to Hayek. The two have an existing relationship stemming from ABC dramedy Ugly Betty, which Hayek executive produced and McDonald helped develop as an executive at ABC Studios. Hayek and her producing partner Pepe Tamaz responded to the idea and boarded the project. It was pitched to ABC, which bought it preemptively with penalty, unusual for a project from sibling ABC Studios. McDonald’s Stearns Castle and Hayek and Tamaz’s Ventanarosa are producing for ABC Studios where McDonald is under an overall deal.

Gutierrez’s series credits also include Kingpin, Without A Trace and Warehouse 13.