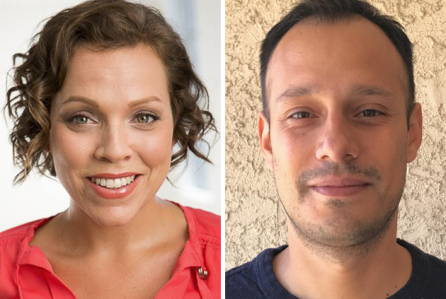 ABC has put in development of East WillyB,a half-hour comedy based on the indie web series created by Julia Ahumada Grob and Yamin Segal from Korin Williams and Monique Nash’s Kronicle Media and ABC Studios.

Written by Grob and Segal, East WillyB is an ensemble comedy that revolves around a truly unconventional family, dysfunctional neighbors who populate the last hold-out dive bar in gentrified Brooklyn. Together they’ll face life’s challenges — from love, friendship, and legacy, to family and change — realizing they can only do it if they lean on each other; their chosen family.

Described as an American story told through the voices and experiences of Latinos, the critically praised East WillyB web series, which takes on issues facing the Latino population, was named the “Latino show for the next generation” by the New York Times.

“When we created this show as a web series we did so by using our grit, emptying our piggy banks, and paying our cast and crew with our tia’s arroz con pollo,” said show creators Grob and Segal. “To have the opportunity to bring an authentic Brooklyn story to television is a dream come true for two New York kids raised on city stoops.”

Segal is an award-winning writer/director who served as head of content for Univision’s English-language channel Flama. A graduate of the ABC/Disney Writing Program, Grob’s credits include Mr. Iglesias, ABC’s Galavant, and Stuck in the Middle. Grob’s passion for writing is influenced by her nontraditional upbringing, and desire to bring the authentic stories of people of color to television.