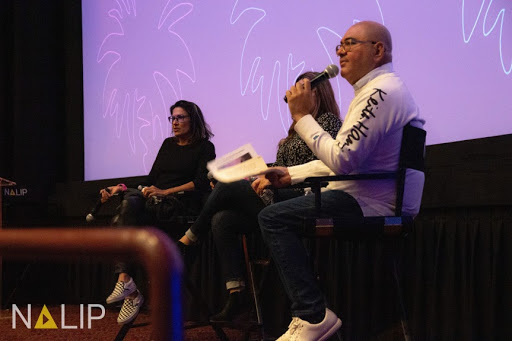 The Latino Media Fest, taking place in Century City Wednesday through Friday of this week, offers practical encouragement for creatives, despite what looks like a bleak industry picture.

It’s widely known that U.S. Latinos are grossly underrepresented both in front of and behind the camera in Hollywood. A recent USC study confirmed, among other things, that only 4% of last year’s top 1,200 movies had Latinx directors.

One of that study’s co-presenters, the nonprofit National Association of Latino Independent Producers, is trying to improve that situation by putting on events such as the Media Fest, nurturing talent, facilitating scholarships and mentorships, and arranging access to producers, agencies, networks and studio executives.

“It’s a platform for filmmakers to not only showcase their short form content, but accelerate their careers,” NALIP’s production and development manager/projects director Liliana Espinoza said of the fest, which kicked off Wednesday at the AMC Century City 15 theater complex with afternoon seminars, a networking mixer and screenings of carefully curated short films. “It’s not by coincidence that we’re here in Century City, it’s strategic. We make sure that we are within walking distance of the major agencies.”