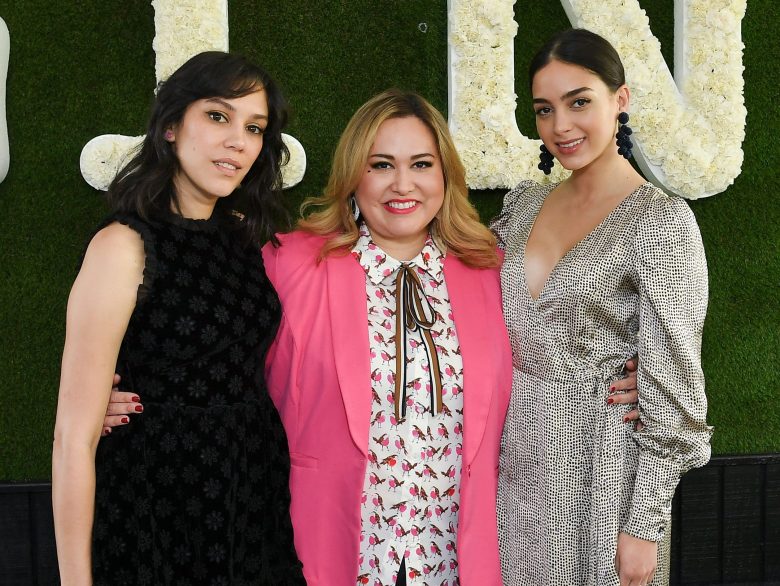 Tanya Saracho admits there’s a bit of irony in focusing on the plight of East L.A. gentrification in her new series “Vida” — and then being accused of doing the same thing.

“When we did the pilot presentation we ruffled some feathers in the neighborhood. They called us out for doing what the show is about,” she said. “I listened, they’re not wrong… it’s happening. I got called ‘whitetina’ online, and we were like, ‘Meta — let’s put that in the show!'”

“I understand why as a neighborhood the people who feel this way feel this way. They’re being displaced. It’s like erasure. Less than 30 percent of the people who live in Boyle Heights own [their homes]. And a lot are undocumented. We’re doing our best, and aware of it. We tried to use the east side as little as we could, for the topography.”

That’s why much of “Vida” was actually filmed in Pico-Union, to the west of downtown. “It’s important for us to tell our community that this is a show for them,” said star Melissa Barrera. “It’s a love letter for the Latinx community. We’re doing it as respectful as possible. But it is our stories being told. These people protesting us might be able to turn on the TV and watch the show and feel completely identified.”

“Vida” stars Barrera and Mishel Prada as two Mexican-American sisters in the Boyle Heights neighborhood of Los Angeles, who both are forced to return home and face their unresolved past, and strained relationship, when their mother suddenly dies.

Prada plays Emma, who now lives as a professional in Chicago and has mostly cut off ties from her family. Strong willed, she wants to sell off her mother’s property — but soon learns things are more complicated than that, starting from the fact that her mother was married to another woman. “It’s really an honor to play ‘unlikable’ women because they’re really incredible characters to play as anti-hero and I think as women we haven’t really gotten to see too much of it, especially as Latina women,” Prada said.

Barrera is Lyn, a carefree woman who causes trouble in others’ relationships and must contend with her own actions.

Starz has just made the premiere episode of VIDA available for free on its website, as well as on YouTube and Facebook — and it’s worth a watch. The show has an incredible 100 percent verified fresh rating on Rotten Tomatoes, for starters. Created by Tanya Saracho, the show explores relevant topics like gentrification, sexual fluidity, even predatory loans and more.

“Vida” creator and executive producer Saracho has come a long way in a short time after first moving over to television and experiencing that initial disappointment. A celebrated Chicago playwright, Saracho began dabbling in TV on a lark, first on “Devious Maids” and then “Looking” and “How to Get Away with Murder.” Now she’s hooked.

“I have guilt about that. I only came here so I could support my theater habit, my life, and now when I close my eyes, there used to always be a play,” she said. “Theres no plays in there, just TV shows. It makes me a little sad because I’m a theater baby!” 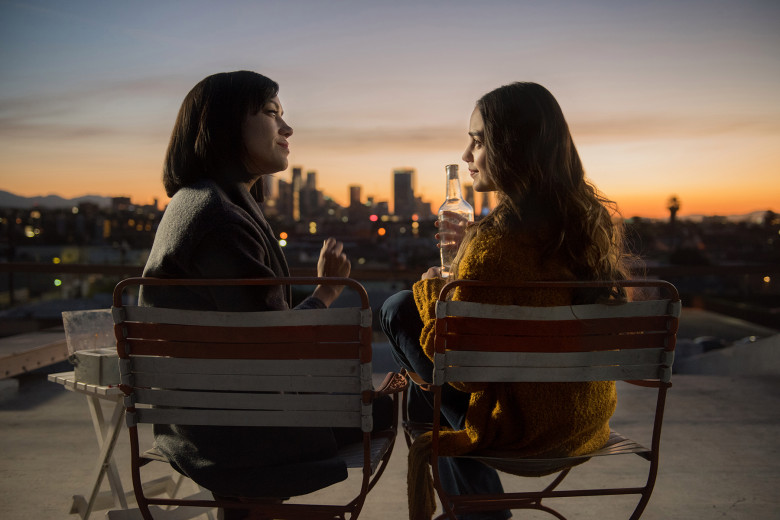 Barrera said Saracho “is creating a genre of her own. You can see our show and it looks so different. It feels kind of raw, its not as calculated and perfect as television.”

Saracho is also taking what she learned over the years on those other shows and looking to take advantage of her role as showrunner by offering opportunities to others, and mentoring what might be the next generation of show creators.

“At Shondaland six out of nine writers were of color, not Latinx, but I was like, wait, I can do that but for the whole room? ‘Atlanta’ had done that, then I can do that,” she said. “That was not an argument for Starz… and not just the staffing of my writers room, which was all Latinx, for my cinematographer that was the first time she had run a unit. The argument was you took a chance on me, take a chance on her. All those things and the story things, they trusted.”

One other thing Starz trusted: “Vida” takes a deep look at sexuality and what it means to be queer in the Latinx community.

“We don’t have a lot of narrative on tv or film, mainstream film of brown queers,” she said. “Latina queers, I can’t think of that many. ‘Orange is the New Black’ but front and center we don’t. We have a lot of queerness on the show but I’d say we’re not a queer show. The creator is queer so it’s going to be in there. And my queerness informs how Emma sees herself. As we keep exploring, we’re going to source myself a lot.”