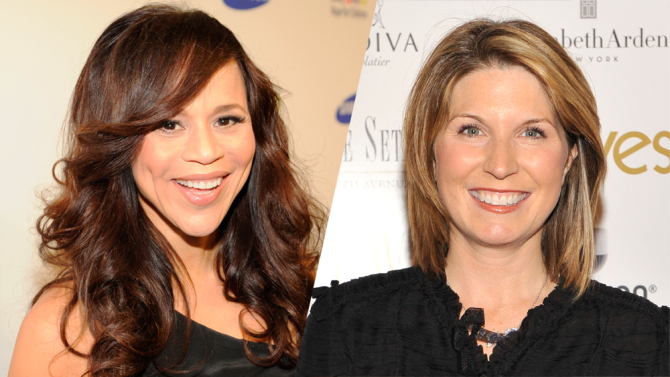 “The View” makeover is complete, as actress Rosie Perez and Republican PR vet Nicolle Wallace are said to be close to deals to join the ABC daytime talkshow alongside Rosie O’Donnell and Whoopi Goldberg later this month.

Both women have done guest stints on the show this summer as “View” underwent a top-to-bottom remodel that included everything from a revamped social media presence to key hires like “Rachel Maddow’s” Bill Wolff, after the departure of co-hosts Jenny McCarthy and Sherri Shepherd and Barbara Walters’ retirement.

Word of Perez and Wallace’s imminent appointments was first reported by Deadline.

Check this out on Variety.com.