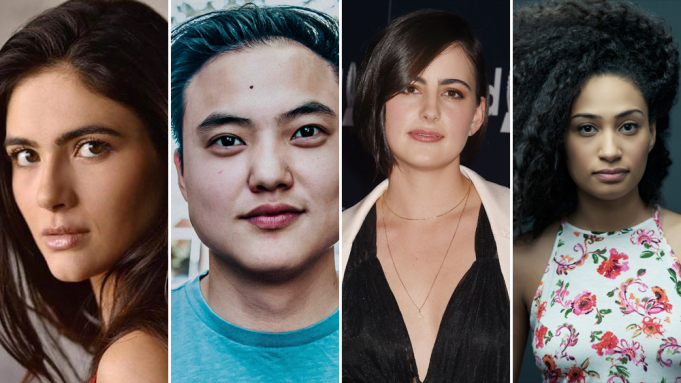 Arienne Mandi (Baja), Leo Sheng (Adam), and Rosanny Zayas (Orange is the New Black) are set to star in the forthcoming sequel to Showtime’s groundbreaking drama. Executive produced by showrunner Marja-Lewis Ryan (The Four-Faced Liar, 6 Balloons) the series is set to begin production on eight episodes in Los Angeles this summer.

As a follow up to the original series which ran on the premium cabler from 2004-2009, The L Word: Generation Q continues to follow the intermingled lives of Bette Porter (Beals), Alice Pieszecki (Hailey) and Shane McCutcheon (Moennig), along with new characters Dani Nùñez (Mandi), Micah Lee (Sheng), and Sophie Suarez (Zayas) as they experience love, heartbreak, sex, setbacks and success in L.A.

Dani is a powerful and calculating PR executive whose ambition is only tested by her conscience. Micah is an earnest, soft-spoken adjunct professor who is forced to confront his fear of vulnerability. Sophie is a TV producer who guards her heart and is quick to put other people’s needs before her own.

NALIP Member Nancy Mejia, who participated in our 2018 #WeAreInclusion Campaign and will be speaking at our 2019 NALIP Media Summit as a part of the 'Writing the Breakthrough' panel, will be the executive story editor for this series.